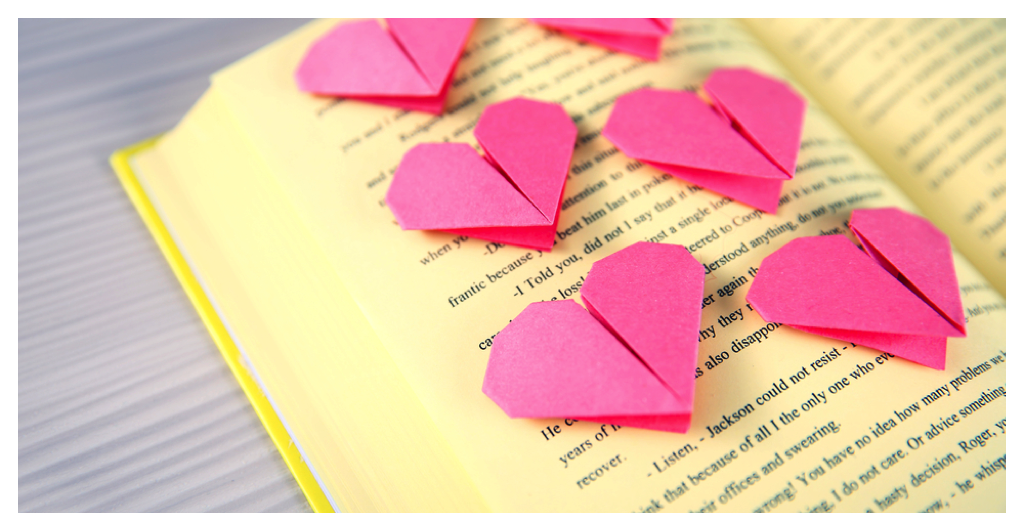 I have a somewhat complicated relationship with romance novels.
I respect them, I know they’re there, have read a few, but past experiences have left me well, a little traumatised.

Let’s start from the beginning- the actual beginning, before my mum gave birth to me, in fact.
Due to illness, my mother had to be in hospital when she was pregnant with me for the last month of her pregnancy. So you can imagine she was going a little bit stir-crazy being cooped up in a bed with nothing to do. In comes my Nan. Nan is an avid reader, of only one genre. Yeah, you guessed it- romance novels. This is Mills and Boon and Harlequin Romance stuff. ‘Stick Books’, as my Nan calls them. Anyway, Mum read a bunch of these in the days leading up to giving birth to me, and it was in a Mills and Boon novel that she came across the name ‘Carissa’. (Which thank god, because being a massive Daryl Hannah fan, she was seriously considering a baby Daryl regardless of gender).

Fast-forward to me being a precocious eleven-year-old, stocking up on the maximum amount of Sweet Valley High and Baby-sitters Club from the school library before going to stay with Nan and Pop in rural Australia. In true Carissa-style, I’d read all of these by day three. So I had to raid Nan’s book collection for the remainder of my time there. I read one of these books, and oh my goodness gracious, there was some romance going on. It wasn’t graphic, like Fifty Shades of Grey, but it was all soft-lighting, laying a woman down by the fire and whatnot. And all the sex they had was passionate as hell. Part of me was a bit horrified that my Nan read this stuff, (and just quietly, may have contributed to my future misconceptions about what sex should be like), but later on in life, I kind of dig it. Nan is shameless in her choice of book, she’ll be reading them in the kitchen, with Poppy there watching TV, in waiting rooms, and she does not give a shit about what anyone else thinks. Why can’t we all be this way?

As a teenager, the only real love stories I ventured into, were by VC Andrews , which were dark and complex. Apart from the Wildflower series, I would be tentative about letting teenagers read anything else by her, because it’s a wee bit intense and there are some horrific stories of abuse of women within them. The Wildflower stories were more coming-of-age than romance, but I found that there were more realistic depictions of relationships, particularly within the titles Misty and Star. However, during my teenage years, my favourite relationship within a series was with Lee and Ellie in The Tomorrow Series by  Aussie YA writer John Marsden. The characters were together out of necessity, but it was an emotional, understated, and exclusive feel, completely controlled by Ellie, which I think is empowering and important for young women to read early on.

Fast-forward a few more years when I’m dating a guy, and his mother finds out I like reading. She loans me her entire Nora Roberts In The Garden trilogy. Considering I was on a bit of a Patricia Cornwell and Kathy Reichs kick at the time, I found Roberts a little bit soap opera-ish. Even so, if you like something with a tiny bit more storyline than your average ‘Stick-Book’, a bit of mystery, scandal, murder, and in her later books, some glorious witchy stuff, then I say go for it, why not. However, I was taken aback by the sex scenes, and that this seemingly meek house-wifey type was indulging in some  content that was pretty steamy in my opinion. It made her more human, and slightly less scary.

In university my beautiful best friend introduced me to Phillippa Gregory, a lady skilled in the art of historical fiction. You might be familiar with her works that have been made into films such as The Other Boleyn Girl (which they grossly mis-cast the role of Henry, who was supposed to be a borderline impotent old man, not sexy Eric Bana), and also the The White Queen, The Red Queen, and The Kingmaker’s Daughter will be adapted into televised dramas for the BBC. I have to admit, that The Constant Princess was my favourite. Gregory has a bit of a gift when it comes to interlacing the raunchy into truly wonderful human connections, and sometimes tragic, when these romances are often cut short by obligations to high court.

Later on, I started reading the Sookie Stackhouse Series. As melodramatic as it was, I am not even a little bit ashamed to say that silly shit like Eric losing his memory due to mean witchy intervention in book four and becoming a better man, leading to Sookie falling in love, then later forgetting the entire affair when he regains his memory, and reverts back to being a shithead, did hurt my heart a little (not a spoiler, everything goes pear-shaped). But romance needs are different for everyone. Turns out I just like brooding emotionally unavailable gents who wear a lot of black like Bill Compton and Eric Northman instead. There’s no shame in this. I did cop some shit for it, though.

So later down the track when I heard stories of women making book covers to conceal their raunchy material that they were reading on the train or out in the park, I felt a twinge of sadness. Especially when Fifty Shades of Grey came out and became the butt of a joke, titled ‘Mummy Porn’, and by extension, women’s sexuality was ridiculed, too. Was it the appalling writing, grammatical errors, and EL James’ audacious nature, or was it the fact that women were reading books that got them off? I understand the concern caused by books such as Fifty Shades and Twilight that make people worry about promoting abusive relationships, but hell, when you look at classics like 1984 and Brave New World, women objectification has been in literature since forever, why are we only kicking up a fuss about it now? Be pissed off across the board, don’t just attack women writers about it.

There’s nothing wrong with needing a little literary somethin’-somethin’ to get through the day, guys and girls alike. Just be respectful. Peace.