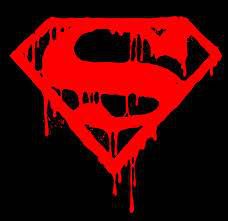 It was the first time I consciously disobeyed my dad. The first time I remember anyway. It was a gorgeous summer day and I was 13 years old. The rest of my family was outside enjoying the weather before it turned humid and muggy. I had other plans.

Back in the winter my dad brought home two mylar-wrapped copies of The Death of Superman for my brother and me. I remember his heavy wool coat and how the shiney package was still cold from the outside. This was my first comic book. We hadn’t asked for them; my dad had just heard about the issue and bought us copies.

“That will be very valuable some day,” he told us. “But you can’t open it. It’ll be worth more money if it’s unopened and in good condition.” I reluctantly squirrelled the comic away. Still thinking of the blood red S on the cover.

This was Superman. Superman! He could stop bullets and throw trucks and fly so fast he could turn back time. I knew because I watched it countless times on the Saturday afternoon movie–my head propped up on my hands, elbows raw from the nobby carpet in the family room. Superman was like Indiana Jones and Luke Skywalker and the Goonies. Superman didn’t just die.

On that summer day, my curiosity got the best of me. If the comic book was still in good condition, even if the wrapper was opened it’d still be worth some money, right? Not the million dollars I’d be sure to get for an unopened copy. But even if I only got half the price, that’s $500,000, which would at least get me a giant mansion and limo with a pool in the back. I’d just have to work instead of spending my days diving into a room of gold coins. I could make this work. I could read this comic and still be rich.*

I snuck downstairs and pulled the out the new sharp scissors from the junk drawer instead of the dull old ones. I ran back up to my room and quickly closed the door. Whew. Hopefully returning the scissors would be just as easy.

I took a pause before walking over to the closet. Like Indiana Jones in the jungle temple, I tentatively removed my treasure; convinced that if I got caught, a giant bolder would be the least of my problems. I still remember the sound of crinkling mylar, now warm from the summer heat. With the precision of a 13-year-old surgeon I cut the wrapping open along the top seem.

The book was heavier than I expected; the cover was a thicker stock than the floppy comics I had seen in the spinner rack and the toy store we rode our bikes to. I curled up in the space behind my bed to finally find out what happened to Superman.

I propped the comic up on my knees, holding it open with both sweaty hands. The whole experience felt illicit, like when my friend snuck her mom’s romance novel on the bus and we read the dirty parts. The cover was almost sticky from the gloss and everything smelled of the mylar bag. The colors were bolder and brighter than anything I had ever seen in a book. Metropolis looked like Oz and Superman spent a lot of time punching a giant rock monster that I didn’t recognize.

And then it was over.

I slipped the comic back into the wrapper as neatly as I could and packed it away in my closet. My mom was in the kitchen working on dinner when I got back downstairs. “Are those the scissors?” she asked over her shoulder.

“I needed them,” I answered in my snotty pre-teen voice.

* I am still this terrible about money and how much things cost.