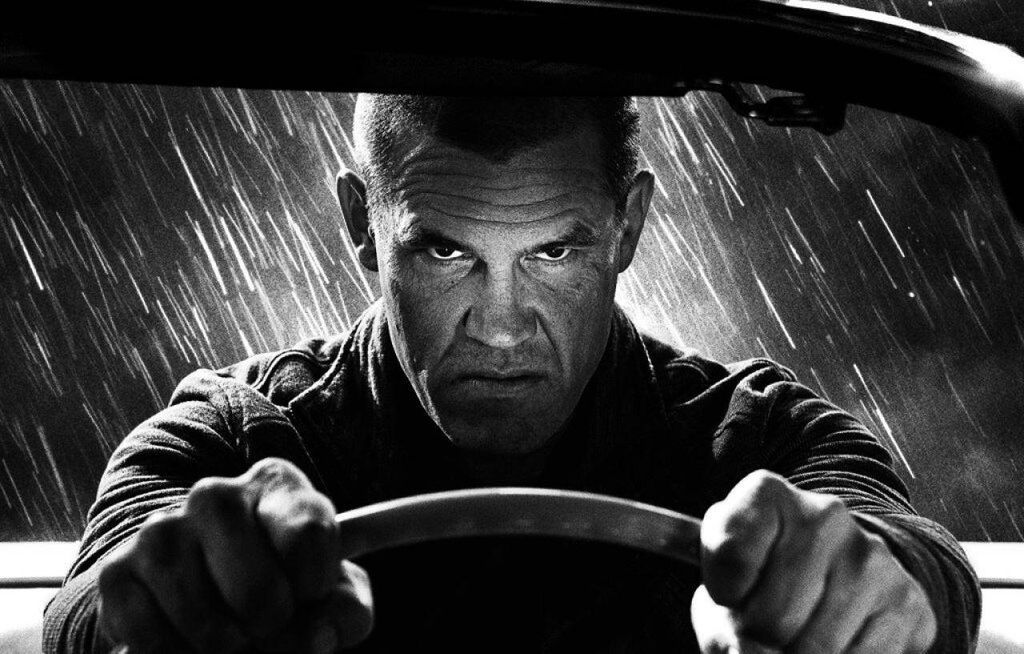 When the first Sin City movie came out, I was thrilled.

I saw the film in the theater. I bought in on dvd right away. I watched it over and over again. I delighted in what I saw as transgression, the forceful depiction of mature-themed comic books on the big screen.

At the time of the first film comics were still getting the “bam, pow!” press coverage. I found this so tedious, so tiresome. I loved complicated, grotesque, boundary-pushing comics! I loved Hellblazer and Sandman, I loved Love and Rockets and Strangers in Paradise. I loved a great deal about Frank Miller’s Sin City.

I’ve always been a fan of noir and hard-boiled detective fiction. I love the worlds of noir, the grim and cynical wisdom. I love the fact that the people of noir are connected, that everything impacts everything else no matter how isolated folks try to be. The worlds of noir are worlds full of people desperate to stop being connected to others, who are inexorably dragged into webs of relationship impossible to escape.

The past haunts you in noir, because the people won’t leave you be.

Sin City owes a lot to noir. It’s grimy and desperate, and everyone in it scrabbles to retain the power they can manage to hold. There’s nothing kind in Sin City, nothing clean, nothing easy. Love is tainted in these stories because connection to other humans is weakness, vulnerability. The thing you love is what can be taken from you. The thing you love is where you can be broken.

When the first movie came out, I was thrilled to see all of this writ large on the screen. I loved Robert Rodriguez’s hyper-realistic filming, the way color was used for emotional effect, the way the angles reflected the sightlines of comic panels. I felt very proud of seeing the movie in the theater. “This,” I wanted to say, “this is what comics can be! This is comics! Look how non-cheesy it is! Look how grown-up it is! Can we stop saying wam pow all the damn time, please?”

Sin City: A Dame To Kill For opened this August. Something happened, between the first movie and this one. A couple of things, maybe. The world changed, and I did.

Violent disconnection from other humans doesn’t look brave to me anymore. It doesn’t look transgressive to hate and fear other people. It’s not edgy to depict the myriad abuses of power without critiquing those abuses. It’s childish. It’s immature. It is the thoughtless nihilism of people who are super-angry to discover that they are not the special center of the universe.

No-one is special, except in that magical way that we are all, all of us, irreplaceably special.

You are the center of nothing. But you are unavoidably connected to everyone else.

The latest Sin City film came to the theaters and went. I did not see it. When I want to see a comic book movie, I think I’ll watch one of Marvel’s Avengers-related films. Stories in which people matter, in which friends and found family help us all become better than we might otherwise be. These days I want stories about the good we can all do, when we reach out to each other in good faith and intention.

The world needs saving. It needs to be saved by us. And we won’t get there if we hate and fear each other.

I don’t live in the relentless dark of Sin City anymore. I prefer the light, instead.