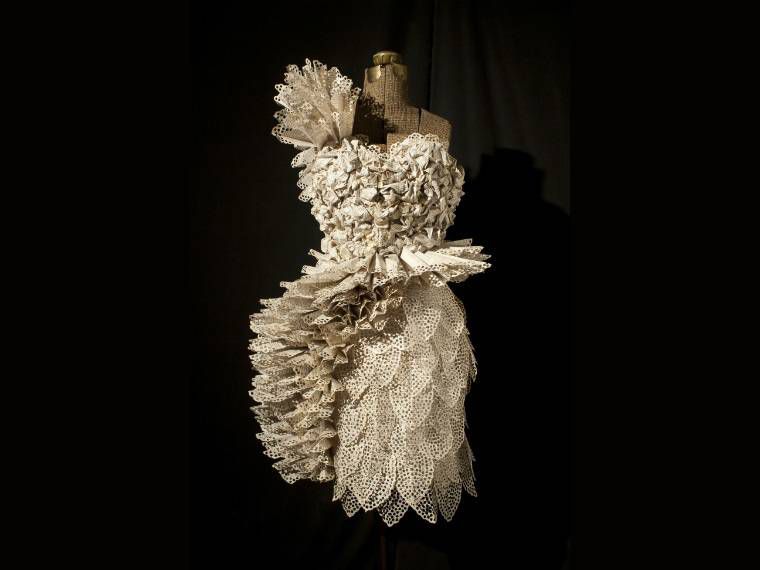 I grew up in a time right before the “geek boom” of the late 90s/early00s. A time before it was widely accepted to like superheroes or comic books. A dark time when people calling you things like “nerd” or “geek” were drawing a comparison between you and pop-culture characters like Screech from Saved by the Bell. If you did something that could be considered a favorite pastime of one of these character, you could be branded “an Urkel” forever.

Unfortunately, reading comics was absolutely one of those illicit activities and, if I wasn’t reading the latest Goosebumps book, I was reading comics.

My gateway was probably the Teenage Mutant Ninja Turtles comics (the Archie ones based on the cartoon), and I read them so many times that the covers fell off. Around then, my dad got me the Death of Superman comics and I loved every issue. I also remember the frustration of desperately trying (and failing) to track down the issues of Spider-Man that were involved in the Maximum Carnage storyline.

I loved comics. And I loved superheroes most of all.

Eventually, though, I got older and began to resent the fact that I was branded with this “nerd” label. I didn’t have tape holding my glasses together. I didn’t snort when I laughed. I was (mostly) capable of talking to girls without embarrassing myself. I wasn’t a nerd, but the only way to prove it was to stop doing things that others considered to be “Screech-like” activities. So I stopped reading comics, turning my back on the things I loved for the sake of the only two power gems on the juvenile-sized Infinity Gauntlet: popularity and acceptance.

Or more accurately “angst” because I had suddenly become a teenager full of wacky emotions that I didn’t know what to do with, so I began to channel them into a new obsession. My fondness for the Goosebumps book series and general predilection for scary stories and monsters grew into an affection for all things horror, especially horror with a sense of humor. Around this time, I stumbled upon a television series that would spin my life into an unexpected direction: Buffy the Vampire Slayer.

Now, I loved the show (and still do, very much), but it was specifically the character of Oz that affected me in a way that changed my life. For me, Oz was the epitome of cool. He had style, confidence, spoke in funny one-liners, drove an awesome van, dated Willow Rosenberg (my fictional character crush at the time), and he played guitar in a band. I looked up to him, and moreover, I wanted to be him. So I changed my hair and started dressing in a way that emulated him, but it wasn’t enough. I couldn’t drive a van yet (I was only fourteen) or date Alyson Hannigan (just a smidge out of my league), but I could absolutely beg my mom for a guitar and teach myself how to play.

And for a while I sucked. Then I started to suck less. So I started a band with my friends. And then another. And so on through high school. I ended up being a part of a half dozen or so bands from a variety of genres (metal, punk rock, emo, etc.), focusing mostly on covers rather than original songs. We played lots of basement shows and tiny venues in the three or four counties surrounding my little town in Indiana. I would never have considered myself (or the bands I found myself a part of) “good” by any stretch of the definition, but it was fun and I felt great doing it.

Then something started to happen that I wasn’t expecting. I started to get bullied. A lot. The other bands would make fun of me. Show promoters would book my bands ironically. Scenesters would trash my car while my band was playing. Everyone knew me and no one accepted me. I was the walking punchline of my local music scene.

At this point, I was the frontman in a pop punk band that slowly started to phase me out. They would have practices without me. They invited a new singer to join, claiming that dual singers were “really in right now”. Eventually they became a new band entirely in the hopes I would get the hint without a confrontation.

I was pretty upset about it. So I started to focus those feelings into some songs that were a little more mature and moodier sounding than ever before. Eventually I found a notice for a band that was looking for a new guitarist, and I tried out. I played with them and it went really well, so they asked me if I had anything original. I played them one of the new songs I’d been working on and they offered me the gig on the spot in hopes that I would agree to write original songs for the band (which had exclusively played covers at this point, and were ready to branch out).

So, I made a deal with myself. I would go all-in on this new band and see where it took me. If it went well, then great. If not, I would quit music forever and start chasing other endeavours. I bought a new guitar and a half-stack amplifier with a bunch of new effects pedals in an effort to really “bring it” in terms of professionalism. We practiced five times a week with songs I was writing with any free time I had available. Eventually we had six solid songs that we were incredibly happy with, so we threw together an E.P. that turned out better than we’d even hoped (especially considering it was recorded in my living room), and immediately booked our first show.

No one at the show had any idea that I had gotten a new band, and I specifically remember hearing laughter and heckling as someone in the audience spotted me taking the stage. But I had something to prove that night. I wanted to show everyone that I belonged there. That I deserved to be one of them. So I shut out everyone and everything but the music and just played.

And we absolutely killed. When we got off stage, everyone in the place wanted to talk to us. People who had dismissed me, now approached me one by one to say how much they genuinely liked my new band, and even apologize for ever doubting me. Promoters from other venues were asking us when we could be free to play a show for them. We went to our merch booth and people were lining up to buy our E.P. It was an incredible night. One of the best of my life.

So you can probably guess what happened next.

One night, a few of the guys showed up at my house and told me I was out of the band. The hardcore/screamo scene was heating up big time, and they wanted to take the band in a new direction and blah blah blah… The point was that the band that had finally earned me the respect from my peers I so desperately wanted was over, and I suddenly came to the realization that, even when successful, I had somehow found a way to fail at being a musician.

So, as promised, I sold all of my instruments and equipment, quitting music forever. That happened in 2004 and I haven’t picked up a guitar since.

I’m genuinely happier now, but at the time I was sort of a wreck. All my hopes and dreams had ended and I didn’t know what I wanted to do anymore. I was lost. So, I found solace in a television show that had always brought me so much joy when I was younger: Buffy the Vampire Slayer. Rewatching it from the beginning, it occurred to me that these hopes and dreams I supposedly had weren’t actually mine. They belonged to a fictional character that I was just trying to emulate. A character that had been so meaningful to me that it had literally changed the course of my life. Who could have been responsible for such a thing?

And that’s when I discovered Joss Whedon.

After quickly running out of his television series to watch, I started looking for other things Joss Whedon had created. I found Fray by Joss Whedon and artist Karl Moline, a comic book miniseries and Buffy spin-off about a future Slayer fighting evil in a world with flying cars. It’s basically Batman Beyond with vampires and it’s crazy awesome. After devouring that, I was hungry for more so I went to a comic shop for the first time in years, telling the owner about what I’d just read and asking for suggestions. They told me that I’d shown up at the perfect time, pointing out a new comic that had just been released.

I was a weekly comic book reader from that moment forward. Through comics, I found friends and formed an identity that was much more true to myself. What I liked about being in bands wasn’t the music (although that was great), it was the idea of belonging somewhere. I went to shows and saw all of these people who were outcasts in a variety of ways, and had united in a shared passion for music. But that wasn’t my scene. I didn’t really share their passion and I think they could tell, so they rejected me for it. It wasn’t until I went to my first comic convention and saw a scene full of a different kind of outcast that I realized what I’d been missing out on. These people didn’t reject me. I could talk to almost any of them and find myself embraced as one of their own.

I spent my teens and early twenties hiding behind a false label because I was afraid that the truth would ostracize me from my peers. But it wasn’t until I abandoned my faux identity that I found the strong, long-lasting friendships I have today. Now, I consider myself a comics fan, a podcaster, a writer, and I’m even well on my way to becoming a creator with a comic of my own. All because I stopped fighting my true nature and embraced my love of comics.

In comics, I found myself. I found my scene. I found people who were like me.

I finally found what I’d been searching for all this time.