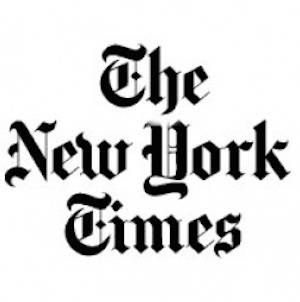 The following is a guest post by Eric Federspiel

Eric Federspiel is a former teacher who has a soft spot for all-ages comics. Find him on Twitter: @e_federspiel.

If I have a superpower — and I just might — it’s the ability to think like a teenager. While this power might seem to have limited usefulness in my daily life today, it served me extremely well in my former life as a high school teacher. In fact, it was Teenthink (as I heretofore dub this ability) that led me to first started reading comics at the ripe ol’ age of 29 years old.

Just before my fourth year of teaching high school English was to begin, I was informed by my principal that for the first time, I would be teaching one section of World Literature. I couldn’t help but be disappointed. I knew from colleagues that the texts we would be reading in World Lit. were…well…a little dry, to say the least. A quick browse through the textbook only confirmed their opinions.

Thankfully, in the depths of my despair over what I felt was a sentence to “teach” a classroom full of sleeping students, Teenthink kicked in. I imagined, as if I were actually thinking like my students, how incredibly bored I would be if I had to sit in class for 90 school days reading such riveting texts as the poems of Basho, Beowulf, and Indian folklore. There had to be a better way, I thought, to convey the richness of other cultures’ literature than through reading excerpts of 2,000 year-old translated texts. In Teenthink, this expressed itself as, “Ew. Doesn’t Harry Potter count as world literature? Why don’t we read that?”

Since I was pretty sure that asking my principal for permission to teach “Harry Potter” would go over like a Tootsie Roll in the school pool, I had to look elsewhere for an answer. Through some research (okay, through a couple of Google searches) on the Indian epic The Ramayana, excerpts of which were included in our World Literature textbook, I stumbled across a comic book called “Ramayan Reborn.” As it turns out, just months before the start of the school year, author Deepak Chopra — in cooperation with the fledgling Virgin Comics — had helped to create a line of books focusing on Eastern (specifically Indian) legends. One of these books, “Ramayan Reborn,” was referred to by Chopra’s son Gotham — seriously; that’s his name — as “the Lord of the Rings of Asia.'” Perfect. Too bad that the first arc wouldn’t be completed until long after the semester would end.

Although I missed this opportunity to bring comics into my classroom, I continued my ‘research’ into the medium by heading to my local comic shop. I was immediately overwhelmed by the number of titles on the shelves. Due to some vestige of collector mentality still hanging around from a youth of buying and trading baseball cards, I was immediately drawn to any issue with a “#1” printed on the cover. Vaguely remembering an affinity for Green Lantern’s power set, I bought Green Lantern Corps #1. I was less than impressed. Something about the story just didn’t grab me.

Undaunted, I turned up at my LCS shortly thereafter to give comics another shot. As it turns out, a new weekly series by DC Comics called 52 was beginning, and the helpful store clerk suggested that it would be a great point to jump in to reading comics. None of the characters were ‘A-level’, and therefore didn’t have a whole lot of complicated backstories that I’d have to know in order to enjoy the story. Sounded good to me. I grabbed the first issue. A week later, I returned for the next installment. And so on, and so on…

I was hooked. I ventured out into other titles associated with 52. First Booster Gold, which led me to other stories by Geoff Johns, which led me to Justice Society of America…I was off and running.

Later on in my teaching career, I’d have the chance to introduce comics into my classroom. Maus, Bone, and even DMZ were just a few of the titles to which my students immediately gravitated. My at-risk students, who often actively hated reading, found particular joy in comics’ interplay between story and art. Often intimidated by the heightened vocabulary of the school canon of novels, comics became these students’ gateway into their first enjoyment of reading.

So as it turns out, my Teenthink was dead-on. With the infusion of comics into my classroom, my most struggling students found motivation to stay conscious during class, and the relationships formed between them and myself as a result of this jointly shared discovery lasted well beyond their time in my classroom. And for that, I’m eternally grateful to comics.