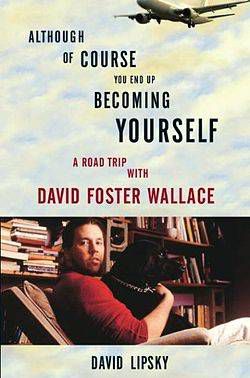 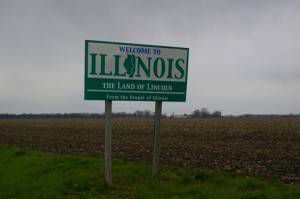 For the past month, on the daily subway ride from Brooklyn to Manhattan, I’ve been reading Although Of Course You End Up Becoming Yourself, David Lipsky’s five-day interview back in 1996 with David Foster Wallace. Lipsky’s book, not published until after Wallace’s death, is full of some weird book magic. Lipsky’s been sent by Rolling Stone out into the Midwestern hinterlands to travel with Wallace on the last stops of the Infinite Jest book tour, and part of the book’s appeal derives from a road trip’s shared motion: world gliding past, fields and farms become suburbs and cities become fields and farms, day becoming night, the flash of headlights, the sound of each other’s voices and the shared silences, the windshield glare and dashboard glow. For me it was the glow of the iPhone in my hand as the subway rocked and shook around me, tunnels and stations passing. Barreling underground it was easy to feel I was on the road in late winter Illinois with the two Davids talking writing, television, movies, music, and life, Wallace alternately swigging Diet Pepsi and spitting tobacco.

Lipsky presents the interview primarily as a running dialogue, with the occasional bracketed aside. In one of the briefest of the asides, Lipsky mentions Wallace’s sister visiting her brother in a Boston psychiatric facility and cutting Wallace’s hair, a moment that is small on the page but feels hugely moving. This was during graduate school at Harvard, when Wallace went to student services and asked for help—something he was proud of because it proved he wanted to stay alive. In another aside, Lipsky considers an even younger Wallace, returned midway through undergrad at Amherst to his parents’ home in Illinois, feeling like a failure, driving a school bus, reading and reading, and—and this is my read—wondering how much might be possible for his life given the severity of what was his first serious bout of depression. Thinking of the eventual critical exuberance and acclaim for Infinite Jest, Lipsky writes: “Wouldn’t it be great to fall in through this transcript, back to [his parents’] house, and tell him to live differently, explain to him how it was all going to go? It’s suddenly odd that this isn’t possible.” 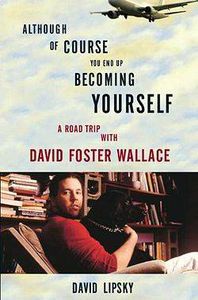 Looking back from now, Lipsky’s desire to reach in through the text to speak to Wallace is especially haunting, an impossibility that feels “odd” because of just how alive Wallace is in this extended interview. As he and Lipsky gradually build rapport, every next page Wallace seems more and more alive and real, until we’re sitting back at his house and playing with his dogs, talking deep into the night, listening to Wallace’s take on the courage required in deciding for who and for what we’ll live our lives, what kind of effort we’re willing to make to reject our culture’s constant offer of escape via materialism and entertainment, and how honest and loving we’ll be in the treatment of ourselves. This call to live better is of course terribly sad because you get the feeling Wallace intimately knew the challenges of being alive on an intense cellular level unimaginable to most. And this is what I mean by weird book magic: Wallace is gone but then again here he is in these words Lipsky’s recorded forever but then again here’s the book’s afterword with quotes from Wallace’s family following Wallace’s suicide and then again here’s Wallace spearheading a joyful run to McDonald’s and then again I keep remembering a story Wallace wrote while in college describing the marrow-deep physical pain of depression.

Back at home following my daily commutes with the Davids, I was also reading John Locke and Anne Carson. One takeaway that feels related: Words fail us; words are all we have. In one of his stories, Wallace describes words as a kind of tiny keyhole through which we struggle to communicate the gigantic-always moving-emotiointellectual reality racing inside us. The limitations of words and language are a focus in Locke’s Essay on Human Understanding, parts of which seem to echo or rather foreshadow parts of Wallace’s celebrated Kenyon College commencement speech. Locke’s argument that words are several steps removed from reality might be diagrammed like so:

By the time this word leaves our mouths or hits the page and reaches the listener/reader a couple more steps slip past, the word and the idea it generates in the listener/reader sliding further and further away from the actual first-thing event. Locke describes consequences of this distance between words and what they signify, including 1) our ability to manage abstract thought and contemplation, something that makes much of human life possible but that, 2) given words’ somewhat flimsy connection to actual event, leads to all manner of miscommunication and misunderstanding, as we take for granted language’s ability to fully convey specific intended meanings.

One of Locke’s prescriptions is to try to hold off on attaching words to experience as long as possible. Though Locke doesn’t offer much advice on putting this into practice, it’s worth trying. Take a walk somewhere where you’ll confront a variety of sensory experience. As you go, keep your head up, eyes open, and try to turn off that part of your brain that wants to put what you see into words. In a very conscious but nonverbal way, just see what you see. This is perhaps a first step toward eventually, on some very fundamental human level, being able to just feel what you feel, to moments of real human emotion and experience not reduced by language, and thus perhaps to at least dipping a toe into what that famous Wallace commencement speech identifies as “sacred,” a moment of being that’s “on fire with the same force that made the stars.” 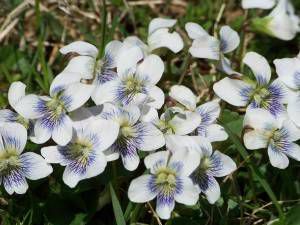 Delaying the urge to language is odd advice for readers, especially in the context of Wallace, who pushed and stretched language like few other writers. This is the contrast captured in poet Charles Wright’s line about Easter-time quoted in the title of this piece: yes, “our mouths are incapable,” but still it’s worth saying, “white violets cover the earth.” And even though more and more reading happens on electronic devices, it’s worth remembering that books and the words they contain take up real-life physical space. Infinite Jest weighs 3.2 pounds! Inside we have the massive Don Gately, one of my all-time favorite fictive American heroes, a man who exists in the words that carry him into the reader’s mind to be transformed into something more—a writer like Wallace can make a character like Gately seem so hugely alive that it’s impossible to fully describe him. We can sum up the particulars, but, as with the best things in life, sharing pages with Gately is a felt experience that pushes language’s descriptive abilities.

All of which brings me to Carson and her book The Beauty of the Husband. It’s a quick read, what Carson calls a fictional essay of 29 tangos and what mostly feels like narrative verse. The book explores a big abstract question—the relationship between beauty and truth—made personal and particular in the troubled marriage of an unnamed couple, the husband as Beauty and the wife as Truth. Just after finishing Carson’s book, I couldn’t have told you much more about it than what I’ve just written, but by the time I’d climbed from my recliner and walked across the apartment and was standing over the sink, the water running not quite into a glass, some feeling had me leaning against the refrigerator. It was a sudden, real sadness that Beauty and Truth can’t make it work—a phrase that makes me laugh now but was the best I could manage then, and now we’ve already left those few words behind but they’re still here on this page and I hadn’t yet begun to think about how to describe evening sun angling across kitchen cabinets and the stillness there after the closing of a book, before the breeze rattled in through the window screen and me in my skin.