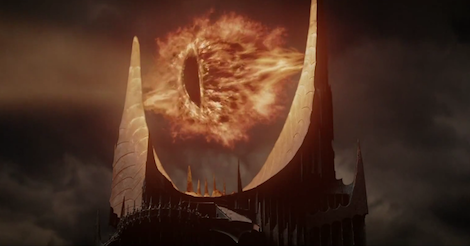 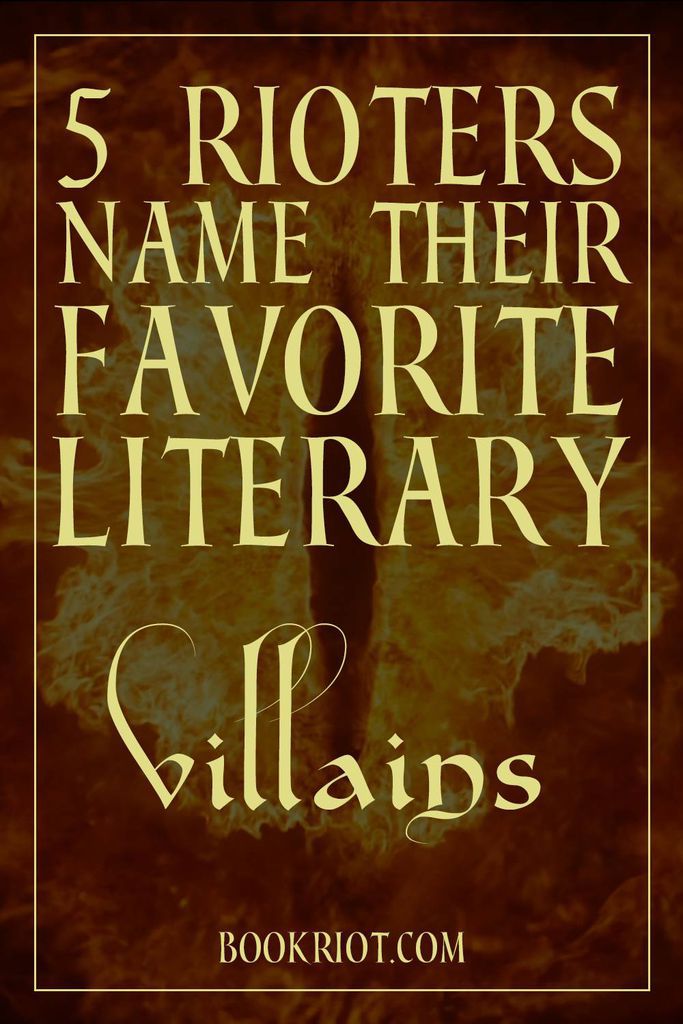 There’s nothing better than a great villain. Here are some of our favorite literary villains:

Sauron from The Lord of the Rings

Sauron is one of the scariest villains in literature. During the Third Age of Middle-earth he has no physical form, instead appearing as “a great eye, lidless, wreathed in flame” (to quote the movie). He commands a host of very squicky, very bloodthirsty orcs, nazgul, and other sundry creatures of the night. Oh yeah, and has the ability to possess people via the original horcrux, The Ring of Power. Kudos to Frodo and co. for taking this guy on. I’d be tempted to hide in my Hobbit hole and wait out the storm.

The Darkling’s role in Shadow and Bone, the first in the Grisha Trilogy, is too spoilery to really dissect all the ups and downs that make me love him, but Bardugo gives him so much more depth than your typical Bad Guy Out To Take Over. Throughout the series, we’re privy to The Darkling’s very human feelings of loneliness, confusion, hesitation, his distracting attraction to a certain pawn in his game, his (oh, dear) mother issues. The result is a strange sympathy for a character who ultimately does some very horrific things for his own personal gain. It does not help that he is a participant in one of my favorite literary makeout scenes of all time.

IT from A Wrinkle In Time

If you’ve never read this series, it would probably be good to know that IT is an oversized, disembodied brain that rules over the inhabitants of the dystopian planet Camazotz (where the protagonist Meg’s father is being held captive). Camazotz is a place where conformity is law–all the houses are uniform, all the people act the same strange robotic manner–and any deviation from the norm results in consequences. To be honest, I struggled with whether a sentient, bodiless, pulsing brain can truly be considered a literary villain. After all, IT’s just kind of there in the book; IT doesn’t move, IT doesn’t speak (except through telepathy), there’s no dramatic action surrounding IT. And yet, IT is terrifying for ITs ability to hypnotize and manipulate people into believing that IT has their best interests at heart, when all IT really wants is order, obedience, and control. (We also learn that IT is connected to two other creepy and evil forces in the book, The Black Thing and The Man with the Red Eyes–but since I only have a paragraph, I’ll let you read the book to find out about them.) The part that freaked me out the most as a kid was when IT spoke through people, basically taking over their bodies and minds for nefarious purposes. That was scarier to me than any other kind of villain I had read at the time and (if I’m being honest) still creeps me out as an adult if I think about it too hard. Pass the tinfoil hat!

Count Fosco from Wilkie Collins’s The Woman in White

Count Fosco is terrifying because he is also charismatic. This is the scariest kind of villain–the one you are secretly drawn to. The novel’s female lead Marian Halcombe knows he is dangerous, but she feels his charisma anyway. Count Fosco is the type who will look you in the eyes and tell you in all truthfulness how much he admires you, and then kill you without mercy. He is a great admirer of Marian, and since Marian is a fabulous character, you as the reader end up agreeing with Fosco–a position you never want to find yourself in.

Fairies from Sources Too Many to Cite

I don’t have a lot of favorite villains in books. There can be fun bad guys, but often it’s the main character or someone near them who is the biggest problem. Not a lot of antagonists. Right now, though, I’m reading The Replacement by Brenna Yovanoff, and in it we delve into a version of the two Fairy courts, and their relationship with the outside world. It made me realize that I love the Fairies most of all, across so many books. Whether it’s Emma Bull’s War for the Oaks, Neil Gaiman’s Sandman, or Susanna Clarke’s Jonathan Strange & Mr. Norrell, I love when the fairies turn up. They aren’t always evil per se, just…alien, and apathetic in a way that can become malicious. Or petulant in a way that can become malicious. Also, they can almost never be defeated. In books, one can come to terms with them, but that’s about it. So I’ve decided the Fairy courts and all their members are my favorite villains-not-villains.