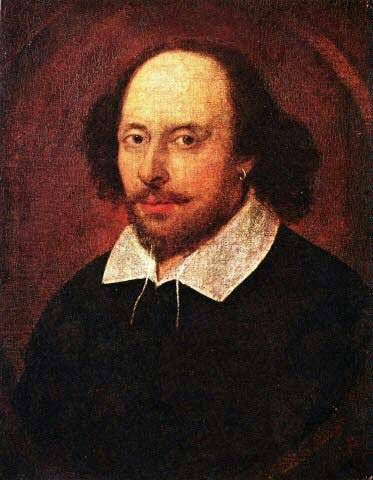 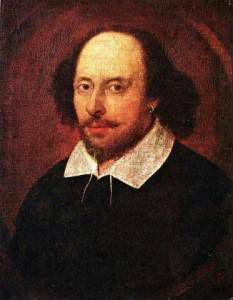 We’re coming down to the wire this week with the Oscar ceremony airing this Sunday. And I’m on the homestretch to squeeze in as many nominee viewings as I can. I’ve done pretty well this year. I’ve seen 53 films (as of this writing) of the 60 nominated, and I have plans to see another four. (Please, please, no applause.)

One of the little-known, little-seen films that managed to snag a Best Costume nomination but nothing else is Anonymous, a fictional exploration from Roland Emmerich into the theory that Shakespeare didn’t actually write any of his own work, and that a nobleman was actually responsible for the most storied collection of writing in the history of the English language. The film itself wasn’t bad, and the costumes were amazing. But I admit I was almost offended by its portrayal of the Bard as ignorant, self-involved, greedy, and arrogant. It doesn’t quite fit with the romantic ideal – especially after Joseph Fiennes gave us a swoon-worthy Will almost 15 years ago in Best Picture winner Shakespeare in Love.

(SIDE NOTE: Shakespeare in Love came out HOW long ago??)

I admit that I was aware there was a debate about the authorship of Shakespeare’s work, but that was as far as it went. After seeing Anonymous though, I’m thinking about picking up one of the many books about his life and his work, as well as about this debate. I’ve come up with the following list to get me started, but are there any others I shouldn’t miss?

(I have a feeling that this might become a Book List I’ll Never Read, but perhaps I’ll get to one or two.)

Will you be watching on Oscar Sunday?? I’m filling out my official ballot and I won’t lie – my favorites include a lot of bookish nominees!