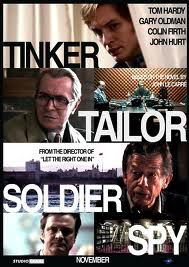 There was a poster in my junior high library that said, “Don’t judge a book by its movie.” As a certified book nerd by the age of 12, I thought this was GENIUS. I was one of those kids that spent every lunch period in the library, and my English teacher was my best friend.

But as I’ve gotten older, I’ve found that this is not necessarily the case, and my appreciation for movies, particularly those adapted from books, has gotten a whole lot more nuanced. (Except for Twilight. Both the books and the movies are categorically awful so I’m not nuance-y about those.) Now, instead of judging either the book or the movie by their counterpart, I try to see each medium as its own art form, with all the pros and cons that go along with each. I know, how new age-y and impartial of me, huh? Actually this attitude is mostly about annoyance with people that get all judgey about a movie because it doesn’t live up to the book.

The Harry Potter series is the very best example of this. I don’t know how many times I’ve seen commentary from Potter diehards claiming that the movies suck specifically because they cut certain things from the books or because the movies had slightly different details.

Um, hello, apples and oranges? You cannot possibly expect a filmmaker to faithfully incorporate every speck of minutia from each book – the books are massively long, and most of the movies already stretch beyond the 3-hour mark. So I am the rare fan that doesn’t read the book before the movie and would rather see the movie, not as an adaptation, but as it’s own standalone piece of entertainment.

That being said, it’s difficult not to want to read the book if you see you a movie you liked, or vice versa, just to see if your feelings about the film and/or book are consistent. And with so many Oscar nominees this year being adaptations from books, my TBR list is growing nearly as long as my Oscar Watch list.

Greg covered all the Best Picture nominees that are adaptations, but so many more that aren’t in that category are also from books.

Take for example the three movies I saw this weekend: Tinker, Tailor, Soldier, Spy; Extremely Loud and Incredibly Close; and The Girl With the Dragon Tattoo. Extremely Loud is nominated for Best Picture but the other two aren’t. Tinker, Tailor is the only one of those three that is nominated for Best Adapted Screenplay (it’s also the only one in which I haven’t read the book).

Of the other Best Adapted Screenplay nominees – The Descendants, Hugo, The Ides of March, Moneyball, and TTSS – I have only read the source material for Hugo, the widely imaginative and visually stunning novel for children, The Invention of Hugo Cabret, by Brian Selznick. The Ides of March is adapted from a play, but otherwise, the source novels that each of these nominees come from a wide variety of genres.

Considering this is now the second movie adaptation for The Girl With the Dragon Tattoo, I thought it was very well done and I found myself comparing this version to the Swedish movie, more than I compared it to the book.

I also really liked Extremely Loud – I know not everyone did – and rather than make me want to re-read the book, I now want to read Foer’s other adapted novel, Everything is Illuminated.

I found Tinker, Tailor, Soldier, Spy to be the quietest, most British spy movie I’ve ever seen, and while I didn’t love it, I’m curious about the book because I’m wondering if the story translates better on paper.

And don’t even get me started on the other movies-from-books that are variously nominated: Drive, Harry Potter and The Deathly Hallows Part 2, The Help, Jane Eyre, and War Horse. So many great movies that came from great books this year!