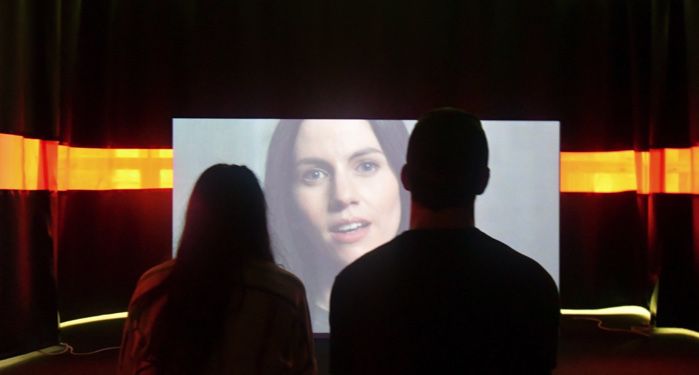 We live in a world that can sometimes feel like a doomsday cult we were born into. Between the anti-science movement, the current push to control reproduction, and the continuing assemblage of the worst of society around one man (you can take your pick on the man), it is increasingly easy to wonder about our survival as a species. In the uncertainty of everything, I have found solace in books about cults and those who escape them. In my reading adventures with cults in the 2020s, I have found that my original thoughts of could I survive have actually become could we survive? Are these stories, stay with me now, really stories of hope? Someone has to live to tell the story, after all.

I am primarily speaking about novels because it feels wrong to think of memoirs in this way — Jonestown was Jonestown, and it was a tragedy. Real people, too, were part of Heaven’s Gate and they should not be a punchline. Novels about cults sometimes take place after the decisive moment that marks the end — all the better for us to see what it takes to survive and deprogram. Even when they begin on a regular day, we know that there’s an after because the person we are reading about survived. The doomsday in question isn’t often literally the end of the world, or at least it’s under the control of their leader, a person who is rarely worthy of leadership. When things go off the rails, such a “leader” will do anything to keep power. More echoes of our current moment.

After the Fire by Will Hill follows a young woman who escapes a compound and works backward into how she came to be there and her gradual realization that there was something very wrong with her home and her family. We learn the story as she gradually learns to trust an outsider, her therapist. Her continuing love for her mother, even though her mother is the one whose decisions led to life in the cult, reminds us that life isn’t simple. We rarely see the moment in which someone “snaps out of it” in real life, and are reminded that no such moment exists. We do, however, get to see the characters we’ve come to care about move on. It can give a person hope for the same for family and friends who have found their way to more and more extremist beliefs.

Jennie Melamed’s Gather the Daughters takes place on a secluded island after a “scourge” has come to the mainland and features a society that has developed its own terrible way of life and portrays it as the only way, the people in the book as the only people. They live lives in which child abuse has become so common that it is justified as necessary. (All of the trigger warnings for this one.) The daughters in the book dare to ask what the point is of living a life that her been completely laid out for them. The daughters find out that they’ve been fed lies for their entire lives. What things have we accepted as just the cost of living (or, in the words of some politicians, of “freedom”)?

Unsurprisingly, my favorite part of all of these books is when we get to see the “after,” in which the protagonist begins to adjust to a new life. This period of time is usually in an epilogue and there is never enough for me. Not everyone gets to survive when things take a turn, but these people do. I think it’s a similar reason to why we read about other dystopias, we want to see people with problems worse than the problem of our current moment and we want to see them move forward into a better future.

This is not to say that there aren’t very, very real risks facing humanity right now, but it’s interesting to reframe stories about the end of the world into stories of hope. What if we can do the same thing? And what if it’s better than we could ever have hoped?

If you too are interested in looking for hope in strange places, we have a handy list of some of the best books about cults and also 10 of the best horror novels featuring cults, if that’s more your speed.