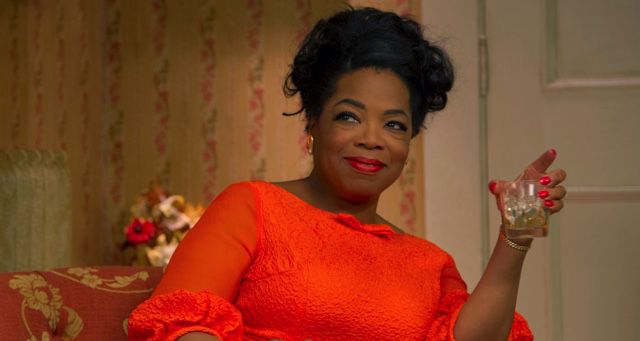 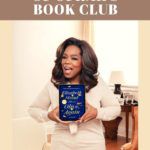 “Books were my pass to personal freedom. I learned to read at age three, and soon discovered there was a whole world to conquer that went beyond our farm in Mississippi.” —Oprah Winfrey

Oprah revitalized the idea of a book club back on September 17th, 1996. The first book chosen for this new venture was Jacquelyn Mitchard’s The Deep End of the Ocean. While many, Oprah herself included, were not sure how well received this idea would be, it has since turned into a cultural phenomenon. This one decision had such an effect on the publishing world, the ripples of which are still being felt today.

It created what became known as the ‘Oprah effect‘, as everything she selected ended up turning to literary gold. She helped to make little known authors household names. Toni Morrison had four books chosen by Oprah to be in her book club, and experienced more of a boost in sales than from winning the Nobel Prize for Literature. How did this book club get started? And what had contributed to its longevity? 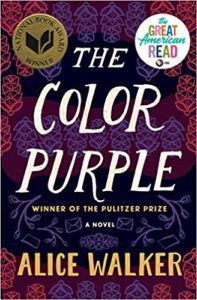 According to this interview, the book club started off innocuously enough with a small gift. Alice McGee, the woman who began as an intern when Oprah auditioned for AM Chicago and worked her way up to a senior producer, helped to plant this seed. After Oprah’s role in The Color Purple in 1985, Alice gifted Oprah a leather-bound copy of the book. This one act became a tradition each year, with Alice gifting the entrepreneur leather-bound books each year. Both voracious readers, they would discuss books, being sure to share their favorites. In 1996, Alice asked Oprah to start talking about books with her audience. When Oprah countered with the thought this wouldn’t work since the audience wouldn’t have read the book, Alice counter-countered with, “Well why don’t you ask them to?”

And the rest, as they say, was history.

A 20+ year history, which is impressive in and of itself. While other celebrity book clubs have cropped up over the years, Oprah’s is arguably the oldest. In fact, Oprah recently paired up with Apple to start a new chapter with her book club. This evolution of the club will include video discussions and interviews with the authors of the chosen book. These will all be available on Apple TV. So it goes without saying that the Oprah book is not going nowhere anytime soon.

Many people question why Oprah’s book club is still so popular among readers. It seems that this is a fair question, since it seems like everyone has a book club now. This is a topic that has even been discussed by a fellow contributor here at Book Riot. From actresses such as Reese Witherspoon and Emma Roberts to musicians such as Florence Welch, there is a book club for by and for everyone.  There are countless tests that you can take online to determine who’s book club you should join. However, Oprah’s is the original and will always be. Every celebrity book club from here on out will developed their roots with hers.

It could be argued that one of the reasons that this is the case is because she was a reader before it was ‘popular’. She had a platform well before YouTube, let alone BookTube, existed. This gave her a place in which to discuss books with fellow bibliophiles. Even casual readers were more  likely to gravitate towards books that had been selected for her club. That little sticker helped to launch the careers of so many authors. Its history wasn’t without scandal, such as James Frey’s A Million Little Pieces, the memoir that actual wasn’t, or disinterest from the chosen author, such as with Jonathan Franzen. Even more recently is her choice of the controversial American Dirt.

Still, it has had an impact on the publishing industry overall. More often than not, simply being selected was the difference between a bestseller and one that might have fallen through the cracks. As of November 2019 there have been 82 titles chosen for Oprah’s Book Club. Of that number, 59 made the USA Today’s top ten list, 22 of them at number 1. Most of these books have gone on to become bestsellers.

There are many factors that contribute to this. One is that her choices are a nice mixture of things. True, she has had her fair share of current publications such as Becoming or An American Marriage. But they’re not all current, such as is the case with the Toni Morrison books. Which is great for books that might have otherwise gone overlooked.

Oprah also enjoys the classics, which tends to means books published in centuries past. A prime example of this Anna Karenina. This tome was originally published in the 1870s and was chosen in May 2004. It was also one of the books that reached the number one spot on USA Today. Other classics that have been on the list have been Charles Dickens’s A Tale of Two Cities and Great Expectations.

These books are the ones that have caught Oprah’s attention and ones she loved, and not a PR team. With no disrespect intended to other celebrity book clubs, Oprah’s is the most diverse. She doesn’t just stick with one genre; her test is very eclectic and as someone who is that same type of reader I can appreciate that.

This isn’t to say that others do. What sets Oprah apart from the others, and makes hers a lasting one, is her appetite for reading any and everything, and not just current publications. When I glanced at the list for other celebrity book clubs, they were primarily current ones. Oprah’s is not. This wide variety shows a genuine love of reading, and that is one of the many reasons that it has had such a lasting impression. So, there’s a good chance you’ve already read a good number of the books on her list already without even knowing it.

“What I love most about reading: It gives you the ability to reach higher ground. And keep climbing.” —Oprah Winfrey

This club, which started off from a thrown gauntlet, is still going strong today. No matter what the future of celebrity book clubs have for us, respect is and will continue to be due to Oprah for being the pioneer in this endeavor. She will always be the ruler that other celebrity book clubs are measured against.