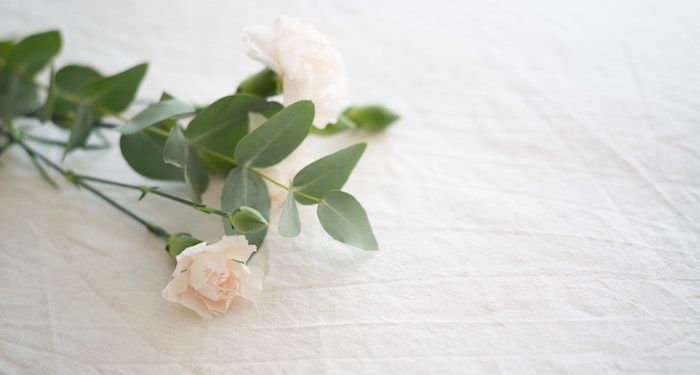 As a high school student, Sarah Dessen was my idol. We were both from North Carolina and lived in adjacent towns when I was growing up. It was easy for me to picture the neighborhoods that her characters grew up in and the schools they went to, because they were similar to mine. While books like That Summer were fiction, they always felt real to me.

When I saw that she was going to be at my favorite indie bookstore for an author talk on The Rest of the Story a few years back, I knew I had to see her, despite the fact that I was far older than her target audience.

I purchased the book before her talk, expecting it to be another coming-of-age novel unfolding in the suburbs. I thought a signed copy would be a nice gift for my teenage sister.

But then Dessen started speaking. While I can’t remember what she said verbatim, I remember this: she wrote The Rest of the Story because she was inspired by years of obituaries. She’d noticed more and more young people were dying. Their obituaries all seemed to glaze over the cause of death. Dessen started to wonder why.

Over time, some of the parents started being more forthcoming. Too often, the opioid epidemic was the common denominator. Feeling the weight of that, Dessen decided to write a book that spoke candidly about addiction. The Rest of Story was the result. The protagonist, Emma Saylor, lost her mother to an opioid overdose.

I quickly realized then that I’d be keeping the book for myself.

I couldn’t read it right away. Like Dessen’s other novels, it would feel too real. Remember how our schools and neighborhoods always felt the same? Well, in my world, people were losing their lives to drugs too.

This March, a family member lost his life to heroin. He was only 28, just slightly younger than the friend I lost to an overdose last year. His obituary didn’t address drugs or addiction directly, but his service did.

After the funeral, I finally picked up the book I’d been putting off.

The Opioid Epidemic in Fiction

In The Rest of The Story, Emma can vividly remember the last time she saw her mother. The fresh white Keds she wore to Thanksgiving dinner, the way she made everyone laugh, the plans they made for a future sleepover. Her “healthy, post-treatment look.” The small details that somehow added up to something hopeful.

She also remembers how only weeks later, her mother made one wrong decision that she couldn’t come back from:

…my mom skipped her nightly meeting and went to a bar with some friends. There, she drank a few beers, met a guy, and went back to his house, where they pooled their money to buy some heroin to keep the party going. She’d overdosed twice before, each one resulting in another rehab stint and a clean start. Not this time.

page 20, The Rest of the Story by Sarah Dessen

If you’ve ever lost someone you love to addiction, maybe that’s familiar for you the way it’s familiar to me: the impossible act of reconciling what you thought you knew about someone’s bright future against their life’s abrupt end.

Other things hit me with the same gut punch, like the way Emma’s mother discovered opioids after they were prescribed for an injury. It’s one thing to know that happens when you read about it in the headlines. It’s another thing to read a novel where it happens to a character that mirrors the experiences of the people you’ve loved and lost.

An Expert Chimes in on Opioid Addiction During the Pandemic

I reached out to Nidhi Sachdeva to learn more about how the pandemic is affecting addiction. She serves as a public health expert at Duke University and focuses on harm reduction and the opioid epidemic. I couldn’t help but wonder what a book about opioid use would look like if it was written in the middle of 2020.

Sachdeva pointed out that the answer was complicated and layered. One issue was the unintended consequences of social distancing. “AA meetings and recovery groups aren’t happening in person. People’s support systems have been disrupted,” she shared. Other consequences could be fatal. “People that use opioids are more isolated right now, which means they’re more likely to overdose. There isn’t anyone there to respond with Naloxone or call for help if needed.”

Money was another issue. The more strapped people are for money because of being furloughed or laid off, the more stress and pressure they face. “It can be difficult to maintain recovery throughout all of that.”

The pandemic has also created a supply chain problem. “People might not be able to access their dealers right now as much as they regularly do, so the trusted relationship they have with their supplier is disrupted. They don’t know what’s in their drugs or what the potency is. They can’t get their drugs with the frequency they’re used to, so they’re in withdrawal and they’re desperate, or their tolerance is up and down.”

The Opioid Epidemic in the Media

I asked Sachdeva what she wished more people knew about addiction as an expert on the topic. “Addiction is often portrayed in the media in a really terrible way — very sensationalized — and that does us all a disservice. This whole tough love thing is not helpful. It’s harmful. People who use drugs are people. They’re our friends, families, people we love.”

I think that’s why I loved The Rest of the Story so much. It’s a story about an overdose, but it’s also a story about a daughter that began to see her mother for everything else that she was when you stripped away the drugs. The book doesn’t shy away from talking about the hurtful things that happened as a result of drug use, but it also steered away from demonizing a woman that was struggling. It encapsulates what so many of us have experienced — loss and love.