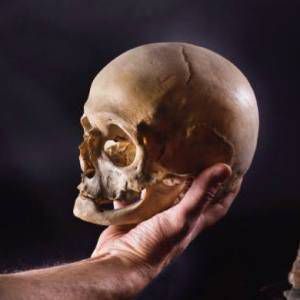 On Thursday, October 2nd, 2014, Amelto – Franco Faccio’s little known and nearly lost opera based on Shakespeare’s Hamlet – was performed before an American audience for the first time.

How could something that sounds so awesome have been entirely dormant for almost a century and a half? It’s an incredible story.

We don’t know how young composer Franco Faccio came to choose Hamlet as the subject matter for the opera he started writing in the early 1860s, but we do know that the original production – on May 30, 1865 at Genova’s Teatro Carlo Felice – was a smash hit.

“Last night the doors of Carlo Felice opened for the awaited performance of Franco Faccio’s new score, Amleto. The expectations were high for the premiere, because doubt had surrounded the reputation of the new type of music attempted by the young maestro. The public therefore rushed in great numbers and with an attitude of one who wishes to judge with circumspection, and, let us also say, with severity. But from expectations of doubt they changed their mind, and after having waited to think about it, a decision was made; they applauded and applauded with spontaneity, with conscience, with enthusiasm.”

Despite its initial blaze of glory, Amleto remained back on the shelf for six years after its successful premiere. And when it finally did have its second chance in 1871, Amleto was a disaster.

Plagued from the start by repeated delays and an ailing lead, the February 12th, 1871 performance of Amleto went on despite Faccio’s serious concerns about his star’s ability to perform. The composer’s fears were realized almost immediately as the ailing lead, Mario Tiberini, mangled his part in almost every possible way. Other elements of the show were apparently still good, but without a coherent Amleto at the helm, Amleto just didn’t hold together.

The 1871 revival was such a disaster, in fact, that Faccio declared he would never have  Amleto performed again. And that would have been it for Amleto, if it hadn’t been for Anthony Barrese.

Barrese, a conductor and composer, began his search for the lost pages of Amleto in 2002. By reaching out to libraries, archives, conductors, musicologists, and composers across the U.S. and Italy, he was finally able to track down enough pieces of Amelto to transcribe a version of the whole manuscript, deciphering Faccio’s reportedly difficult handwriting and the damage of more than a century one note at a time. Finally, 12 years after he began his quest to revive Amleto and 143 years since the opera was last performed, Anthony Barrese has brought Faccio’s operatic interpretation of Hamlet to American audiences for the first time: first as a concert performance by the Baltimore Concert Opera, and then as a full production by Opera Southwest at the end of October.

If you love opera – or if you love Hamlet – don’t miss the chance to be part of this moment in bookish opera history.

All images and info are via Julia Cooke, the Baltimore Concert Opera, and Anthony Barrese.