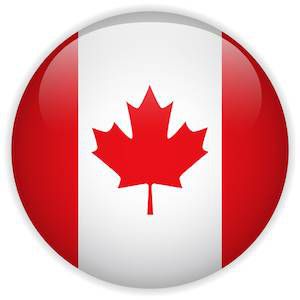 Holy shit, dude. You did it.

That’s not the most respectful opening to a letter to Canada’s new head of government. I get that. But you have to realize how shocked so many of us still are at your historic win. You ousted a negative, mean-spirited right-wing government that had grown stale, distant, and cruel. And you did it without a negative campaign ad or cruel word of your own. You made so many of us believe that the version of the country that we thought might be dead could live again.

And, as Tumblr has pointed out, you’re inappropriately handsome for a politician. (#PMILF is a real thing, folks. A real thing.)

But as you swept to power on a message of real change, positive government, and a better social contract for working Canadians, one population was left out of the conversation. And I don’t blame you alone: the Conservatives have never addressed this population, and the New Democratic Party didn’t have anything to say about them, either. And it was ever thus, because the population I’m talking about didn’t read your campaign platform and won’t read this blog post. They exist as a shadow population in this country and in all countries. And shamefully, they make up a much larger proportion of the population than most Western leaders will ever admit.

Mr. Trudeau, I’m talking about Canada’s surprisingly large population of functionally illiterate adults. While 97% of Canadians have some ability to read and write, a staggering 12 million Canadians — about 48% of the adult population — do not meet Level 3 literacy, defined as being “able to meet the demands of everyday life and perform work-related tasks (often associated with earning a secondary school diploma).”

(And lest my American readers get smug, your numbers are about 10% worse, my friends.)

Can you imagine that, Mr. Trudeau? Half of the adults in this country are not able to meet the basic demands of a literate life. You, like me, hold a degree in English Literature. You, like me, are a reader. It’s so refreshing to have a Prime Minister who loves and celebrates books. But think about the huge percentage of people you now lead for whom basic reading and writing is a struggle. And the numbers get progressively worse when we look at things like health literacy; some studies suggest 55% of Canadian adults are unable to understand the information their doctors tell them (88% of seniors are in this position). The lowest rates of literacy are found in impoverished communities, including new Canadians and First Nations.

Mr. Trudeau, I know you’ll agree with me that this just isn’t good enough.

And do you want to know the worst part, Mr. Trudeau? Everyone in all levels of government knows this is a problem. In fact, there’s report on the Library of Parliament website highlighting these issues. It was posted in 2012. That report expects no improvement in literacy rates in Canada until 2031. And in the meantime, funding for Adult Basic Education is being slashed from coast to coast, and while education is the jurisdiction of the provinces, we cannot meaningfully embark on any anti-poverty or employment program that doesn’t have, at its core, a focus on literacy skills.

In fact, no Federal government can be considered responsible to the people if it ignores this pressing issue. From an economic standpoint alone, did you know that a 1% increase in the literacy rate creates a 1.5% permanent increase to the GDP? That’s $18 billion — billion, with a B — dollars that could be reinvested into programs like your promise to ensure all reserves have safe drinking water within five years. We could fix a lot of problems in this country with $18 billion extra dollars every year.

You campaigned on the promise that in Canada, better is always possible. I believed you. I voted for you. Now I’m asking you to prioritize a group that has existed in the shadows of our political discourse for far too long.