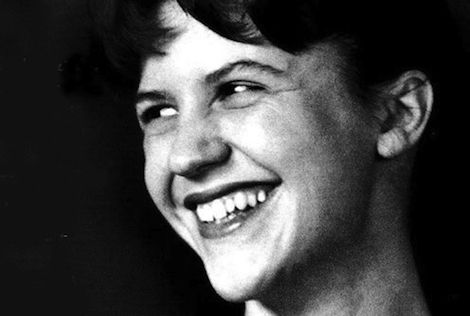 One of the best things about living in the DC Metro Area is all of the free museums. The National Portrait Gallery, located in downtown DC (the Gallery Place or Metro Center Metro stops are your best bets for getting there), is my favorite of them. Several blocks away from the National Mall, it’s often overlooked. In some ways, this is to my benefit: It’s rarely crowded and can be an excellent reading spot. When I have the time, I like to find an abandoned room in the Gallery and read on one of the benches with painted faces from the past looking on. It’s incredibly peaceful. When the National Portrait Gallery announced they would be curating an exhibit centered on poet and novelist Sylvia Plath, that sense of peace was shot through with energy: it was like electricity ran through my veins instead of blood.

I couldn’t wait to go see it. Plath has been a fascination of mine since before I read her work. In college during a period we called “J-Term” or “January Term” (essentially the period of January during which students either take only one course, often of very specific and off-beat topics, or pursue an internship), I opted to take a class taught by a graduate student which examined the work of both Sylvia Plath and her husband/abuser/trash human being, Ted Hughes, in the context of one another.

My academic advisor was right to warn me to be careful reading Plath in the cold, dark of January in Virginia. I slipped away from myself for a time and became engrossed in the twisted paths of Plath’s mind as I read The Bell Jar and The Collected Poems. Plath had become me, or I had become her, or I always was her and she had introduced me to the parts I kept hidden—I wasn’t sure, but certainly I was affected in the deepest sense of the word.

I put off going to the exhibit for several months, first waiting for the hype to die down and then never feeling like I was quite in the right frame of mind to experience it. Finally, my parents picked a set of dates to visit and, knowing they would want to see the National Portrait Gallery anyway, I prepared myself to truly meet Sylvia for the second time. 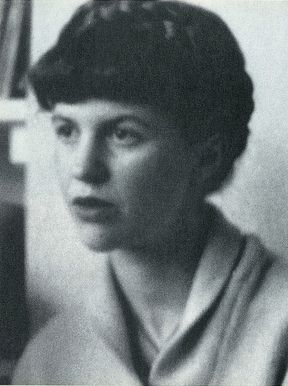 The exhibit, One Life: Sylvia Plath, which is open through May 20, 2018, is located on the first floor. The focal point, a small collection of bell jars which sing throughout the room when tapped gently and house small blue and red lights, operates as the heart of the room, while remnants of Plath’s life from her childhood through her death line the walls. Unexpected artifacts brought me closer to Plath than I ever imagined I would be: a ponytail from a childhood haircut lies in a small glass box; letters to her mother in her juvenile handwriting; haunting painted self portraits; and, the thing that somehow struck me hardest, the aged and pocked wooden slab that served as the surface of her desk.

I wandered about the room slowly, feeling rather like the panther Plath describes in “Pursuit”: “Most soft, most suavely glides that step.” This was—is, until May 20th—a place like a graveyard, requiring a gentle gait and and a softened mind. I let my consciousness come into contact with Sylvia’s, somehow present in the room where other visitors brushed up against her disembodied self just as I did, like silks passing each other, coming in contact in waves. I was reminded of Belle in the animated Beauty and the Beast as she raises her hand to touch the Beast’s withering rose after removing its containing bell jar, a little breathless in wonder and almost touching, but not quite.

And there were relics that were no surprise to see, but meaningful, nonetheless: the heavy Royal typewriter; beside it, an over-sized journal, open to a page on which she ordered herself into a better mental state, a cutout of her face glued to the right side; framed drafts of her poetry with penned notes, including “Lady Lazarus” written on pink memo paper among others. Her obituary completed the visual timeline, sitting quietly by the door and marking the end of her life, but not of her impact.

I’ve been intending, for some time now, to revisit Plath’s work. This past summer I finally dug her novel and poetry out of my old bedroom and brought it back to Virginia, but I’ve yet to find the right moment to pick it up again. After One Life: Sylvia Plath, I feel that pull again. The exhibit reminded me not only that Plath was, just as the rest of us, a person, a human being, a woman, but also that she seems to transcend those simple identities because her work is so reflective of our own selves.

I first really encountered Sylvia Plath in January 2011. It felt awfully fitting to encounter her once again, this time seemingly on a different plane both in the depth of how we communicated with each other through these artifacts and in how I’ve changed since first coming into contact with her, in another (this) January. Seven years later. It seems lucky, or something like it. And so, with the advent of spring on the horizon, it feels the perfect time to finally revisit Plath. To revisit Sylvia. And myself.

Because, when she wrote the words that now float on skin in tattooed ink and around Instagram with a frequency that I expect would make her dizzy, “I took a deep breath and listened to the old brag of my heart. I am, I am, I am,” I think perhaps she meant, “We are, we are, we are.”