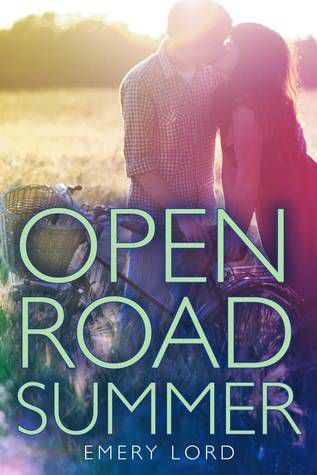 I’ve never been one for parties, but I’ll be first to admit that when it comes to legitimate peril, the frivolities of meat-space pale in comparison to those social gatherings attended by superheroes. Weddings? Grand openings? Tailgate parties? Forget it. The Wrecking Crew will turn up, each with a plus-one. The Mole Man will open up a sink hole right there under the VFW.

Then there are the parties when a superhero shows up uninvited, as was the case in September, 1977 with Iron Fist #15 by Chris Claremont (writer), John Byrne (pencils), Dan Green (inks), Bruce Patterson (color), and Annette Kewecki (letters). Cover artists Dave Cockrum and Irv Watanabe spell out the situation and last ditch stunt casting plainly. Danny brings a flaming knuckle sandwich to an X-party and it ultimately leads to an ex-party.

Following a scrape with some mysterious goons, a weakened Iron Fist stumbles to the apartment of ex-girlfriend Misty Knight. Once inside the empty loft, he remembers that Misty has been out of town. For months. She’s actually on an undercover assignment on the Caribbean island of St. Emile — which you won’t find on a map unless you’re watching the three-part Bionic Woman/Six Million Dollar Man 1976 crossover “Kill Oscar.” Her cover? THE MOST GLAMOROUS WOMAN IN THE WHOLE WORLD APPARENTLY.

But guess what? In the late 70s, Jean’s teammate Wolverine was a huge creep and liked to stake out her apartment and monologue about her using demeaning slang terms from the Cab Calloway era.

He makes a good point about Cyclops, but this behavior is right out of another James Marsden vehicle, Superman Returns [to Stalk Lois and Her New Family].

Naturally, when Logan spies an unfamiliar ninja (he hates those) entering Jean’s apartment, he removes his trench coat, dons a costume stolen from his recent mission in outer goddamn space which he’ll never wear again, races up the stairs, and bursts through the door.

Having never met before, the two heroes do what anyone in such a situation would do…

Luckily, fellow X-Men Nightcrawler and Colossus are down on the street, ready to catch and talk some sense into their companion.

…Or cannonball special him back up into the fray so the madness can continue. They’ve got the trust fall down. Now they just need to work on communication.

Let’s pause and appreciate the fact that Wolverine was just hurled from a fifth story window and Nightcrawler has the presence of mind to question whether the person who did it was actually doing anything wrong. And now for a food fight.

In the business, we call that “Chekhov’s potato salad.”

Okay. That’s very dangerous. Years later these two will serve as New Avengers together, and if I were Danny, I would remind Logan about this little stunt constantly. Not cool.

Then again, it’s likely they both forget everything that happened before the PHOENIX FORCE CAME TO GREENWICH VILLAGE!

And with that, Jean Grey incinerates Scott’s left hand and a bag of kale chips from Trader Joe’s.

It’s worth noting that this was the final issue in the first volume of Iron Fist, and it concludes with a panel of Wolverine snarfing a beer. For that and the rest of this swinging X-Men party, you’ll have to grab Iron Fist #15. It’s the height of Marvel in the 70s, and one totally bizarre way to close out a kung-fu series.

Iron Fist #15 is just part of the thrills bursting the seams of the newly released Iron Fist Epic Collection: The Fury of Iron Fist Recommended.