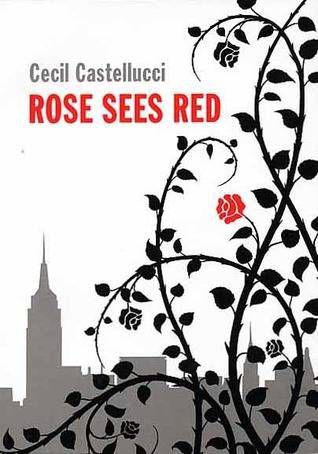 There’s something fun about a book that takes place in a super short period of time. Especially if that period of time is a single day or even just a few hours. I love how much story can be packed into such a tight frame. Of course, what often makes these stories work so well is how carefully back story and history is woven into the narrative. We get just enough to know the characters and their baggage to be invested in what happens to them in that day. I think in young adult fiction especially, that tight time frame is not only fun, but it is quite realistic to the teen experience — big, life-altering events can and do happen in mere hours. Even if the story itself is not always realistic, characters walk away with knowledge and experiences that impact them for a long, long time.

Here’s a list of YA books that are set within a single day, and some are even a little bit shorter than that.

Today is Leonard Peacock’s birthday, and today he is going to kill his former best friend and then himself. After he says goodbye to four important people in his life, Leonard will complete his mission — and after each goodbye, he’ll reveal a little more about why he’s come to this point. Will he actually go through with it or can his life be saved?

Brian and his friends find themselves stuck at their high school when the zombie apocalypse breaks out. As much as being stuck at school sucks, it’s better than becoming undead. This is a fast-paced bloodbath of a zombie romp.

Brighton is the girl everyone likes and who wants to be liked by everyone. Jonah’s the new boy at school and doesn’t care what people think. But Brighton wants to know why Jonah doesn’t like her. Can chance encounters over one night change both of their perspectives of each other — and more importantly, themselves? Think Nick & Norah‘s Infinite Playlist (which is also a book set in just one night).

In 1980s New York City, two ballerinas — one American, one Russian — spend one magical night together and solidify their friendship despite the odds. Dancers! The Cold War! A magic night in the city!

This is Not a Drill by Beck McDowell

Two teens are helping out in a first grade classroom when one of the first grader’s parents, suffering from an unimaginable case of Post Traumatic Stress Disorder — storms the room and holds the classroom hostage.

Hadley missed her first flight to London for her father’s wedding to a woman she’s never met, and while she’s stuck at JFK waiting for her new one, she catches sight of Oliver. He’s beautiful, he’s British, and he’s. . . perfect. When they sit together on the overseas flight, it becomes clearer and clearer how perfect he is. But when they are split up upon their arrival, has Hadley just lost her chance at true love?

The Day Before by Lisa Schroeder

Amber’s life is about to change in a huge way, and she wants to spend one last day by herself at the beach before facing those changes. But when she arrives at her destination, she meets Cade and she can’t help but be attracted. Together, they decide to have one whole and perfect day, without their pasts or their futures to think about. The more Amber gets to know Cade, though, the more she learns that there are harder things in life to face than the ones in her own future.

The Night My Sister Went Missing by Carol Plum-Ucci

When Casey’s body falls off an abandoned pier and older brother Kurt spends the night at the police station answering questions about just what happened. Did he shoot her? Did one of the other people at the party they attended shoot her? And where is her body now? It’s a murder mystery that starts and ends in a single night.

Lucy’s home life has been a giant secret. But the day she walks home and discovers her mother’s died, she knows the truth about the hoarding will have to come to light.

Lucy just graduated high school and all she wants to do tonight is to track down the elusive graffiti artist Shadow. She wants to find him because she knows that someone whose art speaks to her like his does is just the kind of guy she knows she could fall in love with, too. Tonight, though, Lucy’s stuck at a party with Ed. But Ed tells Lucy he knows where they can find Shadow and now they’re searching the city to track him down. Can Lucy fall for a boy she never met? Will she change her mind about Ed, too?

These aren’t the only YA books set in 24 hours or less. A few others include Carrie Arcos’s Out of Reach, Jay Asher’s Thirteen Reasons Why, and Gayle Forman’s Where She Went.