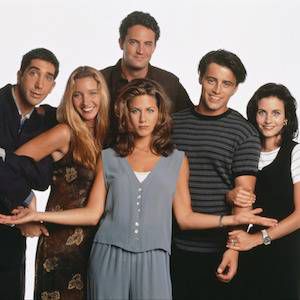 I’m a big fan of Friends. I’m pretty sure I’ve seen every episode, and most of them I’ve seen more than once. It is embarrassing how well I can quote from the show, especially Chandler’s lines.

Being of the booky persuasion, I was especially tickled whenever something on the show revolved around books. Here are five of my favorite of those moments.

1. Chandler and Flowers for Algernon

I am not above admitting that a single sentence from Friends planted a little pin in my head. It’s from the episode where Joey and Chandler beat the girls in a personal trivia game and switch apartments with Monica and Rachel. The girls try to buy the apartment back with basketball tickets. When Joey suggest that they switch back for the tickets, Chandler replies: “But we can’t live in the small apartment after we’ve lived here! Didn’t you ever read Flowers for Algernon?”

I saw it later in a bookstore an bought it right away. It is one of my all-time favorite books. Thanks, Chandler.

2. Chandler cries with the help of Chicken Soup for the Soul 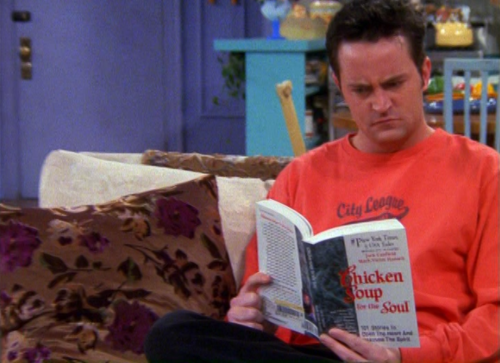 Monica tries (without much success) to get Chandler to cry. After creating many hypothetical scenarios of increasing sadness without cracking Chandler’s shell, she accuses him of being dead inside. Chandler is then caught reading… Chicken Soup For The Soul, and he just can’t stop crying.

3. Phoebe and Rachel learn about Jane Eyre. Sort of. 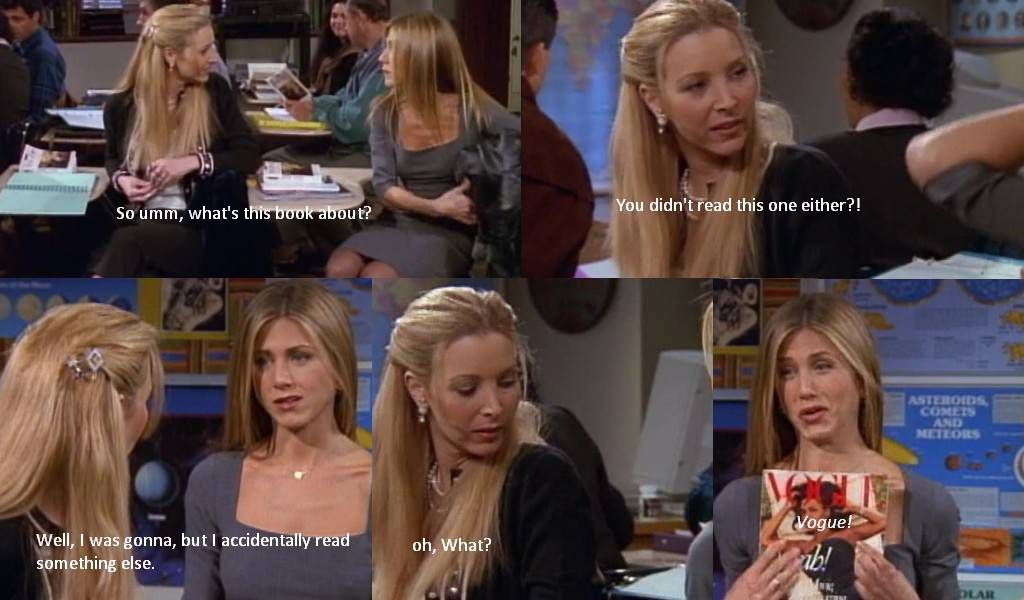 Phoebe is taking a class and invites Rachel along. They are supposed to read Wuthering Heights for the evening’s class but Rachel doesn’t and asks Phoebe what it’s about to avoid embarrassment if the teacher asks her about it. She says exactly what Phoebe tells her and the teacher praises her for it, much to Phoebe’s chagrin.

So when it happens again, this time with Jane Eyre, Phoebe tells her that Jane Eyre is a cyborg. Hilarity ensues.

4. Ross and Chandler party with Gandalf. “Who“?

Ross and Chandler get giddy with excitement when they get news that their friend Gandalf is coming to the city and wants to party with them.

5. Joey puts The Shining in the freezer

My personal favorite of the bookish Friends moments. Rachel finds a copy of Stephen King’s The Shining in Joey’s freezer. She asks about it and he says that whenever he reads it and gets scared he puts it in the freezer, to be safe. Well, safer. He then says that he never starts reading The Shining without making sure he has plenty of room in the freezer.

Rachel doesn’t get what is so great about The Shining and gets him to read Little Women.

“Just how little are these women? I mean, are they like scary little?”

Joey reads on and as one of the characters gets sick he starts worrying and…well, he has to put it in the freezer, which is what I thought of doing to Bird Box last week. Seriously.