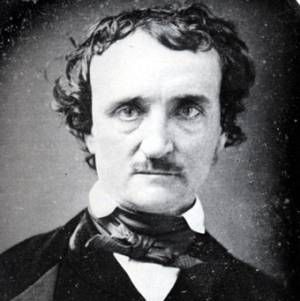 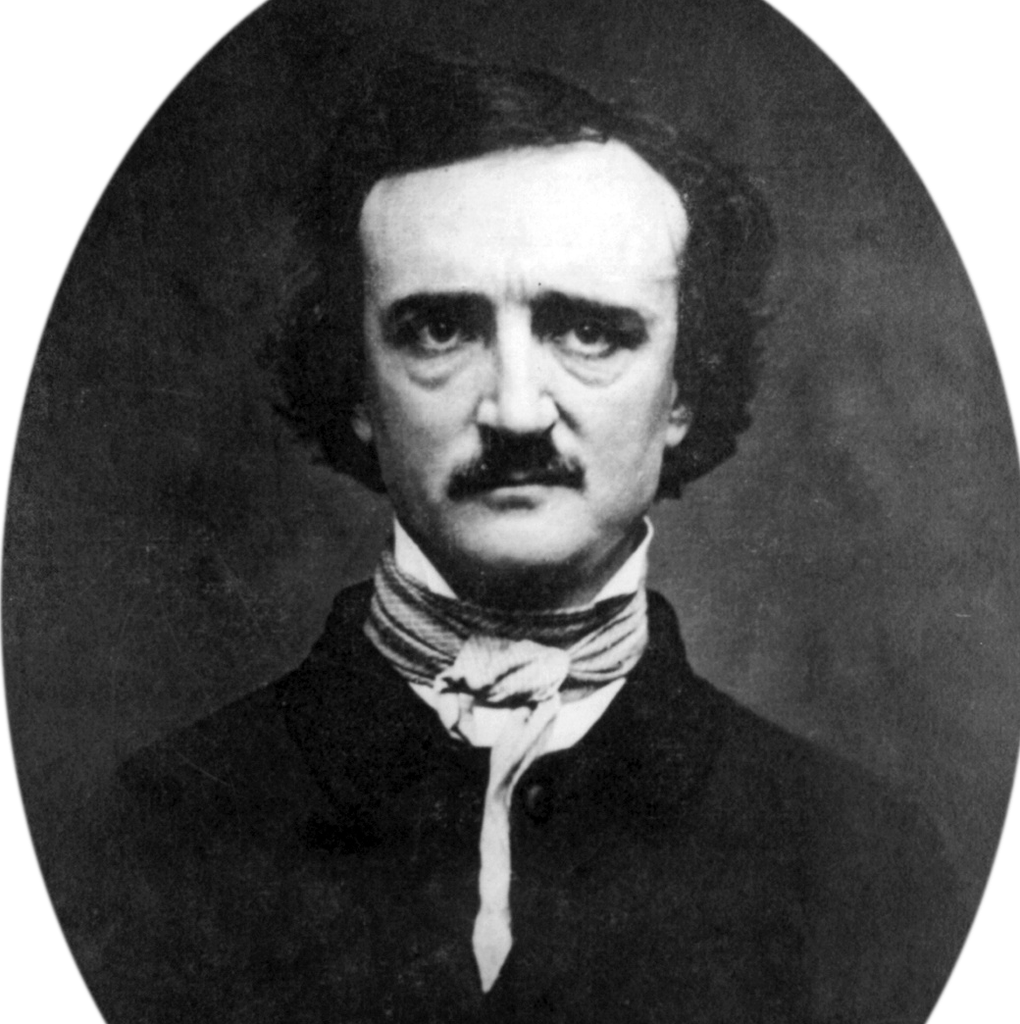 You remember the poem “The Raven,” the man in the chamber, and the constant quote of “Nevermore,” right? For some reason, we can’t forget it.

1. In Philosophy of Composition, Poe explains his writing process for “The Raven.” He notes that he really wanted to get the reader where it hurts by emphasizing not just death, but the death of someone beautiful: “When it most closely allies itself to Beauty; the death, then, of a beautiful woman is unquestionably the most poetical topic in the world…”

2. There are reasons why ravens are creepy when they don’t even speak English. They’ve reached their famed position out of unusual intelligence and a grim diet. Ravens are attracted to a carcass for food, and are known to investigate gunshots during hunting seasons. They’ve also been known to repeat or mimic the calls of other birds. Poe picked the right symbol.

3. “The Raven” seems to haunt Poe himself since statues of the bird are commonly placed at historical monuments in honor of him and his most famous poem. It wouldn’t be quite so creepy if Poe’s own life didn’t share the theme of the death of beauty.

4. Poe justified his choice for using the repeated statement of “Nevermore” as a sign of superstition, death and “the human thirst for self-torture.” Self-torture was a common thread in Poe’s life since he was known for riling up trouble between himself and other writers, mourning his wife’s and his brother’s deaths, and excessive drinking. His cause of death is still unknown, though some have claimed he died of effects of alcoholism, while others have offered up the possibility that he died of rabies or a concussion.

5. Poe still has a reputation for rough living, helped by a biography after his death that took far too many liberties, the dramatic stories his doctor told after treating Poe on his deathbed, and movies like The Raven, produced in 1915, about his drunken process of writing his poem. The silent film begins with “The night of revelry is over. Edgar has lost heavily at cards and the insidious wine weaves strange fancies in his brain.”

6. The “Poe Toaster” was a masked man who used to visit Poe’s grave on the author/poet’s birthday (January 19th). Supposedly, these famous visits stretched from the 1930’s until 2009. Each time, he’d visit masked and toast Poe’s grave with Cognac. At times, the famous toaster would leave notes, once specifically pointing out a prediction for the Baltimore Ravens in the Super Bowl. 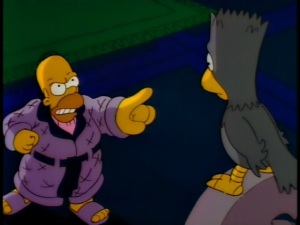 The Simpsons, Treehouse of Horror I

7. We are kind of obsessed with “The Raven”—there have been references made by Stephen King, Neil Gaiman, and the writers of many MANY television shows. The Simpson’s “Tree House of Horror” version was considered surprisingly faithful to the original poem. The poem’s influence has been important (and sometimes problematic) for many acting careers, including Bella Lugosi’s and John Cusack’s. In art and music, you can find references in so many works, from Lou Reed to Queen to Paul Gauguin’s and a whole host of band names and songs. For a poem written in 1845 for nine dollars, “The Raven” sure has stuck around in our collective culture. It also made Edgar Allan Poe famous, and was the piece that insured our memory of him as an author of American horror.

8. And, creepiest, but most wonderful of all, you can hear the iconic poem read by James Earl Jones, Christopher Walken OR Vincent Price on Youtube.