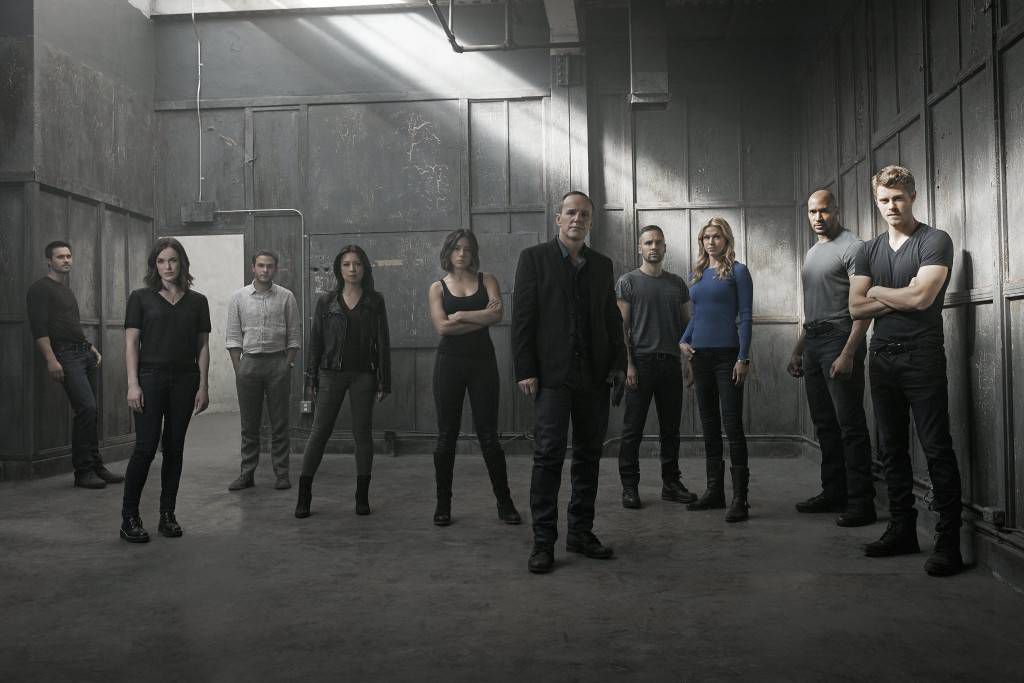 SPOILERS AHEAD FOR AGENTS OF S.H.I.E.L.D.

There’s something powerful about the way Joss Whedon writes, and it’s not just his characters and story arcs.

He lets his characters die. Even the most beloved characters … even his show headliners. It breaks all the rules, and I love to hate Whedon for it, but I have to admit it makes for great TV—when no one is safe, it keeps us on the edge of our seat.

And I have to give him credit—Whedon never lets a death go to waste. When a character dies, everything on the show shifts to fill the void, leading to some powerful and intriguing renewals of long-established shows.

That’s the thrill—and the horror—of being a Whedon fan. Which is exactly why I’m so anxious these days.

As we head into the last three episodes, we’ve been promised that someone on the S.H.I.E.L.D. team is about to die. I’m filled with dread because, going by the Laws of the Whedonverse, one of my favorite characters is about to disappear.

Here is a ranking of the S.H.I.E.L.D. team characters in order of how likely they are to die in the season’s terrible conclusion.

I put Jemma Simmons at the top of the death risk list in large part because she is my favorite character, and it’s a top Law of the Whedonverse that if Whedon can stomp on your heart with a terrible plot twist, he will.

Sweet and vulnerable most of the time, Simmons’ mind is one of S.H.I.E.L.D.’s sharpest weapons. And yet, when necessary, she taps into a steely resolve that makes her as formidable in the field as she is in the lab.

Plus, most obviously, Simmons and Fitz’s romantic relationship has been marked with the Whedon-curse. Now that she and Fitz have consummated their relationship, they are surely doomed.

As they discussed throughout the last episode if they should or should not take the plunge in bed, I wanted to jump through the screen and stop them. It was the Whedonverse equivalent of the classic horror movie moment when everyone knows that the killer is just waiting in the next room, and the victim goes in anyway.

Am I allowed to have two favorites? Because Fitz has so many incredible moments that make my heart melt. Like that time he put his life on the line to save Gemma from Ward’s underwater death trap and finally told her he loved her. Or when he traveled through alternate dimensions to bring Gemma back. That kind of stuff.

But someone must die. And just like Simmons, Fitz just put a target on his back by consummating their love despite the curse on them.

All that said, Whedon is great at setting up expectations and then usurping them, so this could all just be a red herring. Too optimistic? Maybe, but I’ve got my fingers crossed anyway.

Daisy is in a high-risk position right now. Under Hive’s control and amidst some quite literally combustible inhumans. And is it odd to anyone else that she could remember every detail of what would happen in episode 17’s mission, but can’t tell who dies? Yeah, it’s not looking good.

It feels as though Daisy’s arc is at a nice concluding point right now. She’s gone from a rebellious orphaned hacker, to agent, to finding and making peace with her parents, to embracing her inhuman-ness, to finding some fairly stable relationships to anchor her life in.

And of course, we all know that Whedon likes to bring the pain. After Coulson lost love interest Rosalind last fall, nothing could crush his spirit harder than losing the agent who is “the closest thing he’s ever had to a real daughter,” as he stated in the last episode.

Whedon has killed Coulson before, and I don’t doubt for a second that he’d do it again. And now that Coulson has taken down Hydra, what’s next for him?

From a larger story evolution standpoint, removing Coulson from the team dynamics would stretch the show’s key players the most, and force shifts that could reinvigorate the cast for the next plot line.

We’ve seen a tease of Mack as stand-in director already, and May could do a bang-up job of it as well. I hate to admit it, but watching either or them rise to the occasion could actually be fun.

May is tougher than nails. Although she’s the team’s ultimate secrete weapon and a a real hard-ass as a mentor, she’s got an unexpected softer side that she keeps hidden very well. And, she is the only one who is able to consistently call out Coulson and be heard.

May’s had an interesting arc this season as she struggled with her ex-husband’s inhuman transition, but now that’s tied up, and she’s open for something new. Which is to say, at the moment, removing her doesn’t force the show’s dynamics to change.

Per Whedonverse rules, that’s a pretty meaningless death. I find this pretty unlikely, but because she’s so integral to the team in general, I hesitate to rank her risk too low.

Because surely Agents of S.H.I.E.L.D. won’t kill off the only black guy on the show again, right? … Right?

Beyond that, while we’ve learned a lot about Mack outside of work this season, he’s been a lower-laying figure in this season’s plot. It would be pretty out of the blue to kill him off at this juncture. I think we’ve got a lot more digging into Mack’s world to do before he goes anywhere.

In a normal TV show, the new guy who we haven’t had time to get too attached to would be number one on the hit list. But that’s not how Whedon works.

The bottom line is, offing Lincoln would be too easy. Sure, Daisy would be sad, but it wouldn’t disrupt the greater show dynamics. I find this very unlikely.

There is one final option to consider—the loophole death. You know, the kind of death where a person’s heart stops for a few minutes, and then someone does CPR and they come back. But they technically died, so it counts.

For let’s not forget, sometimes Whedon character die and then come back. Coulson. Buffy. Spike. Just for example.

There is also the misinterpreted vision loophole—in which Daisy didn’t really see what she thinks she saw. The kind where the reasons she can’t tell who died is because no one did.

I find this an unlikely cop-out in a Whedon show, but hey, you never know. What Whedon does best of all is subvert the audience’s expectations. Which means that now that we expect someone to die … maybe that changes the game?

Who knows. In a Whedon show there is really only one sure thing, and that’s that nothing is off limits, ever. So if you need me at any point over the next three weeks, you can find me trapped in my own head, obsessing over what’s going to happen.

Do you have a guess about who is going to die?