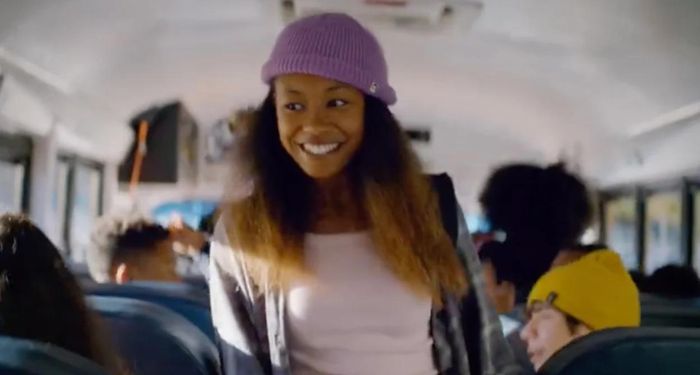 Angie Thomas’s sophomore novel, On The Come Up, follows 16-year-old aspiring rapper Bri. Bri dreams of rap stardom and gets her break after a battle, wherein she writes a song that captures the attention of rap fans in her community. Though Bri’s not sure she wants to release the song, but she’s also sure she doesn’t want to continue living in a situation where her mom’s job loss and brother’s suspension of his own dreams means that they have no power or food in the fridge.

The book was optioned for adaptation upon release and at last night’s BET Awards, the film’s first teaser trailer was released.

On The Come Up will hit Paramount+ streaming sometime soon, and it stars Jamila C. Gray as Bri, as well as Da’Vine Joy Randolph, Method Man, Mike Epps, and more. The film was directed by star Sanaa Lathan (Succession) and adapted by Kay Oyegun (This Is Us).

Thomas’s debut novel The Hate U Give was a box office success, bringing in close to $35 million. It has a 97% rating on Rotten Tomatoes and starred Amandla Stenberg as lead character Starr Carter.

Before the film streams, grab On The Come Up and read this compelling story for $1.99.