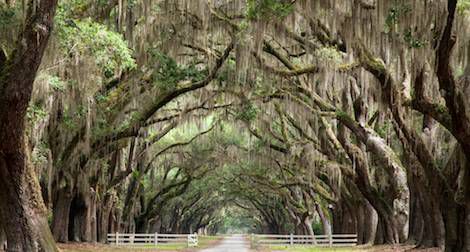 This is a guest post from Brad Watson. Watson was born and raised in Mississippi, spent much of his adult life in Alabama, and has taught there, in Florida, Mississippi, California, and for the past 11 years in Wyoming. He has published fiction and non-fiction widely in magazines, journals, and anthologies, as well as four books of fiction with W.W. Norton & Co., the latest of which is the novel, Miss Jane. Follow him on Twitter @WiltonBWatson.

Writers from the South are often asked to discuss what Southern literature is, what it is today as opposed to what it was in, say, Faulkner’s day, or in the worlds of Flannery O’Connor or Eudora Welty. And this is always a difficult question, more difficult than you might imagine. Because there are hundreds of so-called Southern writers working and publishing today, and the work can be quite varied in quite various ways. What we call the South is actually a large part of this country, from the rolling hills of east Texas to the delta-like flats of northeast Louisiana, bayou/Cajun country in south Louisiana, coastal Mississippi, Alabama, and north-and-central Florida, the broadwoods and piney-woods regions of Mississippi, Alabama, and Georgia, Alabama’s Black Belt, Alabama and Georgia’s Appalachian piedmont, coastal Carolinas, the real Appalachia of Tennessee, Kentucky, North Carolina, West Virginia, parts of Virginia, the Virginia Tidewater, and finally of course the Mississippi Delta, which ought to be considered a discrete Southern region all its own. Some writers write in the Southern comic tradition, and generally are poking fun at people and ways in the contemporary South. Others are very seriously writing (not that the comic writers aren’t, too) about not only the history of racism and race relations in the South, but also about the continuation of that seemingly immortal and ubiquitous problem. Others, particularly crime novel writers, are also among those most up-to-date in terms of writing what the South is really like today – there’s no sentimentality about the Old South in any of this stuff, although some of it is more hard-core than the rest. Many Southern writers, myself included, do write about the past, but I hope I’m among those who do so without superficial, false sentiment about it. My working mine, in the novels, has been family history, looking to family stories for what might illuminate something about a place and time, and the people in it, who are now gone but who seem as real as anyone living today, and who perhaps may cast a light on how we came to be who we are now.

But what seems to me still distinctive, most distinctive, about Southern writing, is the sense of place in the work. A strong sense of place is important in much of the fiction we write and read, and it has always been almost, if not outright, supremely important in Southern writing, be it fiction, imaginative non-fiction, journalism, and poetry. The junkyard in James L. Dickey’s “Cherrylog Road” is different, with its curling vines and sexually charged, high-humidity heat, from just any old American junkyard. As different from junkyards in southeastern Ohio, or New Jersey, or upstate Washington, or my current home of Laramie, Wyoming as the people who operate them. The bayous in James Lee Burke’s Robicheaux novels are quite distinctive from a New England marsh or bay, a lake in Michigan, or a man-made swimming hole in Texas. The hilariously hapless eccentrics in George Singleton’s stories are much more likely to have serious problems with a stray dog than are the eccentrics in a story by T.C. Boyle. Or maybe it’s just that I feel like I know that dog a lot better than I do a dog in a story set in California.

I’m saying I know that a sense of place in fiction is just as important in one piece of fiction, set anywhere (just read, say, Kirsty Gunn’s first novel about New Zealand, Rain, to see how place damn near consumes her characters there), as it is in Southern fiction. But I’m also saying that, as diverse as the South is, as diverse as the writers who come from those distinctive sub-regions in the greater South are, it is actually still distinctive from other regions. As they are distinctive from the South.

Southerners, and of course Southern writers, have always had either great pride in the particular distinctiveness of their place of origin, or they have had what is perhaps a more troubled relationship with certain ways in which is is distinctive. The oppressive heat and humidity in summer. The tornadoes and hurricanes. The region’s overwhelmingly conservative political population (which is why Southern liberals, who do make themselves heard, have to shout in order to be heard). The lingering difficulties in dealing with racial inequality and opportunity are usually (with more exceptions these days, must say) more intense than they are in other regions. White flight from cities’ urban areas and public schools has been steady since the late sixties. The abandonment of grand old neighborhoods to the poor is ubiquitous (thought not unique to the South, of course—but it’s been going on longer, perhaps), who live there but cannot afford to keep them up, and the blind eyes turned on the decadence of grand old homes turning to dust before more seeing eyes.

But hardly ever does a Southerner, including Southern writers, entirely abandon their home region. Many actually move away. But few ever stop identifying as Southern. Mark Twain was an early aberration that way, denouncing the South for its flaws (he even claimed to have deserted the Confederate army). And yet, there he was, at age 51, writing and publishing one of the great Southern American novels of all time, The Adventures of Huckleberry Finn. Which is of course a great American novel. A novel that took on slavery and racism with an intensity and honesty and authenticity unrivalled at the time and rarely since. It was a novel that poked bitter fun at the South, that railed loudly against its crimes, even the very nature of its people. And yet it was written by Samuel Langhorn Clemens, a Southern ex-pat living in a mansion in Hartford, Connecticut, a novelist version of Lear out on the heath shouting at the heavens, mad, out of his mind, or nothing but inflamed mind. A Southerner, he was, through-and-through, despite himself. He just couldn’t help it. It had branded him. And from that came his best work. And I think he knew that.