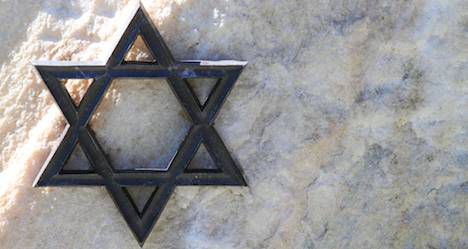 A novel about Masada made its way into my hands recently. I was interested immediately. The story of the Jewish resistance at Herod’s mountain fortress is one that fascinates me, and novelizations of it (like Alice Hoffman’s The Dovekeepers) can be inspiring. If they’re done correctly.

To be more blunt: if they’re done Jewishly.

I don’t mean to sound like a religious miser; I accept that the Council of Nicaea happened, and that for a good seventeen hundred years, the books of my Hebrew Bible have also firmly belonged to Christians as part of their scriptures. These are shared texts now, though they mean very different things to Jewish readerships than they do to those who believe that Jesus fulfilled them. For Jews, they are alive; for Christians, they are a sealed proof.

So not every novelization of a biblical story will be one that speaks to me: that’s fine. I can share nicely. I am not scandalized to pick up a fictionalized take on Esther’s story, or Moses’s or Joseph’s, only to discover that their authors cherish them for how they are thought to lead to a stonemason in Nazareth, and to promises fulfilled.

If I don’t want my Hebrew Bible stories to come with a side of messiah, it’s easy enough to avoid doing my book buying at a Lifeway. I can be magnanimous; I can say “these are ours,” even if I feel that the way they’re read in my community is the truest way. I know Christians think that of their readings too.

And, look: it’s not like we didn’t borrow from other traditions—just ask the Mesopotamians how they feel about our take on Gilgamesh.

So they’re yours and mine, both. They’re ours. As long as our individual time with these shared books doesn’t get too selfish or absolute, I’m fine with the mutual custody.

What I’m not okay with—what I cannot bring myself to embrace or even accept—is when this story-sharing goes beyond the bounds of the Christian canon, encroaching upon Jewish stories that only ever belonged to Jews–repackaging our tragedies, our singular triumphs, and our post-Roman Jerusalem history for Christian aims. Sharing what is mutual, I can handle; but the appropriation of Jewish tradition to suit someone else’s worldview or agenda is a step too far for me.

Back to this Masada book: it did everything wrong. It did not share; it took. It baited its readership with the Roman siege, a story familiar and dear to modern Israelis: a small band of Jewish rebels holding out on a desert mountaintop, while the Romans built a ramp below them. They eventually avoided capture and enslavement by committing mass suicide. It’s not a pretty story, but it is a forceful “never again.”

But this book rejected that singularly Jewish history. Instead, it made Masada a story about Jesus, in which one woman survived the Romans—and not as a witness per Josephus’s telling, but because she had more faith than the defunct Jews. She was saved by Jesus; they perished for rejecting him.

I have rarely been so offended by a novel.

To be fully honest: I’m okay with sharing scriptures in part because where’s my choice? These decisions were made long before my time, and we’ve been sharing ever since. Through the Inquisition, through the Crusades, through pogroms and persecutions, these books remained both yours and mine. We have not always couched this sharing in generous terms—but we do it. It’s a fact of religious life. So okay.

But let’s also be clear: it’s Hebrew Bible readers who ceded stories to Christians, and not the other way around. They are shared stories, but they originate in Jewish tradition.

So when Christian writers come after more—after stories from Jewish history that exist beyond the biblical canon, of events that happened after Jesus’s time, and so that can’t be used as proofs of prophetic fulfillment—we’re the ones who’re being asked to cede territory again. And I’m not sure why that’s necessary. I’m not sure why we’re not allowed to maintain any part of our history exclusively for ourselves. The loss of life atop Masada was a strictly Jewish tragedy; to mold it into a parable for Christian evangelists renews the offense.

Sharing nicely does not mean that you can take whatever you wish—that all that is mine is yours by default. Sharing nicely requires a little mutual respect. Some stories are off-limits; Masada should certainly be considered one of those.

All that the Jewish community lived through after the New Testament’s stories stopped—the final loss of Second Temple practice, subsequent persecutions, and our two thousand years of diaspora life: that is mine. That is not yours. And that should be okay. Within those two thousand years, plenty happened to Just Christians, too—plenty of stories are available there, that can be told and retold, without infringing on the territory of others. Stories that can be related in a self-sufficient way.

Let’s share that way: with care, respect, and with some boundaries, too, for God’s sake.