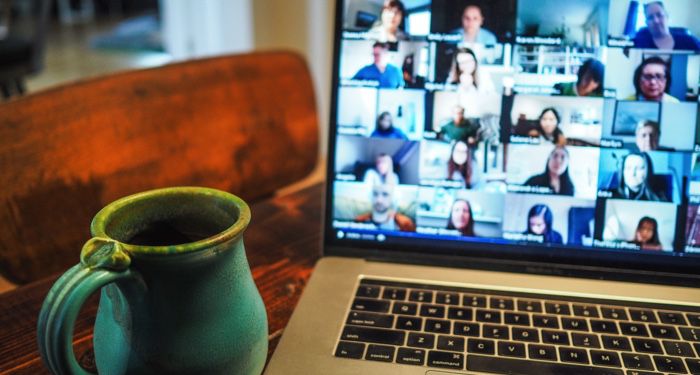 Critical Linking, a daily roundup of the most interesting bookish links from around the web, is sponsored by Flatiron Books, publisher of His & Hers by Alice Feeney.

“Don’t get me wrong—many of these events have been truly excellent. But the internet, which can be thrilling and inspiring and creative, rarely mimics the conventions of the physical world. So why are we still circumscribing book events according to the limits of what is possible in person?”

Something to think about as more and more book events shift online. (Side note: most of my Zoom calls these days qualify as “wildly unprofessional powerpoints.“)

“After that, we never saw Fiona again without Jack, or Jack without Fiona. Usually they were holding hands. Jack came over to Fiona’s parents’ house to bang pots every night. Fiona went to Jack’s grandma’s house to swim in her pool. Jack’s grandma made them cookies. Jack was seen playing Scrabble with Fiona’s grumpy dad, who became decidedly less grumpy. Fiona and Jack rode bikes to the beach (when it opened up again) and had picnics there.”

A pandemic love story! BTW “banging pots” is not a euphemism.

“Now, as an adult, I find it impossible to think that I could ever truly outgrow my connection to Matilda (Mara Wilson) or her magical ways. If anything, watching this incredible film over the last two decades has only further shaped who I am as a person and kept my love for all things fantastical alive, whether they’re on a screen, on the pages of a book, or — sometimes — in the world around me. Here are a few reasons why this charming film has stood the test of time nearly 25 years after its release.”

I think I’m in the mood for a Matilda rewatch/reread.