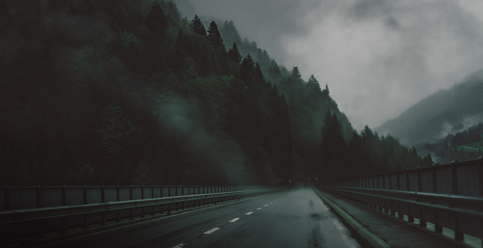 I used to be the kind of person, I admit with some shame, who looked down on people who refused to read dark books. They weren’t facing reality! They just wanted easy escapism! They weren’t serious readers, clearly. I was a serious reader, I thought, a person who could read everything there was, including all the depressing books about the darkest parts of human nature. I could face it!

That’s a silly way to think, I now realize, silly and also privileged. Because, first of all, people read for all kinds of reasons, and if light-hearted escape is what they want, then escapist G-rated (or enjoyable R-rated) books are what they should read. Nothing wrong with that. And, of course, some people avoid certain subjects because their past life experiences make it extremely difficult and possibly traumatizing to read about them. Nobody should have to experience psychological distress just to prove some kind of point. That I’m not triggered by dark material just shows what a relatively easy life I’ve led so far.

But as I’ve gotten older, my responses to dark subject matter have gotten more complicated. It’s not just that I now have a child and reading about missing children or violence against children makes me queasy and afraid. I still read books where bad things happen to kids, and even though those books mean something different to me now and are harder to take, I still read with enough emotional detachment to be mostly fine.

It’s more that I’ve begun to notice certain kinds of grim, moody, brooding books leave me in a bad mood once I put the book down. And that bad mood continues on into the rest of the day. I was enthralled by Hanya Yanighara’s A Little Life but I walked around in a fog of gloom while in the middle of it. Gillian Flynn’s Dark Places still makes me feel glum even though I read it four years ago. Kenzaburō Ōe’s A Personal Matter still haunts me.

It’s not that I wish I hadn’t read those books, but I’m realizing that it might be a good idea to consider what effect a book might have on me before I pick it up. I should be careful to read dark books when I’m in the right kind of mood, and to look for lighter books when I need them. I’m not as detached and cerebral as I thought I was, or I’ve become less so as I’ve gotten older. I’m a little more easily influenced, more emotionally porous and impressionable than I used to be. Or maybe I’ve come to realize that I might not want to spend time feeling down about humanity and the state of the world because of something I’ve freely chosen to read.

The story of my life is, in part, about working to become less and less judgmental (less and less of a jerk, in other words), and this is true in my reading life too. People’s choices about reading material make more sense to me now, but I’m also learning that whether other people’s choices make sense to me or not isn’t all that important. My opinion about other people’s reading doesn’t matter! It’s a freeing thought. And the truth is, the very decisions we judge others for when we are young might be the very decisions we later end up making ourselves.