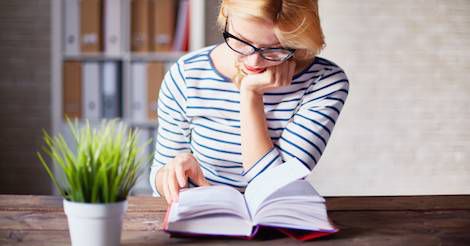 When I was in high school, my favorite book of all time was The Virgin Suicides. I had underlined nearly every line in the book; I had lent my copy out so many times that when it eventually wasn’t returned and I had to repurchase it, I wasn’t even angry. In my creative writing classes, Eugenides’ was the writing style I mimicked the most. So, when The Marriage Plot came out in 2011, his first new novel in nine years, I snapped up a copy immediately.

And I could not read it.

I hated it. I thought the protagonist, Madeleine, was pretentious and too-perfect, and the two main male characters, Leonard and Mitchell, were even worse. I didn’t believe in the love stories. I thought everyone was selfish. The writing was so different from The Virgin Suicides; instead of floaty and atmospheric and unsettling, it was blunt and ironic, and then sometimes it did a 180 and became earnest. I remember walking into the shared classroom of two of my favorite teachers (both English) after school one day and plunking the book down on a desk. I felt like throwing a tantrum.

“Why don’t I like this book?” I demanded. I glared at them like it was their fault that Eugenides had turned on me.

Read it again when you’re older. I was furious. I would never, ever like The Marriage Plot. If I had been thinking about abandoning it before, my decision was solidified after that infuriating comment. I stuffed the unfinished book into my shelf and reread The Virgin Suicides, thinking, for the millionth time, that it was the most profound work of literature in the entire world.

Time makes everyone looks like idiots, but I was not prepared for the way it ravaged my bookshelf. When I left for college, I brought along all my favorites to keep me company in my new surroundings, only to find that some – The Virgin Suicides, among them – no longer felt the same way in my hands or in my head. I didn’t want to immerse myself in adolescent gloom and uncertainty; it seemed melodramatic in a graduating class of thousands. The writing was still beautiful, but I no longer needed to imitate Eugenides, because I was finding my own voice. My sophomore year, I left The Virgin Suicides at home. And, when I was nearly twenty-one, in my junior year, I decided to pick up The Marriage Plot again.

I related to Madeleine in a way I couldn’t have possibly before. I was an English major, like her, because I loved to read more than anything, like her. When I first read her, I thought she was standoffish. In my second reading, I could see was shy, mostly distracted, the way I could be. The other characters seemed like my friends, or at least people I knew. Suddenly, I was underlining every quote:

“It was possible to feel like superior to other people and feel like a misfit at the same time…” I knew that, because I felt like that all the time. Or: “College wasn’t like the real world. In the real world, people dropped names based on their renown. In college, people dropped names based on their obscurity…” I knew that (duh!) because I was in college. My copy of the book had the illustration of the girl lying on the grass reading on the cover. I read the book while lying on the grass, thinking that every sullen teenager should believe any advice an adult gives them, because it’s all true.

Then, a few months later, I read The Marriage Plot again, for my class on – believe it or not – the marriage plot. It took on a whole new thrill of significance, garnishing a syllabus that included Austen and Lennox and Haywood. I could see, clearer than ever, what Eugenides had done. I’d initially seen the “realism” of the marriage plot as a demotion from the artsy experimentalism of Virgin Suicides, but now I appreciated the way that Eugenides had rendered Madeleine’s life across a sweeping literary tradition. I appreciated that I was reading, for homework, a book about the difference between what you learn from reading and what you learn from living.

Throughout my life, I’ve heard people (mostly teachers and professors) say that they have a certain book they reread every year, and I never really thought about the implications of that habit until now. I assumed it was because they loved it. But it’s more than that: a book you read at seventeen is not the same book you read at twenty-five, or fifty. Some years it’s not real to you. Other years it’s perhaps too much so. The experience of reading from day to day is as variant as the days themselves, even when the text itself isn’t changing.

I fully intend to pick up The Marriage Plot again in another five, maybe ten years. And I look forward to reading it for the first time again.