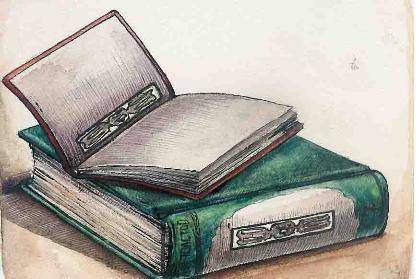 A few months ago, we discussed the notion that nothing is more real than fiction. Reading fiction helps you interface with the real world because it allows you to “visualize” and understand the world from perspectives that are not your own. That’s just awesome, isn’t it?

But that’s not all. Sometimes, fiction gives you such a surprising jolt of real-worldness, it’s as if the line between what’s real and what’s invented doesn’t exist at all. For me, that happens when I’m reading a novel, and all of sudden…BAM…there’s a detail or reference that relates directly to my own life. It’s often a minor detail — far from earth-shatteringly profound — but in the instances that it happens, it’s a very concrete reminder of why I love fiction.

Let me explain, because I clearly remember the first time this happened. I was in college, and taking a break from Shakespeare to read Tom Clancy’s novel Debt of Honor. It’s a good book, if you like that kind of thing, but about 100 pages in, Clancy explains that one of the character’s daughters attended Marquette University. BAM! I was a student at Marquette University at the time, and that damn near blew my mind. Yes, it’s just a meaningless coincidence. Yes, it was inconsequential to the story itself. And yes, a normal (maybe non-neurotic) person would’ve just shrugged it off as kind of neat, and gone on about their day. But, to me, there was something really cool about that. And I started noticing these things in fiction much more often.

Lately, it’s happened a lot. In Jami Attenberg’s The Middlesteins, one of the characters goes to a Smashing Pumpkins concert in Chicago. If my backwards-time calculations are correct, I was at that concert. In John Kenney’s Truth In Advertising, one of the ad agency’s ideas for a Super Bowl commercial for an eco-friendly diaper is to have William McDonough speak about the importance of cradle-to-cradle products. That may mean precisely jack to most readers, but in the industry of my real-world job, McDonough is a superstar. I’ve seen him speak a number of times, and he’s awesome.

You know, things like that. Again, I don’t see these occurrences of fiction/real-world overlap as signs of cosmic significance or anything. What they are is just another example of how fiction connects me to the real world in a meaningful way — and one of the reasons why I love reading fiction. It’s a wonderful virtuous circle — by reading fiction, I’m reminded of who I am and get re-energized about some of the things I love; one of which, of course, is reading fiction.