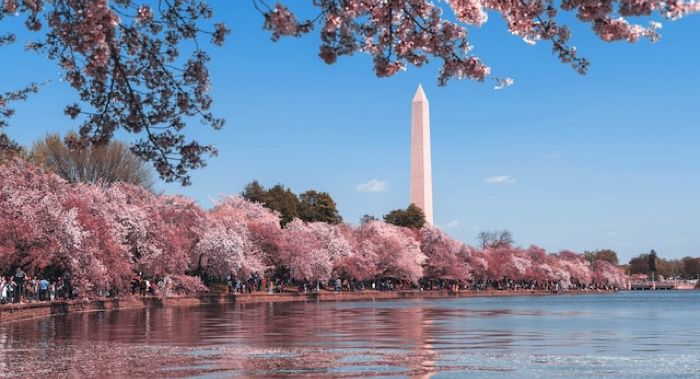 Late one night in 2007, I borrowed my flatmate’s laptop to watch an episode of Friends. Because it was 2007, I was planning to watch it on DVD. I popped open the disk drive, and there, already in the computer, was a DVD of this American show my friends had been telling me I’d like — a political thing called The West Wing. I had no interest in American politics, but I’d heard good things from people I trusted, so I hit play with no expectations.

And then my life changed.

Because this show was smart, funny, full of handsome men who made me want to keep watching, and did I mention smart? I didn’t understand a lot of it, but it expected me to come along for the ride anyway, expected me to be intelligent enough to catch up, and well, Rob Lowe is quite attractive as Sam Seaborn, isn’t he, so I kept going.

My life didn’t change immediately, of course. It was just a TV show, and I was busy with my London life. As an extrovert terrified of any time alone, I filled every hour with work and church and dinner parties where I invited guys I liked in the hopes of wooing them with my cooking.

But then I moved to Belgium, my social life calmed down, and I had time for a new obsession. Long story short: The West Wing activated my dormant political chip, and the poetry of Aaron Sorkin made me want to write again. So I started my own novel, about a fictional senator. I knew enough to know I didn’t know anything; I started reading voraciously about American politics, and about D.C. more broadly. I read Obama’s The Audacity of Hope and my leftie heart sang. I read David Plouffe’s The Audacity to Win and dreamed about joining a campaign. And I read every bit of fiction set in D.C. that I could get my hands on.

A lot of those books were fun. Sammy’s Hill by Kristin Gore was marketed as Bridget Jones meet The West Wing, and that’s exactly what it was — I loved it. Dog Days by Ana Marie Cox was full of the kind of D.C. detail I was hungry for, to fuel my daydreams as well as my writing. The Ninth Wife by Amy Stolls and Cupid and Diana by Christina Bartholomeo rounded out my view of the city by portraying the lives of people who happen to live in D.C. but weren’t involved in the world of politics.

In 2009, I finally visited the U.S. for the first time and took a train down the East Coast to D.C. I fell in love with it instantly. My friend’s uncle and aunt drove us around the city at night, and with the monuments lit up, it looked just like it did on the TV — majestic, elegant, dramatic. I could almost hear the West Wing theme tune playing in the background.

I made it over to D.C. to live in August 2012. I was planning to stay for a couple of years, maybe three, get my MFA in Creative Writing and enjoy the city. I ended up staying a decade, and if it weren’t for the vagaries of visas, I’d still be there now. I love D.C. with my whole heart.

Politics, while always serious, also felt fun back in 2012, and edgy, and also, dare I say it, hopeful. I moved just in time to witness Obama’s re-election. His coolness had rubbed off on the city a little, which added to the patchwork of all the things that make D.C. so unique.

At the beginning of The Hopefuls by Jennifer Close, the main character describes all the things she hates about Washington. That section made me smile, because all the things that make the city a little ridiculous are things that endear the place to me: the carpet on the metro (RIP), the interns who wear their badges 24/7, the nerdy men who can’t have a conversation without dropping acronyms. I could even live with the horrible summers, because of this wonderful invention called air conditioning, and also because, as a Brit, complaining about the weather is part of how I bond with people.

In 2013, needing a break from the Russian novels I was studying as part of my MFA course, I took the bus to Politics & Prose — where, later that year, booksellers would know me by name because I was there so often — for an event for Karin Tanabe’s debut novel, The List, inspired by her time at Politico. That book is such fun, and captures pre-2016 D.C. so evocatively. It’s more Veep than West Wing — every year, I think of the main character crawling around on the night of the White House Correspondents’ Dinner and landing herself in all kinds of bonkers scenarios while trying to get a story — and I loved it. Karin and I ended up bonding over our love of The West Wing, our shared Belgian heritage, and the woes of the writing life, and becoming friends.

Later that same year, This Town by Mark Leibovitch came out, and I gulped that one down, too. While it didn’t shy away from the darker aspects of the political establishment — aspects that, while they make for great drama in fiction, desperately need to change — it poked fun at the aspects of D.C. I love to laugh at, too.

But then came November 2016, and nothing about politics felt fun anymore. A lot of people sought solace in The West Wing, but its idealism and optimism stuck in my throat, and I couldn’t bring myself to watch it. Novels that came out and referenced that election or its winner held no appeal, even though I wanted to want to read them. Romances featuring Democrats and Republicans who somehow made it against all the odds didn’t feel aspirational or sexy anymore. D.C.-set thrillers, often with no subtlety as to the source of their inspiration, focussed on evil forces wanting to overthrow democracy. I didn’t want to read fiction about that. There was enough of it on the news.

In November 2020, the tide began to shift, though I could sense nothing as elevated as hope in my city — it was more like relief. But I’ve yet to pick up a D.C.-set novel since, even though there are books I want to want to read: whether books like Campaign Widows by Aimee Agresti that I missed out on because I couldn’t quite bring myself to read them so soon after November 2016; or books published since, like Admit This to No One by Leslie Pietrzyk, Serena Singh Flips the Script by Sonya Lalli, Creatures of Passage by Morowa Yejidé, or Happy Endings by Thien-Kim Lam.

I’m writing this from London, where I’ve been living since the end of June. My books have not yet made it to this side of the Atlantic. Back in my apartment on Capitol Hill, I had an entire bookcase of America-related books, many of them specifically D.C.- and politics-specific. That bookcase is one of the many things I miss about my life in D.C. I don’t know, yet, if nostalgic reading about my adopted city is going to help me process my sadness about leaving, or if it’s going to end up making me sadder. I don’t know if I’m ready to read the less fun, less hopeful, darker narratives that emerged post 2016. But I’ve just finished writing one romcom set on Capitol Hill, and I’m about to start writing another. So either way, it seems I’m not done with D.C. books yet.