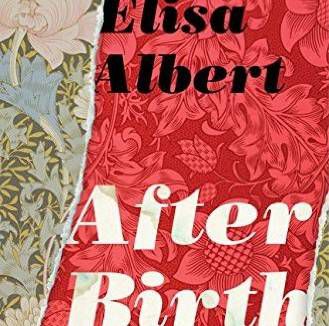 This is a guest post from Bronwyn Averett. Bronwyn holds a PhD in French from Emory University. Her literary loves are contemporary African and Caribbean fiction, 19th century French and Russian novels, and ’90s YA. She spends most of her time under an impossibly large pile of books and takes short breaks to stroll the sidewalks of Montreal with her kiddo. She can otherwise be found at indirectlibre.com. Follow her on Twitter @indirectlibre. 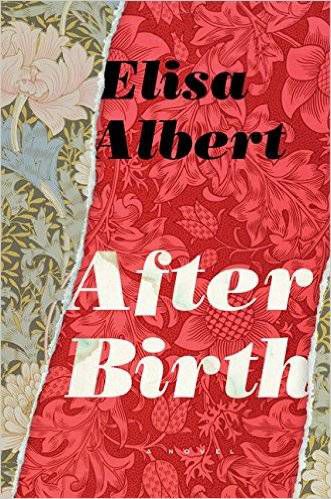 If you had a baby some time in the past year, you likely paid extra attention to the praise of Elisa Albert’s novel After Birth. Pregnant, and searching for the appropriate literature, I was thrilled to hear about a book that would tackle the raw ambivalence of new motherhood – the love, the darkness, the painful joy, and the nearly psychotic state of sleeplessness I had heard so much about. Perhaps many of us had a sense that this was our book at last. The work of fiction that would deal with the pressure of society upon mothers, the injustices of the healthcare system, and the complexity of female friendships, all in one go.

So it does. But the highest compliment I can give the book – which I recently read in a single night with a sleeping two month old slumped in the crook of my left arm – is that although I more than once had occasion to fling it across the living room, I immediately read it again. This is a front-line account of the “mommy wars,” but the problem (and its brutally honest strength) is that the book is narrated by a woman who hates other women.

It is difficult to read a story told by someone who hates you. And when you have not slept for approximately eight thousand hours, it is especially difficult to remember that the narrator of a novel is a fictional construct and not a real person. Leaving aside Elisa Albert’s admission that Ari is an exagerrated version of the author’s own “worst” tendencies, it’s a testament to her immense talent that this protagonist is so painfully real. Living an isolated life in a small town with her husband and one-year-old son, Ari spends much of the book reflecting on her traumatic birth experience and waxing fourth-wave philosophical. Her highly opinionated ideas of motherhood are everywhere. I have read this woman’s cutthroat diatribe against formula a million times on the internet. I’ve met her at baby showers. At various points in the novel, I wanted to correct her facts, invite her for tea, scream in her face, and give her a hug. Not necessarily in that order.

But I could not stop recommending the book to other mothers, who reported similarly strong and divided feelings about it (our love-hate relationship to the book perfectly mirroring Ari’s own relationships with women). Yet despite the discomfort of reading After Birth, it might be our book after all, because it consciously portrays both the difficulty and necessity of telling one’s own story of motherhood.

There is a moment when Ari recalls the transition between the end of her pregnancy and giving birth. She and her husband sit together with their “giant old thesaurus,” listing adjectives to describe her condition: “I took issue with bossy, and somewhere between bulbiform and odontoid the whole thing began to sound kind of obnoxious.” She later lists the scary medical terms that persuade her into a synthetically induced labor.

Words are an intensely salient part of the process, but they so often don’t belong to the women whose stories they tell. Pregnancy, after all, is an epic tale with a beginning, middle, and end (and one hell of a climax), but as Ari points out, most of it is told through subject headings of baby books. Elisa Albert has created a problematic character, but Ari’s defensive and sometimes simply mean pronouncements are part of an attempt to rewrite an experience that has been written for her. What After Birth so strongly conveys is that to become a mother is to constantly grasp at one’s narrative power. “Mommy wars” aside, she is fighting for her own story.