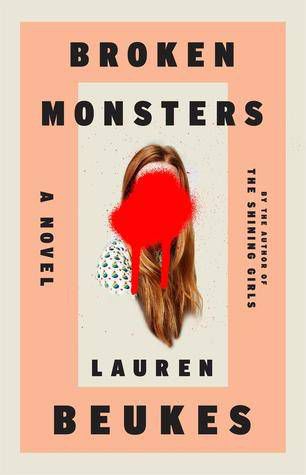 We’re halfway through Season Three of Arrow, and with the midseason hiatus giving us all some time to reflect back on the past nine episodes, I think I can confidently say: this season is a hot mess.

I’ve been watching Arrow since the start, and there’s a lot about the show that I really love, but it’s also got some deeply-ingrained storytelling problems. Season Two improved on them immensely, but it seems to be a “one step forward, two steps back” kind of deal. And so it is with frustrated affection that I present this list of Three Things Arrow Needs to Stop Doing:

1. No More Political/“Ripped from the Headlines” Plotlines

Arrow has always made vague stabs at political relevance, from the Occupy-ish philosophy of its first season on, but it tends to lose sight of whatever message it’s aiming for in favor of doing what looks cool. And make no mistake: a lot of what Arrow does looks very cool. But when you set your Robin Hood-esque hero in opposition to the robber barons of Starling City, then reveal that the robber barons are actually the victims of someone who wants to destroy the city with an earthquake device, you kind of muddle your message a bit.

Nowhere is this trend more in evidence than with this season’s current musings on the ethics of torture. Torture is very much in the public debate these days with last month’s release of the CIA torture report. And given that Arrow’s extremely Batmannish Oliver Queen has a fairly brutal MO, I’m not shocked that the writers would want to explore what sorts of interrogation are ethical, or whether the need to protect the many of Starling City outweighs the Geneva Rights of the few.

But instead, Arrow has presented us with an Amanda Waller waxing poetic about how “torture is an art,” a Waller who is forcing Oliver to learn how to torture people because she apparently thinks that a millionaire hobo she found in the water would be better at this than any of her many trained agents. It gives us an Oliver who firmly believes he must torture for the greater good…except that Barry says that he doesn’t have to, except that Oliver does have to because manpain, except that Barry finds another way, except that then Oliver shoots Captain Boomerang anyway so that the scene can end on a joke. So apparently torture is only okay when it’s funny? Oliver, no.

I’m not opposed to politics in my superhero stories, and Green Arrow has been an explicitly political character for over forty years. But Arrow has not proven that they’re mature or thoughtful enough to use this particular toy. Put it back in the box, show.

I’m so very tired of women being killed off so men can furrow their brows about it. Arrow flipped the script in Season One when they bumped off Tommy, but since then it’s been pretty much open season on major female characters: Shado. Moira. Sara. Meanwhile, kickass superhero Katana has been reduced to wringing her hands and possibly dying off-screen while her husband – a footnote in her bio in the comics – takes center stage. And Thea, who looked like she was finally going to get some agency, has had her body used without her consent by her father in an elaborate setup for some shirtless, phallic-symbol-waving Oliver-on-R’as-al-Ghul action. Pass.

But it was when Ray tearfully confessed to Felicity that he does all this because blah blah dead girlfriend blah that I really lost my patience. Must every hero (or villain – let’s not forget Malcolm’s original motivation) have a tragically dead woman in his backstory? And it’s not even just dudes who need a woman to die to make them want to help people, because Sara seems to have been killed off largely to get Laurel into a new, buckle-ier Canary costume.

Arrow is actually really good at female characters, when they bother. All of the women I’ve listed so far have been interesting, complicated people with a lot more going on in their lives than some emotionally stunted jerk in a green hood. It’s grossly sexist to think of them as more disposable than the male characters, especially in a culture that’s still grappling with the whole “women are people” concept – not to mention a trope that’s been hackneyed for centuries by now.

Plus, it’s just poor planning. Kill a female character and you get an episode of mourning. Keep her alive and there’s no limit to the stories you can get out of her. And speaking of poor planning…

I was trying to describe Roy’s function to a friend who knows the comics but doesn’t watch the show the other day, and she said, “Oh, so he’s Oliver’s caddy!”

After I stopped laughing, I had to agree. But seriously, what is Roy’s job on the show? Diggle’s better in a fight, Felicity’s smarter, and if Ollie’s looking for a 20-year-old to give terrible advice to, his actual sister is right there. Roy appears to have been added solely because he exists in the comics.

And look, I get the instinct. I love Roy in the comics. And I like him in the show, too! But he is not doing anything. And because Oliver is taking Roy with him as backup, Diggle is not doing anything either – seriously, that dude has barely left the Arrowcave in two years. And because Diggle has nothing to do but talk to Lyla about talking to Waller, we have this long, redundant chain of intel that makes no sense because as the flashbacks are showing us, Oliver already knows Waller personally. Meanwhile, kickass, complicated Sara was killed instead of boring Quentin, who’s been rendered incapable of doing actual police work anyway, so his only function now appears to be letting them dust off the police department set.

This is too many guys, unless you’re starting a boy band. P.S. Please start a boy band.

I’m not saying any of these characters should be written off. (Eh, I could take or leave Quentin.) But the cast of Arrow is getting increasingly sprawling, and the writers don’t seem to be able to figure out what any of them are going to do once they’re introduced.

Every character should have a function. Every character should be able to accomplish something on the show that no other character can, whether it’s an indispensable skillset (Felicity’s the queen of this) or generating plot (Laurel does a great job at this, thanks to her job, her history with Oliver, and her burgeoning vigilantism). Otherwise we’re in for another half-season of nine people standing silently in the Arrowcave while Oliver and Felicity gaze longingly at each other. Look, CW, you’re paying a lot of actors a lot of money; give them something to do besides wander in, deliver one line of exposition, and exit the scene in a direction that I am pretty sure doesn’t have a door in it, which I have definitely seen Roy do, bless his stupid heart.

Again: I really enjoy Arrow. But it has its foibles – foibles which are easy enough to fix. They just need to plan ahead a little more, ease up on the gritty! topical! plotlines! and STOP KILLING WOMEN, and it could be a really great show.

Until then, there’s always The Flash.