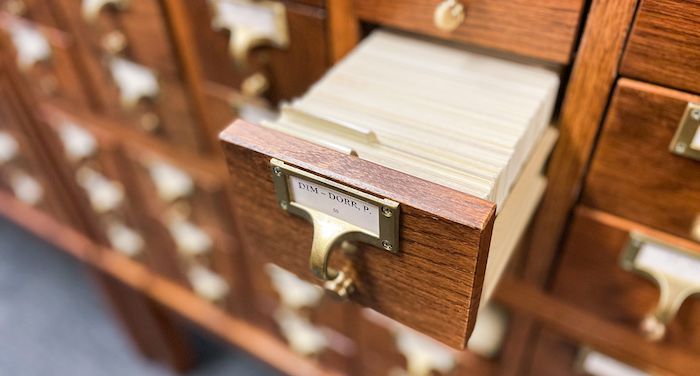 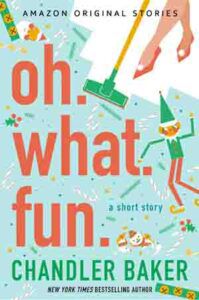 The kids are coming home for the holidays and they can already smell the chestnuts roasting… or is that Mom’s hair on fire? For Tyler, Channing, and Sammy, home has always been filled with holiday magic courtesy of their mom Claire. But this year, when the three kids descend on their childhood home with significant others and kids in tow, something seems a little off-key—and it’s not just the carols. From bestselling author Chandler Baker comes a laugh-out-loud new short story for any mom who’d rather wreck the halls. Prime members read and listen to Oh. What. Fun. for free.

I’m a big fan of the city of Providence. From exploring new running routes on College Hill, to catching golden hour on Saturday mornings downtown, to sipping coffee and biting into a cream filled croissant at my favorite patisserie in Wayland Square, I could go on and on about what I love about it…Perhaps one of the reasons the city is so lovely to me is that there’s always something new to discover. Years ago, my family and I moved to a highly populated town in the woods of Rhode Island. We were about half an hour from Providence but did not visit often. We attended field trips, children’s programming, spelling bees, and playdates at various libraries and historic entities across the state. Still, it took me until my adulthood to recognize the richness of the oldest libraries in Providence.

I now work and live in the city. The libraries, from the shadowed stacks of the Providence Athenæum to the awe inspiring detailed decor of the State Library, fascinate me endlessly. Thanks to the help of State Library librarian Ann G. Teixeira and the Providence Public Library, I was able to identify some of the oldest libraries in the city of Providence. One by one, I paid each a visit and am here to share some insider information on the oldest libraries in Providence.

(Please note: each institution on this list met my criteria of being one of the earliest Rhode Island libraries established, while also being accessible to the public in some form today. Some libraries are no longer located in their original buildings.)

On the East Side, there’s a bright red brick building on Hope Street near Brown University. I’ve walked, ran, and driven past it throughout the years without realizing the history within. If you’re looking to find out about genealogy, or if you have an interest in footage from local newscasters in the 1950s, the Library of the Rhode Island Historical Society is the place to go. The historical society was incorporated in 1822 and has collected books ever since. Although the library moved locations multiple times, it has now found a home within the Mary Elizabeth Robinson Research Center.

The library is bright, neat, and simple inside; the stacks brim with books of varying age and quality. According to reference librarian Rebecca Valentine, the physical contents mainly consist of two things: 1. The largest collection of genealogical books in the state, and 2. Town histories for Rhode Island, New Hampshire, and Massachusetts. Other items of interest include film, photographs, Custom House Records, documents about the slave trade, and unpublished manuscripts of local business ledgers, letters, journals, and more.

A wide variety of resources are available to the public, either online or in-person. Although the library is a non-lending institution, visitors, members, and researchers can make an appointment and browse the collection.

In order to access the State Law Library, visitors have to enter the Providence County Courthouse. The lobby on the fifth floor, Benefit Street entrance is bright and gorgeous. There’s a chandelier and glass and gold everywhere. The library itself is on the eighth floor and aside from a patron or two shuffling papers, it’s very, very quiet. Although the library staff warn me there are no photographs allowed in the courthouse, the library is picture-worthy: the lovely, dark wood shelves are filled with thousands of law books. There are desks for studying scattered throughout the stacks on both levels, and the lamps and gold accents brighten up the space.

The State Law Library was founded in 1827 and has a variety of primary sources and legal documents. While the library is open to the public, circulating materials are limited to those involved in a pending case. This is a fun, little-known stop for library lovers!

When people head to Rhode Island’s capital, it’s not uncommon to add the Providence Athenæum to the itinerary. (I myself have proudly brought guests here!) Boasting antique light fixtures, cozy and bright study spots hidden amongst the stacks, and regal busts of prominent literary figures — including recent additions Mary Wollstonecraft, Louisa May Alcott, and Frederick Douglass — the Athenæum is a gem. The library is bursting at the seams with history and drama. Even its inception in 1836 was dramatic: the Providence Library Company and the previous Providence Athenæum were at odds when it came to merging. So they both disbanded and the new Athenæum was founded in their stead.

Within the walls of the Athenæum, you’ll find a library once haunted by poets and star-crossed lovers Sarah Helen Whitman and Edgar Allen Poe. In the Philbrick Rare Book Room, you’ll find special titles dating back to the year 1300, along with a large, locally custom-made “Egyptian Cabinet” that originally housed sixteen tomes of the rare Description de l’Egypte books.

In non-COVID times, members of the public are welcome to visit and view all the materials within the building. When it comes to borrowing, the Athenæum is a private, membership-based library. The collection is not strictly rare books, though: instead, it’s consistently added to in order to meet the needs and interests of members.

“We have over 180,000 books in our collection,” says Robin Wetherill, Director of Membership and External Relations, “and it truly reflects the citizens of Providence. Some of the most special and rare books we own, like Leaves of Grass by Walt Whitman, we own because someone wanted to read them at the time of publication.”

As a University of Rhode Island alum, I have not spent a significant amount of time at Brown University. I have, however, strolled by and looked longingly at both the John Carter Brown Library and the John Hay Library…Because I am a nerd. That being said, I was thoroughly excited to step into the John Carter Brown Library. The warm wood floors, colorful rugs, and detailed classic artwork had me feeling as if I had stepped back in time. This feeling was appropriate since the library was founded in 1846 with John Carter Brown’s Americana book collection. The building the library can be found in today opened later, in 1904.

“Nicholas Brown, John Carter Brown’s son, really was the one who envisioned the library and museum collection,” says Kim Nusco, Assistant Librarian for Research and Reference Services. Nusco points out the bust and portraits of father and son on display in the W. Duncan MacMillan Reading Room.

According to Nusco, the non-circulating research library caters mainly to fellows and researchers. And the book shelves are truly never empty, as new books and items that are relevant — such as titles on slavery in the United States and the American Revolution — are added to the collection regularly. While the pandemic has led to certain safety measures restricting the general public from visiting, external researchers can make an appointment to visit.

With a magnificently high ceiling and gold decor, one must pause a few steps into the Rhode Island State Library simply to look around. The library is on the second floor — between the Senate Chambers and the House of Representatives — of the gorgeous marble Rhode Island State House downtown. I have visited multiple times during my life and I’m still caught off guard by the room’s loveliness.

The Rhode Island State Library’s collection is non-circulating, but a variety of legislative documents from as early as 1750 are available for visitors and researchers to use within the library itself on weekdays. All the Rhode Island laws can be found in the library. When I served as a tour guide one summer in college, tourists and school groups also loved taking a close look at the tiny collection of Moon Rocks on display from the Moon Landing in 1969. Astronauts brought back not only rocks but a miniature state flag that travelled all the way there and back again; find both items by the doorway in the library!

It feels fitting to finish this list of the oldest libraries in Providence with one from the public realm: the Providence Public Library is a lovely fixture in the downtown Providence scene. I distinctly remember rushing up the front steps and through the front door on Washington Street to go to a poetry reading in 2015. The library was so lovely, though, that I had to stop and ask a family member to snap a photo of me on the steps.

The building was built in 1900, but the library was founded in 1878 in a different building called the “Butler Exchange.” Now, the original Butler Exchange building is long gone and the library recently completed renovations. A significant section of the library has been updated with fresh lighting, an atrium, and new windows, amongst other improvements. That front door I rushed to over six years ago is no longer the main entrance. Instead, the main entrance is on Washington Street. From marble staircases to the Updike Room, though, visitors can tour or wander about the gorgeous rooms in the 1900 Venetian Renaissance style historic building. Many formal events and weddings have unsurprisingly been held in this space.

If you want to hear more of my thoughts on libraries (don’t worry — I have plenty to say), read a story about moving, my sister, and giving books away in Searching for Little Free Libraries as a Way to Say Goodbye. Want to know what other great things are happening within the library community? Check out A/V Club, Vrikshisana, and Voting: 5 Unique School Library Programs.