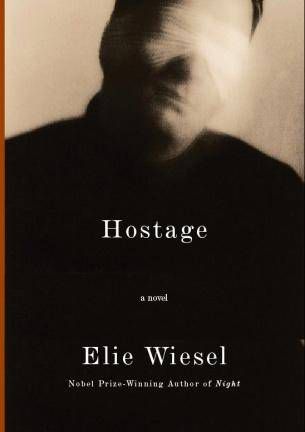 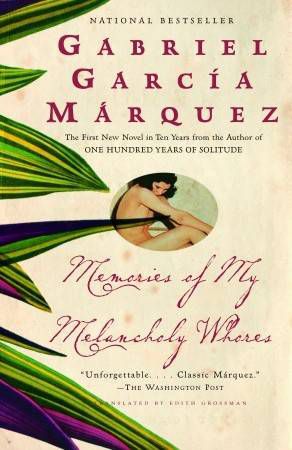 In 2005, I traveled to Mexico City a few times. On one of those trips, I spent the afternoon roaming the city with some friends, and stumbled across a bookseller in the street. I had hesitated to buy books on any of my previous trips because they are quite expensive there. I saw something, though, that caught my eye. It was a book by Gabriel Garcia Marquez that I had never heard of. I thought that I had read pretty much everything at that point, but there was a copy of something called Memoria de mis putas tristes. I bought it, thinking that I would challenge myself to read it without consulting my Spanish->English dictionary any more than absolutely necessary.

My plan was to read the Spanish edition first, then hunt down an English copy as soon as I had finished it. That day came and went, and I was feeling pretty proud of myself because I thought had gotten most of the jokes. I thought if I could just get my hands on an English copy, I would finally be able to laugh at them all.

I was quite surprised to discover that the book had only been released in Spanish a few months before I purchased it, and the English translation, Memory of My Melancholy Whores, was not due out until several months later. I had thought that Garcia Marquez had stopped writing fiction long before that. To discover that I had something new, something that my professors had not read, that the bookstores did not carry, was mind-blowing. To discover that he was still writing, and that he was as good as ever, was exciting.

There are other writers out there that I do not expect to see new titles from. They are older now, and they might still make appearances or write the occasional essay. We do not expect them to be hard at work on a new book. We assume their stories have been told. Ray Bradbury stands out as an exception to this rule. Garcia Marquez has proven that he is, too.  While perusing the fall catalogs earlier this week, I learned that I could add another name to that list – Elie Wiesel,  Nobel Peace Prize recipient and author of Night.

I read  Night in both high school and college. I knew that he had written several other novels, including the two follow-ups to Night, but I have not read very many of them. I have read his essays and listened to his speeches. I knew that he was still active politically, but I had no idea that he was still writing. I read the description for Hostage and was intrigued by the opening statement, which reads: “The acclaimed novelist and Nobel laureate returns to the subjects that have brought him the widest critical and commercial success…” He went away from those subjects? He was not a critical and commercial success? When did that happen?

I realized that I had missed out on more than a few of Wiesel’s novels, and when I explored some of the most recent titles, I saw that they were not always received favorably, though reviewers seem to go out of their way to be gentle with their criticism.  The Los Angeles Times review of  his 2010 novel The Sonderberg Case is just one example:

Along with Wasserman, we hope for illumination from Sonderberg’s story, but it comes to us hurriedly, secondhand, partly in paraphrase. Unfortunately, the stilted style and convoluted rendering of this key scene are typical of “The Sonderberg Case” — in contrast to “Night,” which is simple, direct, harrowing, unforgettable.

Judging by the reaction I got when I tweeted the news of Wiesel’s new book. there are a lot of people who are just as excited as I am. There are also a lot of people who did not realize that it was not all that long ago that he had a new title hit the shelves. The fact that these books have gone largely unnoticed makes me wonder what I can expect from this new title. Will it be as satisfying as Night? Should I set my expectations that high? Or should I take Hostage with a grain of salt, as I would do with so many other writers who are as prolific as Wiesel has been? The difference in this situation being, of course, that I did not know he had been writing this whole time.  How did I not know that?

These days, it is not uncommon to have a book on my shelves before the general public.  Sometimes they are sent to me with a request to be reviewed on my blog. Other times I ask for something that catches my eye. If there is a book from a prominent author that catches my eye, I expect that I will have to wait until it hits the stores. I do not even ask. Normally. I did this time, and I was lucky. I will let you know what I think of it a bit closer to the August 21st release date.

Now, if there was just some way to substantiate the 2010 rumor that there’s a new Garcia Marquez novel, titled We’ll Meet in August, I would be a happy lady. That’s one book that I would give up my first-born child to get my hands on.