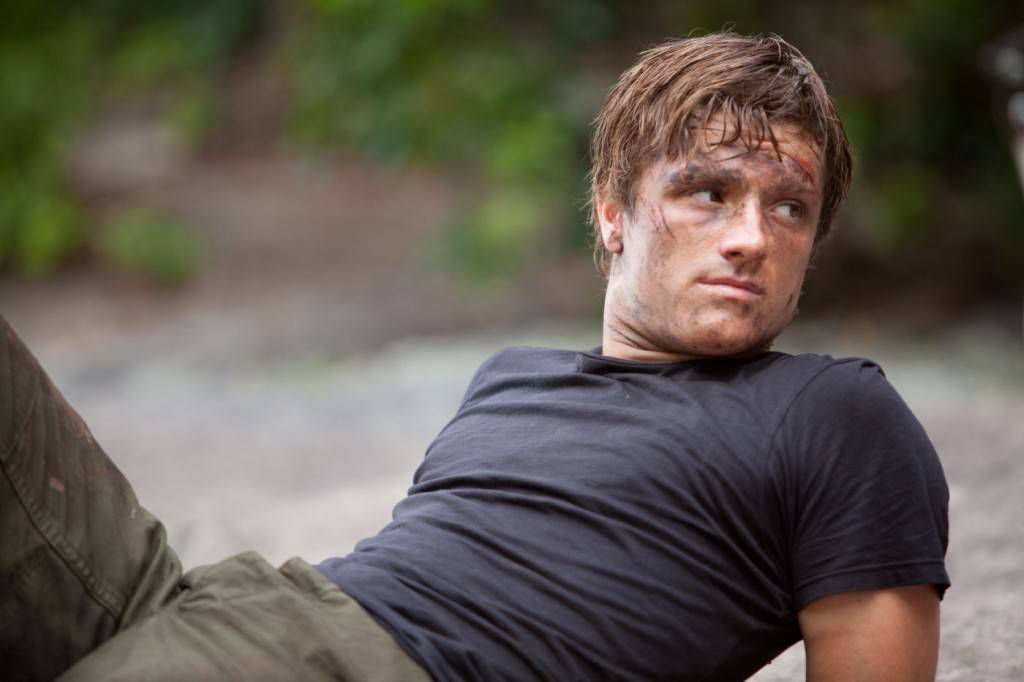 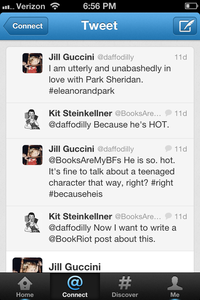 It started with a Twitter conversation between two Rioters. Specifically a Twitter conversation regarding the hotness of one Park Sheridan, the romantic teen lead of Rainbow Rowell’s breakout YA novel Eleanor & Park. More specifically, the question that arose from said chat was regarding whether or not it is acceptable for adult women to have feelings for fictional teenage boys.

Screencap to the left, for your convenience and perusal.

Also, it should be noted that I say “Now I want to write a Book Riot post about this!” so many times a day it might be time to adopt this as my personal catchphrase. CUE LAUGH TRACK.

But I really DO want to write a post re: why it’s okay for adults to think teens in books are hot. Because WE DO. And because THEY ARE.

That said, I am NOT a Cougartown when it comes to teens in film and television. I am NEVER attracted to teen characters who actually look like/are teenagers. When I do think a screen teen is a cute boot, a quick trip to Wikipedia or IMDb reveals that man really IS a man, usually mid-twenties, closer to thirty than to high school graduation.

And real teens? THEY LOOK LIKE BABIES. I know if you’re a teenager you don’t FEEL like a baby, you feel like you’re a one-hundred-percent adult, but you’re not, you’re dawn’s early light and dewdrops on grass blades and your brain isn’t fully formed yet ACCORDING TO SCIENCE and you look like a baby to everyone who’s an adult. A very impressive baby who can do calculus and sink shots from the three point line. But a baby nevertheless.

But a teen boy in print. A Parker Sheridan. A Peeta Mellark. A Cedric Diggory. A BE STILL MY HEART CALVIN O’KEEFE. All of a sudden I start dreaming of stolen kisses and planning weddings. Why do cute, smart resourceful, oddball book boys turn me into a literary Mrs. Robinson?

I think I’ve figured it out. When you have a crush on a YA teen it’s the TEENAGER INSIDE OF YOU having a crush on that character. It’s a way to relive being in love for the first (or second or third) time. You can experience the electric thrill of being a teen in love but through the lens of your job-holding, bill-paying adult brain. And it’s all in your brain when you’re reading. You imagine yourself as a teenager with your imagined teen character crush. The same spell doesn’t work with film and television teens. You can SEE that they’re babies just as you are acutely aware that you are the OPPOSITE of a baby. The human brain is bananas visual, just read any book on pop psychology, and visuals hit home hard with us homo sapiens. Readers don’t exist in a visual and literal world while reading, we’re in the weird in-between space where our imaginations, not our eyeballs, do the bulk of the work. And our imaginations not only let the world we’re reading about be whatever we want it to be, WE get to be whatever we want to be while reading.

This is my theory and I’ll be the first to point out it’s based on anecdote NOT SCIENCE. Someone else will have put electrodes on skulls and scan brains reading the kissing parts of The Hunger Games or whatever. My theory is not science sound, but it makes sense to me, and it explains why I can swoon about Calvin O’Keefe while rereading A Wrinkle in Time, but if I met a real sixteen year old Calvin I would be like “You can’t go fighting evil on other planets until you finish your homework, young man!”

Anybody else out their adults with super-crushes on book teens? Explain yourself!