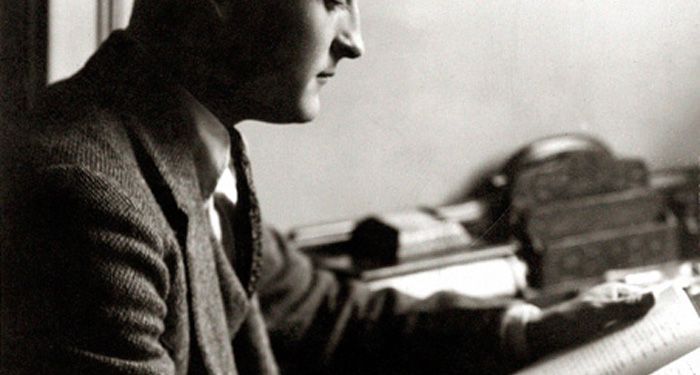 Critical Linking, a daily roundup of the most interesting bookish links from around the web is sponsored by Jimmy Patterson Books.

“Last week, a letter supposedly written by F. Scott Fitzgerald—quarantined due to the Spanish Flu in 1920—made the social media rounds. In it, Fitzgerald states that he and Zelda had fully stocked their bar, and called Hemingway a flu ‘denier’ who refused to wash his hands. This letter went viral.

The only problem? It was not written by Fitzgerald; its true author is Nick Farriella, who had written it as a parody for McSweeney’s earlier this month. However, for those of you who crave an actual Lost Generation quarantine story, you’re in luck. Please allow me to entertain you with the true story of how Ernest Hemingway was once quarantined not only with his wife and sick toddler, but also his mistress. He actually took quite nicely to it.”

“The year’s not even halfway over, and women writers are already dominating the conversation when it comes to new releases. From the titles that already have readers talking to buzzy releases still to come, the best books written by women in 2020 span all genres. Established authors like Emily St. John Mandel and N.K. Jemisin have already wowed fans with intricate novels released in the first half of the year, while the second half of 2020 promises to bring fresh titles from big names like Veronica Roth, Jasmine Guillory, and Suzanne Collins. Women authors are serving up the thrillers, speculative fiction, and romance novels that the world needs right now, and if your TBR list doesn’t already include all of these must-read titles, then now is the time to add them to your list.”

So many books to be excited about!

“When I sat down to write an outline for what I wanted to do this time, I think every essay I thought of was a different way to complain about having moved, and not having any friends in the new place, and not knowing how to live in a house after having lived in apartments for most of my life. So I didn’t set out to be a fish out of water, but I looked around and was like, wow, this this is it. I’m going to write about it now.”