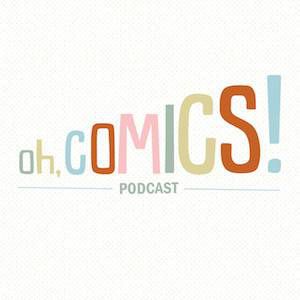 J. Gordon is Kickstarting some Bat-Armor. He’s already surpassed his goal of $1000. I’ve already recorded an interview with him, which you’ll hear on next week’s show.

We mention a number of comics for children on this episode, and are endeavoring to list them all here.