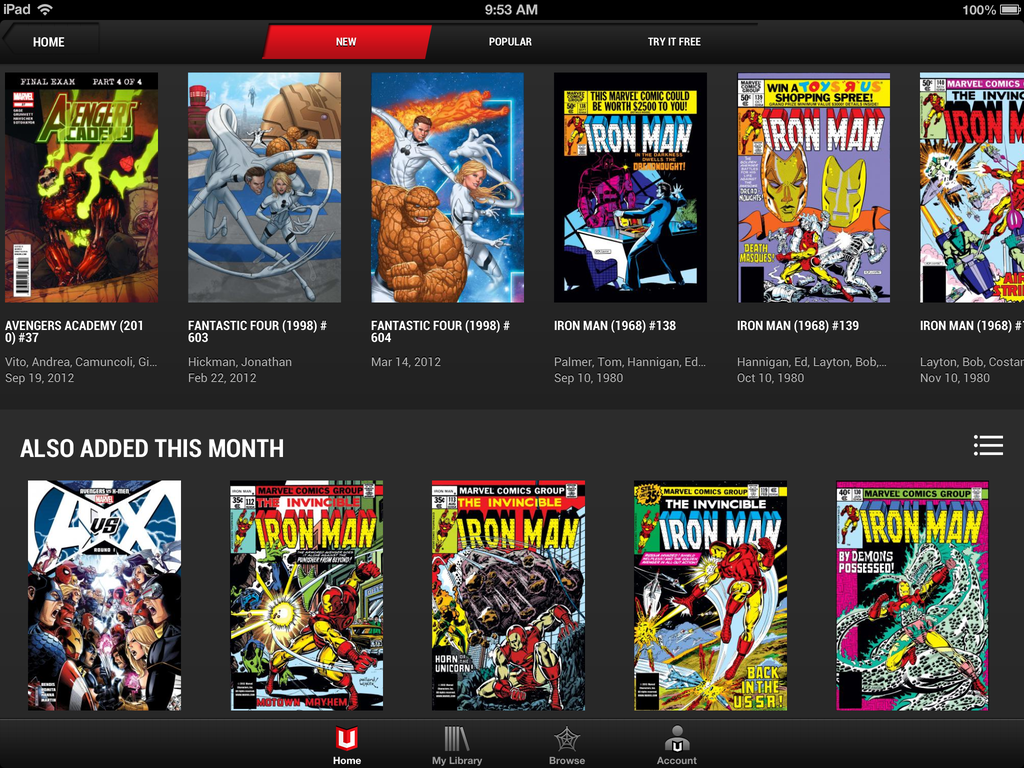 Most people know those familiar opening lines. For three quarters of a century they’ve announced that a guy in red and blue pajamas is about to make the scene. But they didn’t come from a comic book. Neither did kryptonite, Perry White and Jimmy Olsen, or the simple fact that Superman can fly. No, those elements were all introduced in the 1940s radio show, The Adventures of Superman.

At first glance, it might seem strange that so much of a comic book character’s mythology would come from a secondary medium, but it happens all the time. From Silver Age Batman getting campier to echo the Adam West show to the migration of J.A.R.V.I.S. from the Iron Man movies to the comics, the radios, cartoons, TV shows, and films that superheroes appear in define them just as much as their four color homes. In fact, considering how small the comics-reading audience is these days, one Marvel Studios blockbuster has more influence on the hearts and minds of the casual superhero fan than a year’s worth of floppies.

I’ve always been fascinated by superheroes in multimedia – what they draw from the comics, what the comics take back from them, and how they shape the popular perception of their stars. In this column, I’ll be tracing comic book superhero stories in non-comics multimedia, from the pre-war radio serials to today’s blockbusters. And there’s no better place to start than The Adventures of Superman – the first multimedia appearance of a hero born in the comics.

The Kellogg’s-sponsored radio serial, originally just called Superman, premiered on February 12, 1940 and ran with only a few short hiatuses until 1951, for a whopping 2,008 episodes. For the vast majority of the run, it starred Bud Collyer as Superman and Joan Alexander as Lois. As mentioned above, it fleshed out Superman’s character, world, and supporting cast in ways the comics hadn’t yet touched. And it was huge.

Here’s the thing, and it’s always the thing when we’re talking about superheroes in multimedia: Superman in the early 40s was a big freaking deal. Sales of his comics were in the millions. (Can you imagine those kinds of sales figures today? Holy Toledo!) But comic book readers were mostly kids, while whole families gathered around the radio to listen to his latest suspense-filled exploits. Kids learned about the Last Son of Krypton from the comics, but it took radio to introduce him to the whole world.

Okay, you say, but that was in 1940. We’ve got them newfangled color TVs now – why listen to a 75-year-old radio show when you can watch bullets splatting against Brandon Routh’s eyeballs in high def Blu-ray, bigger than life?

Well, it depends how much of a Superman/old superhero stuff/1940s buff you are. Now, admittedly I’m a total nerd for all of those things, but I’m also an extremely visual person – I can’t do audiobooks and I struggle to stay focused through podcasts – and I found AoS totally compelling. The breathless writing is crammed with twists and cliffhangers; there are times I genuinely find myself wondering how Lois and Jimmy are gonna get out of this jam! (Superman, usually. Go figure.) Once you get caught up in the descriptive dialogue, it seems totally natural that the characters would narrate literally everything that happens to them (“Why, Mr. Kent, I believe that car is following us. Look! Now it’s stopped! Two men are getting out of the car! Mr. Kent, it’s the infamous gangster Goldbrick Jones and his henchman Thugsy! Mr. Kent, they’re coming towards us!” Et cetera.).

The show owes a lot to a strong cast, particularly Bud Collyer. It was Collyer’s idea to distinguish his “Clark” voice from his “Superman” voice, an acting choice that all subsequent Supermen have grappled with in one way or another, and it works tremendously well. His Clark is soft-spoken, with a gentle and inquisitive tone that makes you want to sit down and tell him all your troubles – but when no one’s looking, he seamlessly drops his voice down into the deeper, authoritative baritone of Superman, making the two identities wholly different and yet somehow recognizably the same person. Though all of the intricacies of the secret identity aren’t totally ironed out yet – early on, Superman has a tendency to rough people up, then change into Clark right in front of them with nothing more than a warning not to say anything – the double life is compelling and utterly convincing.

After a couple short stints with other actresses, the show settled on Joan Alexander for its Lois. By turns haughty and droll, Alexander nevertheless has a warm, easy chemistry with Collyer. Jackie Kelk made Jimmy Olsen a breakout character (spurring the addition of a second Daily Planet copyboy, Beany Martin, who didn’t manage to make it into any other venues), though he was replaced for the last three years of the show by Jack Grimes. Julian Noa rounded out the main cast as Perry White. Matt Crowley played Inspector Henderson, a character who did a long stint on radio and in the 1950s TV show before finally making it to the comics in 1974. Stacy Harris and Ronald Liss occasionally showed up as Batman and Robin to lead the action whenever Collyer needed a vacation, since the show’s three-day-a-week, then five-day-a-week schedule didn’t offer Collyer many chances to rest.

The show’s a lot of fun, but it is weird, in the way that radio shows of the time were weird. A lot of the weirdness belongs to its bizarre recurring comic relief characters, from hillbillies to mad scientists, from the fudge-loving cowboy Tumbleweed Jones to Poco, Perry White’s personal chef from the Planet Utopia, who only speaks in rhyme, because why not.

Unfortunately, the show’s love of the stereotypes of its time extends to racial ones (and, to a lesser extent, a lot of screaming, fainting damsels in distress, though not tough-as-nails Lois). Simply put: the show is hella racist, with Hollywood Indians, “savages” of every stripe, accents a-plenty, slurs that I refuse to even type out towards multiple ethnicities, and, after Pearl Harbor, lengthy speeches from both Perry and Clark himself about the untrustworthiness of “Orientals.” It’s vile, especially from the mouths of these beloved characters, and unforgiveable no matter what the historical context was.

And we know the writers knew better, because even as they were trotting out these awful stereotypes, they were fighting for tolerance. The opening narration of the show had always described Superman as a “champion of the oppressed,” but after a few years it added “champion of equal rights” and “fighter against the forces of hate and prejudice.” Jimmy Olsen exposed a local hate-based group as being led by a former Nazi, and Superman went up against anti-Semites (not bad for the brainchild of two Jewish fellas).

Most famously, the show took on the Ku Klux Klan itself. Activist Stetson Kennedy had infiltrated the KKK and was looking to expose their methods on a national platform. He reached out to Superman producer Robert Maxwell, who jumped at the chance to have Superman face these real-world villains. Though the organization on the show was called “the Clan of the Fiery Cross,” it was clear to listeners who they represented. There’s a persistent rumor that Kennedy actually provided secret passwords to the show’s writers, which is probably not true – but the show did expose the KKK’s ideology and methods to thousands of listeners, and KKK recruitment took a nosedive. It sounds hokey to say it, but when the show used its hero’s powers for good, it could actually change the world for the better.

There’s a ton more to say about the radio serial – how could there not be, with an eleven-year run? – but we’ve got a few more radio shows to get through together, so I’ll stop here. If The Adventures of Superman is piquing your interest, you can listen to some early episodes at the Internet Archive – or for added context, check out The Chronological Superman, which covers all of Superman’s appearances, in order, radio included.