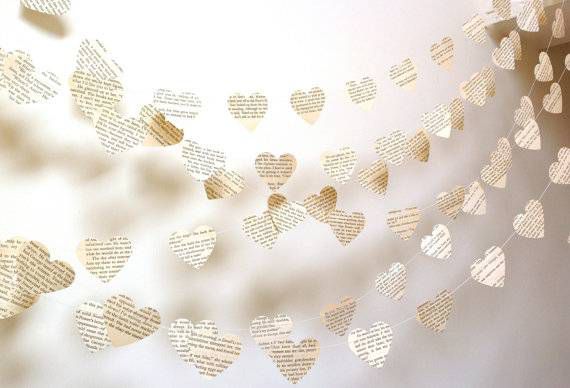 In early 1941, Captain Marvel became the first comic book superhero to appear on the big screen. But special effects were obviously not much to write home about back then, and though the filmmakers were admirably inventive, the results couldn’t hope to match the limitless fantasy of the comics. No, only animation could do that, and in this, as in so many other things comic book-ish, the way was paved by Superman.

In 1941, Paramount Pictures approached Max and Dave Fleischer about making a series of Superman shorts. In the studio era of Hollywood, short cartoons were played before the full-length film – that’s where all those Mickey Mouse and Bugs Bunny shorts originally ran – and if a character was popular enough, the cartoon could help fill theater seats. Superman was very, very popular, and Paramount saw a potential profit. They were not only the Fleischer brothers’ distributor, but a majority owner of the studio, but the Fleischers had no interest in bringing Superman to the screen. Rather than outright refuse, they offered to do it for $100,000 a short – and to their shock, Paramount actually considered it.

In the end, the first short had a budget of $50,000, which was still astronomical at the time, and each subsequent short a budget of $30,000. And in exchange for that small fortune, the Fleischers turned out a series of cartoons that stand not just as some of the greatest Superman stories of all time, but one of the highlights of the Golden Age of Animation.

There are 17 shorts in the series: nine produced under the Fleischer banner, and eight after the brothers had a falling out and were ousted from the studio, which was renamed Famous Studios. There’s no plotline connecting them, unless you count the fact that the Fleischer shorts lean more towards outlandish sci-fi and the Famous shorts towards war propaganda, and aside from a brief recap of Krypton’s destruction in the first short, there’s no origin. They’re just pure action, with a little witty banter at the Daily Planet to cap off each adventure. And they’re wonderful.

All of these shorts are in the public domain and available to watch in very high quality on YouTube, so I suggest you check out the list of titles on Wikipedia and then watch them all right now, because my words can’t possibly do justice to how beautiful these films are. I’m struck anew by the brilliant use of light and shadows every time I watch them, and how they create a gorgeous, moody Art Deco Metropolis for Superman to inhabit that looks quintessentially urban and yet like no city on Earth. So much is told in silhouette, whether it’s a gangster creeping up behind Lois Lane or Clark Kent transforming into Superman, and it’s effective every time; early animation didn’t always know the power of subtlety, but the Fleischers did. It’s not hard to see the influence of these shorts on Batman: The Animated Series.

But just because they can do subtle doesn’t mean they always do, and in between creepy shadows and moody laboratories or subterranean caverns you get glorious science fiction action bursting across the screen. These shorts aren’t at all tied to the laws of physics – Superman punches electricity back into a ray gun! skyscrapers bend like rubber! meteors somersault about in the heavens! – but they manage to keep the cartoon action grounded, largely because you can see Superman working for it. The Fleischers relied heavily on rotoscoping, which is essentially animating by tracing live action footage, and often creates a creepy, Uncanny Valley effect. Here, though, it just gives Superman a raw, tangible physicality, something that carries through even when he’s doing things that they obviously couldn’t rotoscope, like flying. Superman feels powerful and very present on the screen in a way that some slick, modern portrayals can’t capture.

The voices help, too. Bud Collyer and Joan Alexander reprised their roles from the radio series and keep the same playful spark in their relationship as Clark and Lois, while Collyer’s deeper register lends gravitas and strength to his Superman. Alexander’s Lois is particularly a defiant, snappy delight, and the writing matches the strength of her voice, as she stands up to multiple torturers, flies around in biplanes, and at one point fires a tommy gun on train hijackers, because Lois Lane is the bomb. The actors are backed by a gorgeous, soaring score that must have thrilled the kids of 1941; you can hear echoes of it in John Williams’s later “Superman” theme.

There is one unavoidable and major flaw in these shorts, though, and that is the virulent racism. As I mentioned, the second half of the series, from Famous Studios, focuses more on the war, and that means profoundly racist portrayals of Japanese people – one of the shorts’ title’s even contains a slur that I’m not going to reproduce here. “Jungle Drums” features a nonspecific “African tribe,” depicted as subhuman savages, and there are problematic tropes in “The Mummy Strikes” and “The Underground World” as well. The fact that these shorts came out in the early 40s in no way excuses them, and I have no interest in attempting to do so – consider this more of a trigger warning. Yes, the racism is a reflection of popular tropes and stereotypes at the time, but that doesn’t mean they’re not a stain on what are otherwise works of art.

As with the radio show and the later live action serials, the Superman shorts from Fleischer Studios helped to amplify and codify Superman’s iconic presence beyond the comics. The radio had implied flight, but now audiences could see and almost feel what that was like. Once again, a new form of media had built upon Superman’s legend, and this early cross-platform success is a big part of why we’re still talking about this character, 75 years later.

Like I said, all of the Fleischer and Famous shorts are available to watch on YouTube, or at the Internet Archive. You can see a full list of them here, or check ‘em out on DVD here.