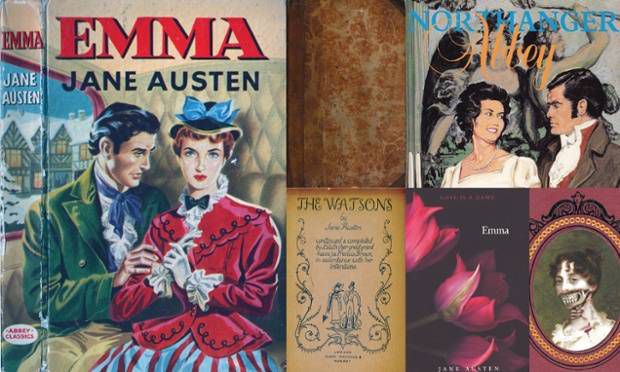 Within the next five years, if all goes as planned, Captain Marvel will be returning to the big screen. But not in the 2018 Marvel Studios movie Captain Marvel; no, the guy I’m talking about will be under the DC/WB banner, and when he hits the screen in 2019 he’ll go by the name Shazam. And you, gentle reader, will have all your relatives and your coworkers asking you to explain who “Captain Marvel” is…which will be fun, because by my last count, there have been like 73 heroes under that name, published by three different companies.

But in 1941, there was just one, and he was the biggest superhero in the world.

The Captain Marvel we’re going to be talking about today was created in 1939 by Bill Parker and C.C. Beck over at Fawcett Comics. Like many other characters in that first year after Superman’s debut, he was created in response to the Man of Steel’s unprecedented popularity, but as far as wish fulfillment was concerned, Cap went one further. Like Superman, the Big Red Cheese had flight and superstrength, wore a cape, and spent his days as a mild-mannered reporter – but his alter ego was literally a child, a 12-year-old orphan named Billy Batson who was given the power to transform into an adult superhero by speaking the magic word “Shazam!”

Kids ate it up. Why bother imagining yourself as grownup Superman or even powerless sidekick Robin when you could live vicariously through a kid who got to be the World’s Mightiest Mortal? This angle – plus some great comics, of course – made Captain Marvel wildly popular, outselling even Superman.

DC, understandably displeased, sued for copyright infringement in 1941. (It’s worth noting that what we now think of as a genre was back then pretty much just one guy, so basically all flights ‘n’ tights-style characters were fair game for accusations of plagiarism, even if they didn’t have shiny black hair and a press pass in their hat band.) The case dragged on until 1953, when the decline in sales of superhero comics made Fawcett decide it wasn’t worth keeping up the fight. They ceased publication of Captain Marvel comics; DC licensed the character in 1972 and purchased him outright in 1991. However, in 1967 Marvel had published a completely unrelated comic with a new character named Captain Marvel, and now owned the trademark to the name. Thus all Captain Marvel comics published by DC have been under the title Shazam; in 2011 they changed Billy’s superhero name to Shazam to reflect this and hopefully clear up some confusion.

That’s the quick and dirty explanation of the Captain Marvel trademark. But in the early 40s, there was just Billy, outselling everyone else on the newsstand.

Any character that big was an obvious choice for a movie serial, and sure enough, Republic Pictures produced a 12-parter in 1941, making Captain Marvel technically the first comic book superhero to appear on the big screen. Billy was played by Frank Coghlan, Jr., a former child star, and Captain Marvel was played by Tom Tyler, a B-list Western actor.

The setup for the serial is pretty different from the comics. Billy still receives the powers of the gods from the wizard Shazam, but he’s no little kid – Coghlan was 25 at the time. He also meets the wizard not in an abandoned subway station as per tradition, but on a trip to Thailand with a group of wealthy archaeologists in search of a Philosopher’s Stone-esque device called the Golden Scorpion. A mysterious, hooded villain called the Scorpion tries to steal the device, so to keep its power out of his hands, the archaeologists divide the lenses that make it work among them – but one of their group is secretly the Scorpion, who starts stealing all the lenses back so as to harness the device’s power. Billy, his friend Whitey, and secretary Betty Wallace spend the serial trying to solve the mystery as the archaeologists are gradually bumped off.

I have to imagine audiences in the 40s were pretty impressed. Honestly, considering that this was made on a shoestring budget during a war, the special effects hold up pretty well. The flying is obviously wirework but (partially thanks to the graininess of the 70-year-old footage) the wires themselves aren’t visible. Billy’s transformations are masked by an impressive explosion of white smoke, and every time Cap shrugs off a bullet or breaks something, it’s pretty satisfying.

Unfortunately, there’s not much more that’s impressive about these. Tyler simply doesn’t come off as…well, superheroic. He mostly looks confused when he’s not actively breaking things. (He also murders a lot of people, which is jarring to see for a lighthearted character who’s supposed to be pre-pubescent in the comics.) Coghlan at least seems to be in this serial on purpose, but his Billy spends most of his time stumbling into deathtraps, Shazaming his way out of them, and turning back to Billy just in time to stumble into them again. The archaeologists are mostly interchangeable, so the mystery of which one of them is the Scorpion is not at all compelling, and the Scorpion himself looks completely ridiculous, scampering around draped in black satin bedsheets. The only character I really enjoyed was Betty, who has a sensible sort of Golden Age career girl resourcefulness and stays sharp despite experiencing something like 138 concussions over the course of 12 episodes.

Billy (center) and the archaeologists

Also, the serial is hella racist. Though the ultimate villain is a white man (spoilers!), the whole thing is predicated on a mishmosh of Orientalist stereotypes, complete with superstitious natives being exploited and eager to kill our white heroes just for the heck of it. Charming.

Finally, the whole thing is just…well, kind of boring. These weren’t meant to be marathoned but honestly, even getting through one is a slog, between the interchangeable characters and knowing that nothing can actually hurt Captain Marvel. Audiences this early on found just witnessing the feats of an invincible character to be compelling enough, something we’ll see next column with Superman as well, but my modern sensibility was looking for a little peril to go along with my derring-do.

So should you watch it? Eh, I’d give a couple of episodes a whirl just to check out the 40s-style special effects, but as far as Golden Age Captain Marvel is concerned, I’d stick with the comics. Let’s hope the 2019 (whew!) movie is a bit more engaging.