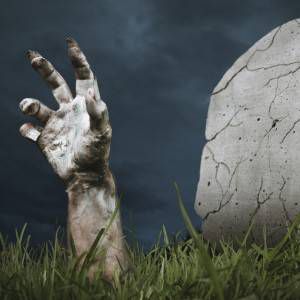 This week’s Riot Recommendation is sponsored by Shallow Graves by Kali Wallace. 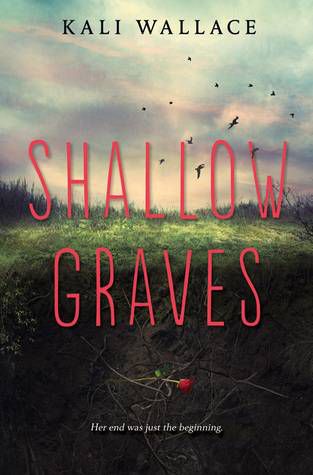 For fans of Holly Black and Nova Ren Suma, a gripping, hauntingly atmospheric novel about murder, revenge, and a world where monsters—human and otherwise—lurk at the fringes.

When seventeen-year-old Breezy Lin wakes up in a shallow grave one year after her death, she doesn’t remember who killed her or why. All she knows is that she’s somehow conscious—and she’s able to sense who around her is hiding a murderous past. Now she must set out to find answers and discover the gritty, dangerous world to which she now belongs—where killers hide in plain sight, and a sinister cult is hunting for strange creatures like her. What she finds is at once empowering, redemptive, and dangerous.

Zombies, vampires, ghosties, oh my! Halloween isn’t the only time to read books about the undead (there’s a foot of snow on the ground here and everyone is house-bound and there’s something really delicious about reading about flesh-eaters when you’re unable to escape your current location).

We asked you to share your favorite stories about the undead, and you answered! Here are 36 of your favorites . . . now to get reading!

The Art of Zombie Warfare by Scott Kenemore

Brief History of the Dead by Kevin Brockmeir

Chronicles of the Necromancer by Gail Z Martin

The Ex-Heroes series by Peter Clines

The First Days by Rhiannon Frater

The Hellbound Heart by Clive Barker

The Hollows by Kim Harrison

A Prayer for the Dying by Stewart O’Nan

The Tale of the Body Thief by Anne Rice

The Reapers Are the Angels by Alden Bell

This Is Not A Test by Courtney Summers

The Twelve by Justin Cronon

Undead Tide: A Tale of Pirates and Zombies by R.J. Price

The Wizard of Earthsea by Ursula Le Guin