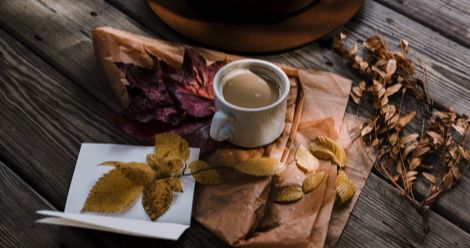 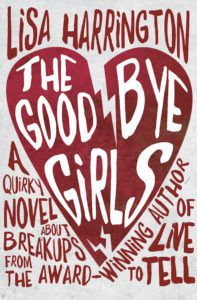 The students at Lizzie’s high school are notoriously terrible at breakups. Forget awkward conversations—they’re dumping each other via text. Inspired by the breakups around her, sixteen-year-old Lizzie, strapped for cash and itching to go on the school’s band trip to NYC, teams up with her best friend, Willa, to create a genius business: personalized breakup baskets. The Goodbye Girls operate secretly, and business is booming. It’s not long before someone starts sending impossibly cruel baskets to seemingly random targets, undermining everything Lizzie and Willa have built. Will Lizzie end up saying goodbye to the business for good?

Welcome to October, my favorite month of the year! This month has all of the best things: crispy leaves, sweater weather, pumpkin spice, cozy reading, and of course, all the new books! I’ve got a list of YA books for your October library holds list, although because this is a big month for books, I’ve left off some of the most notable ones that are probably already on your radar—like The Lady’s Guide to Petticoats and Piracy, Muse of Nightmares, and What If It’s Us. Get your library card ready, put on the tea kettle, and add these October YA releases to your TBR! 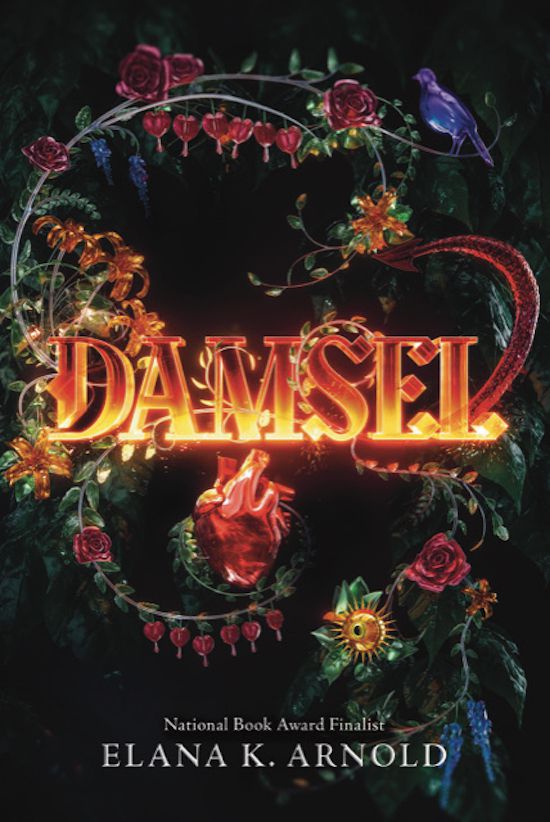 The rite has existed for as long as anyone can remember: When the king dies, his son the prince must venture out into the gray lands, slay a fierce dragon, and rescue a damsel to be his bride. This is the way things have always been.

When Ama wakes in the arms of Prince Emory, she knows none of this. She has no memory of what came before she was captured by the dragon or what horrors she faced in its lair. She knows only this handsome young man, the story he tells of her rescue, and her destiny of sitting on a throne beside him. It’s all like a dream, like something from a fairy tale.

As Ama follows Emory to the kingdom of Harding, however, she discovers that not all is as it seems. There is more to the legends of the dragons and the damsels than anyone knows, and the greatest threats may not be behind her, but around her, now, and closing in. 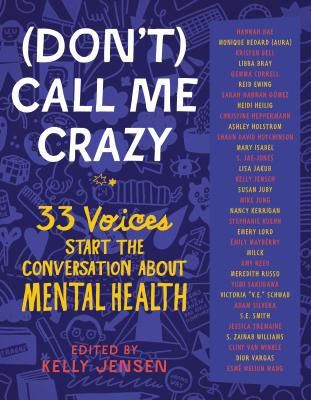 What does it mean to be crazy? Is using the word crazy offensive? What happens when a label like that gets attached to your everyday experiences?

To understand mental health, we need to talk openly about it. Because there’s no single definition of crazy, there’s no single experience that embodies it, and the word itself means different things—wild? extreme? disturbed? passionate?—to different people.

their personal experiences with mental illness,
how we do and don’t talk about mental health,
help for better understanding how every person’s brain is wired differently,
and what, exactly, might make someone crazy.

If you’ve ever struggled with your mental health, or know someone who has, come on in, turn the pages…and let’s get talking. 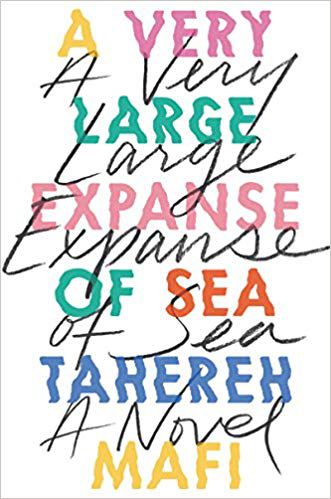 Longlisted for the National Book Award for Young People’s Literature!

It’s 2002, a year after 9/11. It’s an extremely turbulent time politically, but especially so for someone like Shirin, a sixteen-year-old Muslim girl who’s tired of being stereotyped.

Shirin is never surprised by how horrible people can be. She’s tired of the rude stares, the degrading comments—even the physical violence—she endures as a result of her race, her religion, and the hijab she wears every day. So she’s built up protective walls and refuses to let anyone close enough to hurt her. Instead, she drowns her frustrations in music and spends her afternoons break-dancing with her brother.

But then she meets Ocean James. He’s the first person in forever who really seems to want to get to know Shirin. It terrifies her—they seem to come from two irreconcilable worlds—and Shirin has had her guard up for so long that she’s not sure she’ll ever be able to let it down. 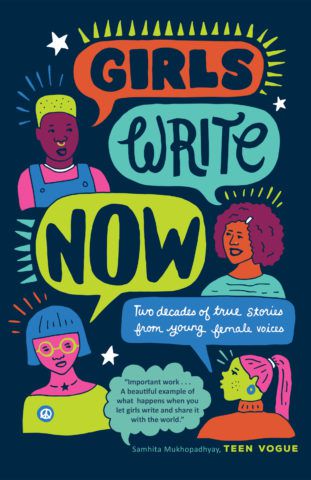 Girls Write Now: Two Decades of True Stories from Young Female Voices offers a brave and timely portrait of teenage-girl life in the United States over the past twenty years. They’re working part-time jobs to make ends meet, deciding to wear a hijab to school, sharing a first kiss, coming out to their parents, confronting violence and bullying, and immigrating to a new country while holding onto their heritage. Through it all, these young writers tackle issues of race, gender, poverty, sex, education, politics, family, and friendship. Together their narratives capture indelible snapshots of the past and lay bare hopes, insecurities, and wisdom for the future.

Interwoven is advice from great women writers—Roxane Gay, Francine Prose, Chimamanda Ngozi Adichie, Zadie Smith, Quiara Alegria Hudes, Janet Mock, Gloria Steinem, Lena Dunham, Mia Alvar, and Alice Walker—offering guidance to a young reader about where she’s been and where she might go. Inspiring and informative, Girls Write Now belongs in every school, library and home, adding much-needed and long-overdue perspectives on what it is to be young in America. 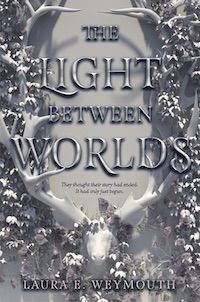 The Light Between Worlds by Laura E. Weymouth

Six years ago, sisters Evelyn and Philippa Hapwell were swept away to a strange and beautiful kingdom called the Woodlands, where they lived for years. But ever since they returned to their lives in post-WWII England, they have struggled to adjust.

Ev desperately wants to return to the Woodlands, and Philippa just wants to move on. When Ev goes missing, Philippa must confront the depth of her sister’s despair and the painful truths they’ve been running from. As the weeks unfold, Philippa wonders if Ev truly did find a way home, or if the weight of their worlds pulled her under.

Walking the line between where fantasy and reality meet, this lyrical and magical novel is, above all else, an exploration of loss and healing, and what it means to find where you belong. 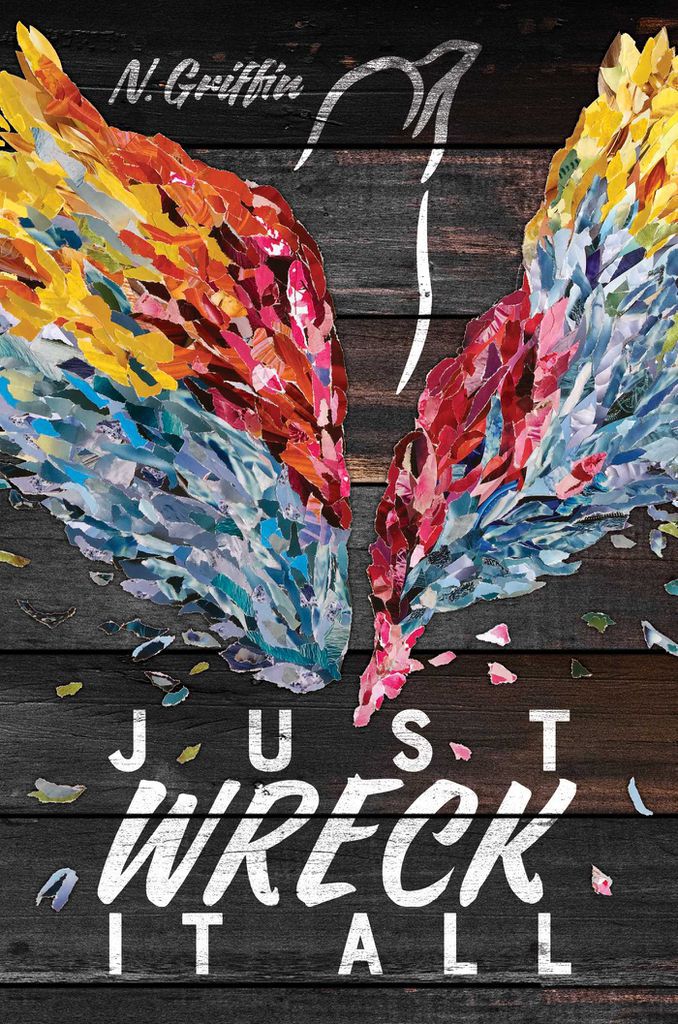 Just Wreck It All by N. Griffin

Two years ago Bett was athletic, fearless, and prone to daredevil behavior (fizzicle feats, she called them). But when a dare gone wrong leaves her best friend severely and permanently injured, everything changes. Now, Bett is extremely overweight, depressed, and forbids herself from enjoying anything in life, from her favorite sports to having friends—anything she determines to be a plus. But some pluses can’t be avoided, and when that happens, Bett punishes herself through binge eating. As long as she can keep the pluses and minuses balanced, she can make it through another day.

Then, on the first day of junior year, it’s immediately clear that Bett has to shift gears. The driver of the small motley crew on the bus with her is also the school’s track coach who is hell-bent on recruiting them all for his team. And running happens to be Bett’s favorite thing to do, which means it’s the last thing she’ll allow herself to do, or else she’ll have to minus each run out with a dozen Hostess cupcakes. Not only that, but there’s a vandal destroying all the art at the school, and Bett finds herself and her new teammates at the forefront of the rebellion against the vandal—despite the fact that this rebellion involves the very same fizzicle feats Bett swore she’d NEVER do again. Suddenly Bett’s life is full of pluses, too many to balance with even a grocery store’s worth of cupcakes. And she finds herself agonizing: Should she continue to punish herself for enjoying life when her best friend can’t in the same way? Or should she finally allow herself to live again? 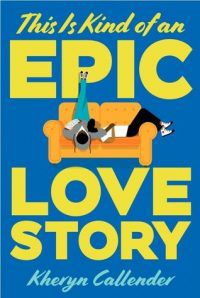 This Is Kind of An Epic Love Story by Kheryn Callendar

Nathan Bird doesn’t believe in happy endings. Although he’s the ultimate film buff and an aspiring screenwriter, Nate’s seen the demise of too many relationships to believe that happy endings exist in real life.

Playing it safe to avoid a broken heart has been his MO ever since his father died and left his mom to unravel—but this strategy is not without fault. His best-friend-turned-girlfriend-turned-best-friend-again, Florence, is set on making sure Nate finds someone else. And in a twist that is rom-com-worthy, someone does come along: Oliver James Hernández, his childhood best friend.

After a painful mix-up when they were little, Nate finally has the chance to tell Ollie the truth about his feelings. But can Nate find the courage to pursue his own happily ever after?