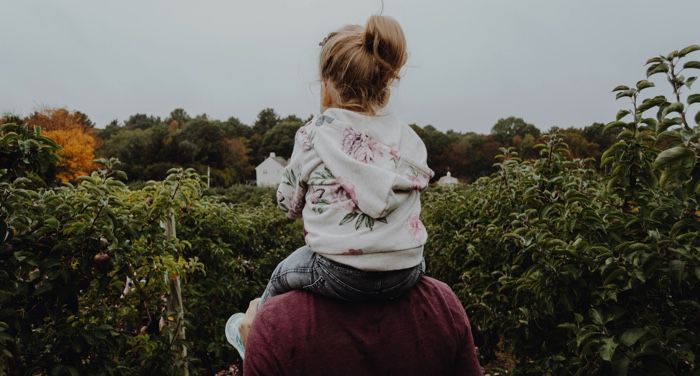 “The X’s Daughter” is an intriguing title trend that I have noticed for years.I call it a trend, because I feel like I’ve seen more and more books titled this way in the past few years. However, I remember being  a young teenager looking at titles that followed the formula of The + Occupation’s + Daughter. Why wasn’t the daughter good enough to have her own title? I suppose “The High School Student” isn’t as much of a draw as “ The Sous Chef’s Daughter.” (I’m being hyperbolic; I would totally read that book.) Why not then, just have “The Attorney” or “The Landscaper” as a title? These “X’s Daughter” books are often sweeping, historical fiction books. I always find myself drawn to them. If you are too, these books might be the perfect Sunday read.

The Bonesetter’s Daughter by Amy Tan 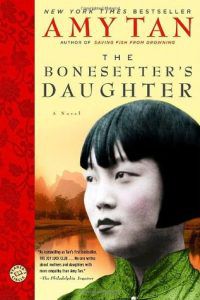 As the only adult child of an aging, widowed mother, Ruth becomes caregiver as her mother’s health deteriorates. Ruth finds her mother’s memoirs about her childhood in pre-revolution China. She finally begins to reconnect with her mother through their shared experiences.

In Puritan New England, there is little room for anything unusual. Sarah Carrier and her mother Martha must stand together as Martha is accused of and imprisoned for witchcraft. Kent draws from her own family history, being a 10th generation descendant of the real Martha Carrier.

The Botanist’s Daughter by Katye Nunn

In Victorian England, Elizabeth follows in her botanist father’s footsteps, seeking out a rare plant. Her adventure leads her wild, dangerous directions. Meanwhile, in present day Australia, Anna finds a botanist’s sketchbook and seeds, unsure of where her journey will take her.

The Astrologer’s Daughter by Rebecca Lim

Avicenna’s mother, Johanne, has gone missing. Even more worrisome is Johanne’s uncanny psychic abilities and history of being stalked. Can Avicenna tap into her own abilities to save her mother in time?

The Ringmaster’s Daughter by Jostein Gaarder

When one of his circus performers falls to her death, the ringmaster finds her in possession of the very necklace that he gave to own child, 16 years previous. The ringmaster’s story is narrated by imaginative and cunning story weaver, Petter. 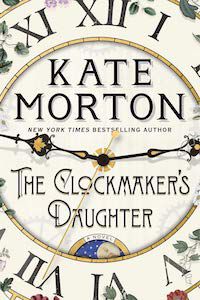 The Clockmaker’s Daughter by Kate Morton

A group of artists are to spend a lazy summer in London working on their art. At the end of the summer, tragedy strikes the group. Nearly 200 years later, Elodie, an archivist finds a photograph of a striking woman clutching a sketchbook. Somehow, Elodie feels connected to the woman, and must find answers.

The Calligrapher’s Daughter by Eugenia Kim

Independent and strong willed Najin Han wants to follow in her mother’s footsteps as a calligrapher in early 20th century Korea. Najin faces her stern, traditional father who seeks to marry her into a wealthy family. Follow Najin’s life over 30 years as she strives towards education, liberty, and love.

My Father’s Daughter by Hannah Pool*

In this memoir, Hannah Pool explores her life as a British adoptee from Eritrea. When a letter arrives from her biological brother, she hides it away until she is ready to seek out her biological family and what life could have looked like for her.

*Okay, technically not “The Occupation’s Daughter,” but close enough.

A single choice splits a family in two. When he delivers his own twins, Dr. David Henry decides to send his daughter, born with Down Syndrome, away. The nurse tasked with the deed decides to raise the child instead. The two families, one grieving and lost and the other small but loving, must face the consequences of Henry’s choice. 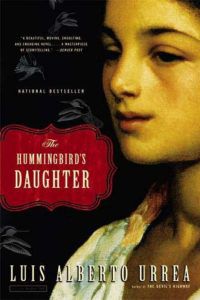 Sixteen-year-old Teresita wakes from a dream in which she died, but it’s not just a dream. Teresita wakes from the dead with the mysterious ability to heal others. Set against the Mexican Civil War, The Hummingbird’s Daughter is the story of loss, faith, and sudden sainthood.

These are just a handful of the many titles that follow the “Occupation’s Daughter” trend.

What title trends have you noticed?