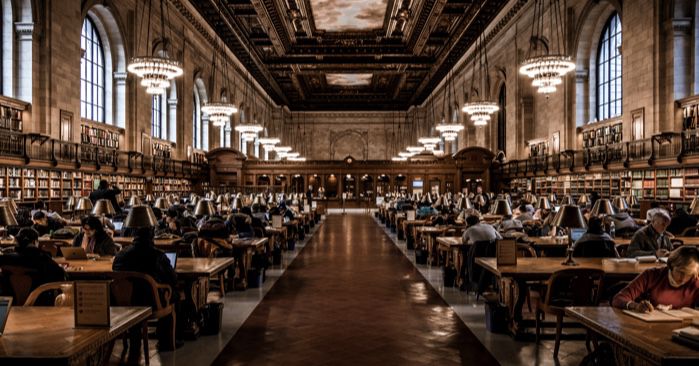 New York City Mayor Bill De Blasio announced in July that the city would provide 100,000 “learning lab” seats to enhance the city’s plan for a blended learning model in the 2020–2021 school year. With less than two months to go before the school year begins, this plan is ambitious to say the least.

The blended school year plan, announced on July 8, requires each of New York’s 1,606 schools to choose to operate either two or three cohorts, which will provide in-person learning either 1/2 or 1/3 time respectively, with the rest of the school hours being remote learning. To help alleviate the pressure on parents to monitor the remaining school hours, the city is setting up “learning labs,” made up of 15 students each. The labs will be “fully supervised” and aim to provide programming in a wide array of areas. Implementing this plan will require utilizing “every conceivable space,” including libraries and community centers, De Blasio said.

He also said that the city will be partnering with libraries and cultural institutions to provide care as well as programming. The question here is, what kind of “care” will New York’s institutions be expected to provide? Libraries especially are a blended space that is often thought of as “safe” for children to explore without supervision. While this is not actually true, it is a common belief; my own parents often sent me to the library alone when I was in primary school. While librarians are educators, they are not teachers or childcare providers. The stated mission of the New York Public Library System is to “inspire lifelong learning, advance knowledge, and strengthen our communities.” In order to fulfill that mission—and similar ones from other cultural institutions in New York—the staff need to be able to do what they have been trained for, and that is not necessarily direct supervision of school-age children.

Libraries and community spaces are an important physical part of a city’s overall civic offerings. In a quick conversation, Angela Montefinise, Sr. Director of Public Relations at the NYPL, told me that pre-COVID, library buildings often served as “cooling centers” for people to come into during the New York heat. The library staff steps up programming during the hot summer months so that they can inspire more learning while New Yorkers beat the heat—it’s an excellent opportunity to reach people who may not normally seek out a library. I imagine museums and other cultural centers do the same. This programming, though, is still built around the institution’s individual mandate and mission.

The design of the suggested spaces does not generally lend itself to separating groups of 15 children from one another. One of the advantages of classrooms is that they can be made physically safe and mentally engaging for children. The use of library and community spaces would require some degree of retrofitting to protect both the students and the current contents of those spaces—even without concerns about COVID-19. With White House threats to withhold funding from school districts that do not reopen, school budgets are at even more of a disadvantage than usual, which raises another question: where will the money for all of this come from?

The NYC Department of Education also said it was still too early to have a definitive plan in place for when—not if—someone in the school community tests positive for COVID-19. However, the intention is to have “social emotional learning and trauma-informed care” available to students, teachers, and staff. Students with disabilities or individual educational plans (IEPs) may enroll in face-to-face learning full time. Those with English as their second language will also have additional access to in-person learning.

All in all, this is an example of a city trying hard to figure out how to handle the 1.1 million students who deserve an education and whose parents need to be able to work to support their families. There are no good answers in 2020, but here’s hoping that these discussions bring about some good ideas that other school districts around the country can use as well.