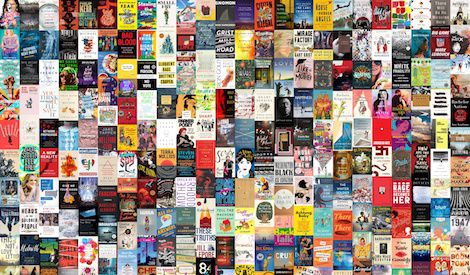 Use the filters below to explore more than 300 titles NPR staff and critics loved this year. (You can also combine filters!) Want even more recommendations?

NPR’s Book Concierge is always fun this time of year.

Nostalgia is a lucrative emotion, but the fans must be respected. Although I believe books can change lives – as Harry Potter changed mine – publishing is a business. For the fans, however, these books have always been much more than a way of blowing cash. There’s enough content to make good editions, but publishers are choosing quantity over quality. Fortunately or not, the 20th anniversary celebration is far from over – there are still 40 more anniversary editions to come between now and 2027. Since I believe in magic, I’m hoping for a surprise.

A really thoughtful piece on the abundance of special editions of Potterverse books.

Estahbanati, like many Iranian students in the United States, has a single-entry visa and can’t leave the country without risking that she won’t be allowed back in. And her parents, as Iranian citizens, are blocked by U.S. President Donald Trump’s travel ban from visiting her in the United States.

She didn’t want to miss her destination: the Haskell Free Library and Opera House.

Estahbanati and her family had agreed to meet around 9 a.m. at the library, which through a historic anomaly straddles the U.S.-Canada border – and today has been thrust into an unlikely role as the site of emotional reunions between people separated by the administration’s immigration policies.

This story is sad and powerful and hopeful and this is the little library that can.