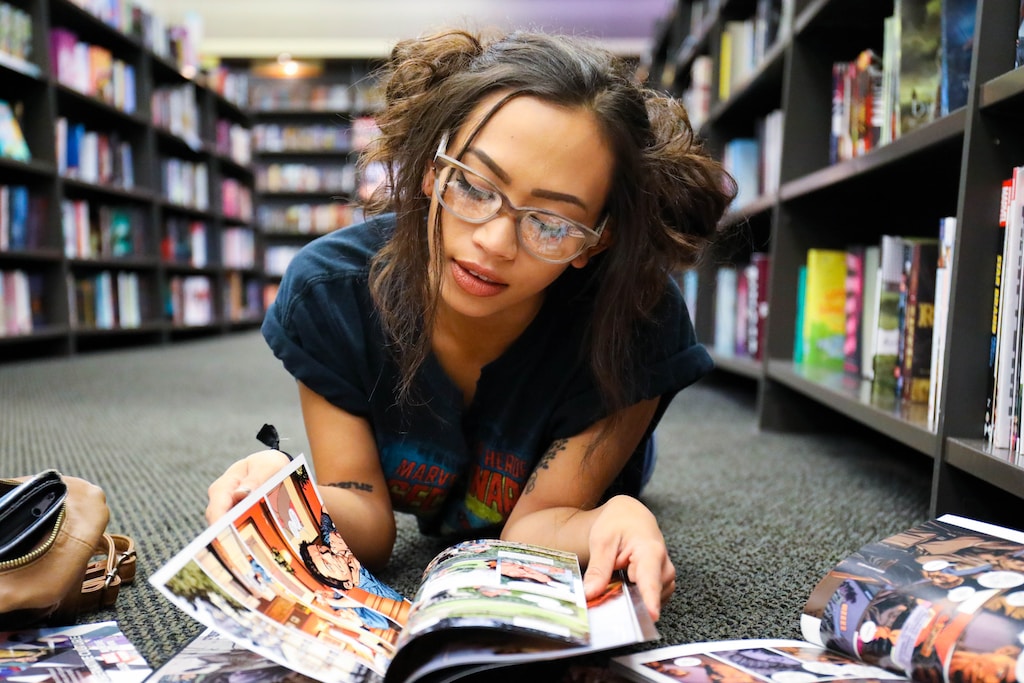 It’s Tuesday, which means it’s time for a new batch of book releases! Here are a few of the books out today you should add to your TBR. This is a very small percentage of the new releases this week, though, so stick around until the end for some more Book Riot resources for keeping up with new books. The book descriptions listed are the publisher’s, unless otherwise noted. 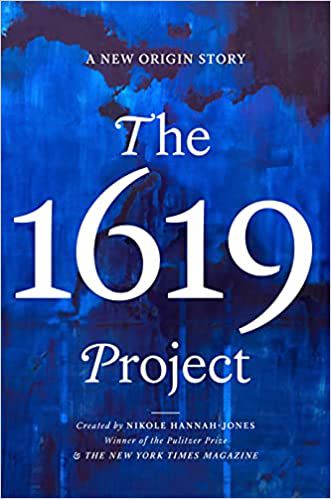 The 1619 Project: A New Origin Story by Nikole Hannah-Jones

A dramatic expansion of a groundbreaking work of journalism, The 1619 Project: A New Origin Story offers a profoundly revealing vision of the American past and present.

In late August 1619, a ship arrived in the English colony of Virginia bearing a cargo of twenty to thirty enslaved people from Africa. Their arrival led to the barbaric and unprecedented system of American chattel slavery that would last for the next 250 years. This is sometimes referred to as the country’s original sin, but it is more than that: It is the source of so much that still defines the United States.

The 1619 Project: A New Origin Story builds on one of the most consequential journalistic events of recent years: The New York Times Magazine’s award-winning “1619 Project,” which reframed our understanding of American history by placing slavery and its continuing legacy at the center of our national narrative. This new book substantially expands on the original 1619 Project, weaving together eighteen essays that explore the legacy of slavery in present-day America with thirty-six poems and works of fiction that illuminate key moments of oppression, struggle, and resistance. The essays show how the inheritance of 1619 reaches into every part of contemporary American society, from politics, music, diet, traffic, and citizenship to capitalism, religion, and our democracy itself. This legacy can be seen in the way we tell stories, the way we teach our children, and the way we remember. Together, the elements of the book reveal a new origin story for the United States, one that helps explain not only the persistence of anti-Black racism and inequality in American life today, but also the roots of what makes the country unique.

The book also features a significant elaboration of the original project’s Pulitzer Prize–winning lead essay, by Nikole Hannah-Jones, on how the struggles of Black Americans have expanded democracy for all Americans, as well as two original pieces from Hannah-Jones, one of which makes a profound case for reparative solutions to this legacy of injustice.

This is a book that speaks directly to our current moment, contextualizing the systems of race and caste within which we operate today. It reveals long-glossed-over truths around our nation’s founding and construction—and the way that the legacy of slavery did not end with emancipation, but continues to shape contemporary American life.

Reasons to read it: For those interested in continuing to learn the American history that has been kept out of American classrooms and textbooks, thereby also learning better ways to be antiracist. This book shows how the past has so clearly made the present we live in. This is also, naturally, for those that read the original 1619 Project and want an expansion. 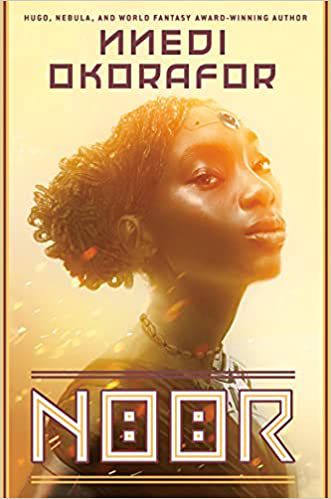 From Africanfuturist luminary Okorafor comes a new science fiction novel of intense action and thoughtful rumination on biotechnology, destiny, and humanity in a near-future Nigeria.

Anwuli Okwudili prefers to be called AO. To her, these initials have always stood for Artificial Organism. AO has never really felt…natural, and that’s putting it lightly. Her parents spent most of the days before she was born praying for her peaceful passing because even in-utero she was “wrong”. But she lived. Then came the car accident years later that disabled her even further. Yet instead of viewing her strange body the way the world views it, as freakish, unnatural, even the work of the devil, AO embraces all that she is: A woman with a ton of major and necessary body augmentations. And then one day she goes to her local market and everything goes wrong.

Once on the run, she meets a Fulani herdsman named DNA and the race against time across the deserts of Northern Nigeria begins. In a world where all things are streamed, everyone is watching the “reckoning of the murderess and the terrorist” and the “saga of the wicked woman and mad man” unfold. This fast-paced, relentless journey of tribe, destiny, body, and the wonderland of technology revels in the fact that the future sometimes isn’t so predictable. Expect the unaccepted.

Reasons to read it: For a world that is meant to be an extension of our own that explores otherness and capitalism as they relate to technology. Also, for fans of Akata Witch, Binti, and works by other authors that center West African people and their lives. 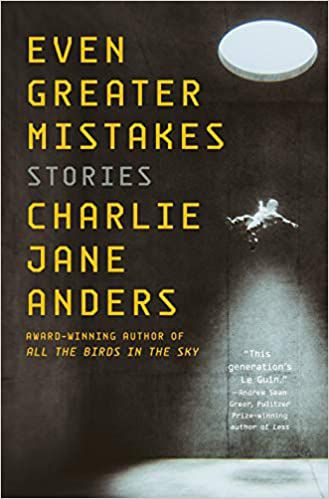 A wildly popular slapstick filmmaker is drawn, against his better judgment, into working with a fascist militia, against a background of social collapse.

Two friends must embark on an Epic Quest To Capture The Weapon That Threatens The Galaxy, or else they’ll never achieve their dream of opening a restaurant.

The stories in this collection, by their very outrageousness, achieve a heightened realism unlike any other. Anders once again proves she is one of the strongest voices in modern science fiction, the writer called by Andrew Sean Greer, “this generation’s Le Guin.”

Reasons to read it: Fans of the author’s other works like All the Birds in the Sky and Victories Greater than Death, as well as newcomers are sure to appreciate this gathering of stories that include everything from an apocalyptic novella, stories set in the worlds of two of her other novels (All the Birds in the Sky and The City in the Middle of the Night ). Among Anders’s characters are trans girls, people suffering from dementia, a psychic couple, fairy werewolves, and more, all of which she writes with necessary care. The tone of the stories shifts from silly to serious to mournful in this great collection. 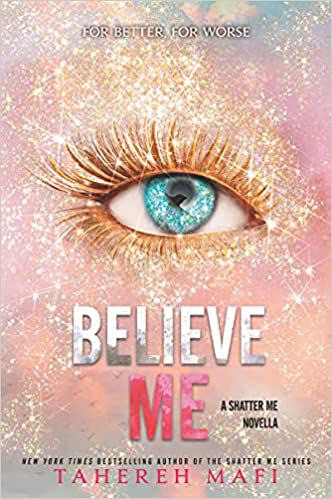 Believe Me by Tahereh Mafi

Juliette and Warner fought hard to take down the Reestablishment once and for all. Life in the aftermath isn’t easy, as they and their friends at the Sanctuary work with their limited resources to stabilize the world.

Warner has his sights set on more than just politics. Since he proposed to Juliette two weeks ago, he’s been eager to finally marry her, the person he loves more than anything and has endured so much to be with. But with so much chaos around them, it’s been nearly impossible for them to have a wedding. And even Juliette has been distracted by everything they need to do.

At long last, Warner and Juliette’s future together is within reach, but the world continues to try to pull them apart. Will they finally be able to be happily, officially, together?

Reasons to read it: The devastatingly romantic fifth novella in the New York Times and USA Today best-selling Shatter Me series, chronicling the events after Imagine Me, the explosive sixth novel. Fans of the series will appreciate the story being told from Warner’s point of view. 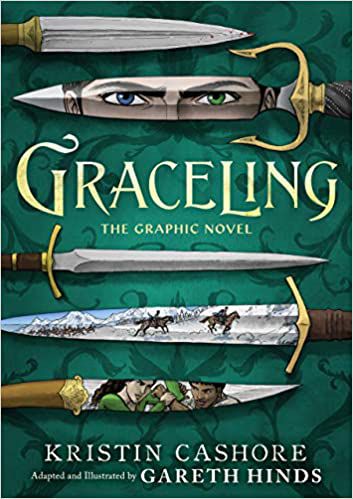 Katsa is a Graceling, one of the rare people born with an extreme skill. As niece of the king, she lived a life of privilege until the day her ability to kill a man with her bare hands revealed itself during a royal banquet. Now she acts as her uncle’s enforcer, traveling the kingdom and threatening those who dare oppose him.

But everything changes when she meets Po, a foreign prince Graced with combat skills who is searching for the truth about his grandfather’s disappearance. When Katsa agrees to help him, she never expects to learn a new truth about her own Grace—or about a terrible secret that could destroy them all.

Reasons to read it: The beloved New York Times best-selling YA fantasy by Kristin Cashore is now available as a graphic novel, with stunning illustrations by award-winning artist Gareth Hinds. Old fans will appreciate the story being brought to life through illustrations, and new ones will welcome a gorgeously told YA novel about consent, power, and how they affect the individual as well as everyone as a whole. 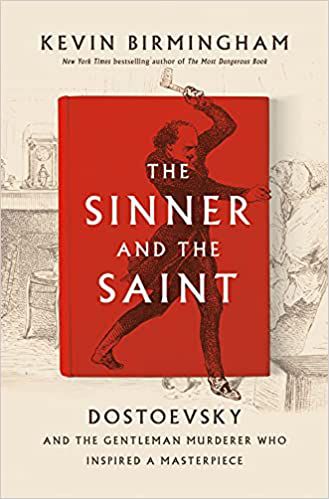 The Sinner and the Saint: Dostoevsky and the Gentleman Murderer Who Inspired a Masterpiece by Kevin Birmingham

The Sinner and the Saint is the deeply researched and immersive tale of how Dostoevsky came to write this great murder story — and why it changed the world. As a young man, Dostoevsky was a celebrated writer, but his involvement with the radical politics of his day condemned him to a long Siberian exile. There, he spent years studying the criminals that were his companions. Upon his return to St. Petersburg in the 1860s, he fought his way through gambling addiction, debilitating debt, epilepsy, the deaths of those closest to him, and literary banishment to craft an enduring classic.

The germ of Crime and Punishment came from the sensational story of Pierre François Lacenaire, a notorious murderer who charmed and outraged Paris in the 1830s. Lacenaire was a glamorous egoist who embodied the instincts that lie beneath nihilism, a western-influenced philosophy inspiring a new generation of Russian revolutionaries. Dostoevsky began creating a Russian incarnation of Lacenaire, a character who could demonstrate the errors of radical politics and ideas. His name would be Raskolnikov.

Lacenaire shaped Raskolnikov in profound ways, but the deeper insight, as Birmingham shows, is that Raskolnikov began to merge with Dostoevsky. Dostoevsky was determined to tell a murder story from the murderer’s perspective, but his character couldn’t be a monster. No. The murderer would be chilling because he wants so desperately to be good.

Reasons to read it: If you enjoyed the New York Times best-selling The Most Dangerous Book by the same author, who is also an award-winning historian. Also pick this up for insight into the life of one of Russian literature’s most influential writers.