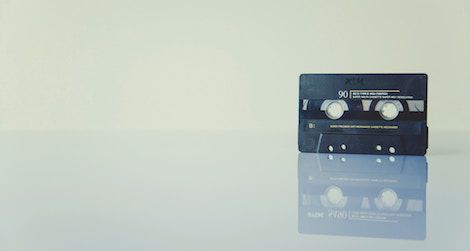 Many authors are inspired by music, listen to it as they write their books, and may even publish lists of existing songs as an unofficial soundtrack. Some authors, go a step further and create original music for their books. 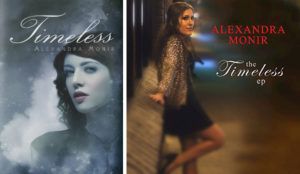 I first became aware of books with accompanying original music back in my book blogger days when I received a CD from Alexandra Monir along with the book Timeless. In Timeless, Michele moves in with her grandparents after a tragedy and discovers a diary that takes her back to 1910, where she meets and starts to fall for a man who has literally starred in her dreams. Monir, who is also a recording artist, wrote and recorded three songs as The Timeless EP. The songs were co-written with one of Christina Aguilera’s songwriters and produced by a regular collaborator of Lady Gaga. 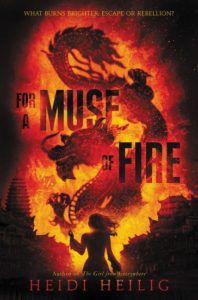 Recently, one of my favorite authors, Heidi Heilig, wrote original songs to accompany her newest release. For a Muse of Fire is a YA fantasy about a girl with bipolar disorder who channels the spirits of the dead in a colonized country where magic is forbidden. The songs appear in the text of the book as sheet music. She offered mp3s of the four original songs as an incentive for readers who pre-ordered the book and is now offering to email them to anyone who checks out the book from the library or requests that their library order it if they don’t already have it. You can preview one of the songs, “La Lumière,” at Heilig’s website.

Like Monir, this is not Heilig’s first foray into original music. She has a Masters in Fine Arts from New York University in musical theater writing and has written book and lyrics for many shows, including The Time Travelers Convention, Under Construction, and The Hole. 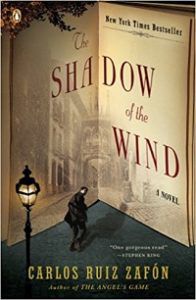 Award-winning Barcelonian author Carlos Ruiz Zafón takes this a little further. He composes complete soundtracks for piano and symphony orchestra for many of his novels. They are available on his website, but his composition based on The Shadow of the Wind and The Angel’s Game premiered in April 2014 at the Palau de la Música in Barcelona. Ruiz Zafón is a self-taught musician who has been interested in music since an early age.

The illustrated cyberpunk anthology Foreshadows: The Ghosts of Zero is something else entirely. Twenty-eight authors, musicians, and graphic artists partnered up to create the anthology, which comes with a CD soundtrack. Every story is paired with either an instrumental or song and the two pieces of art are intrinsically linked.

In I, Lucifer by Glen Duncan, God offers the devil a chance at redemption by living a sinless life as a human. While writing the novel, Duncan was staying with a member of the band The Real Tuesday Weld and their album—also titled I, Lucifer—developed at the same time as the book.

Colleen Hoover partnered with musician Griffin Peterson to produce an original album for Maybe Someday, a New Adult romance about a girl who falls for her musician neighbor.

In researching this topic further, I discovered several more authors who either wrote and produced or commissioned original songs to accompany their books. Young Adult author Maggie Stiefvater’s Soundcloud is sprinkled with instrumentals for favorites such as All the Crooked Saints and The Raven King. String Bridge by Jessica Bell is accompanied by an original soundtrack called Melody Hill: On the Other Side written and performed by the author. Lucy Keating’s Dreamology has an original theme song called “Wake Up With You”, performed by the author.

Some authors have recruited their existing band-mates into the process. Kevin Emerson and his band Northern Allies performed original songs from his novel Exile. Damsel Distressed by Kelsey Macke has a companion album, Imogen Unlocked, written and performed by the author’s band Wedding Day Rain.