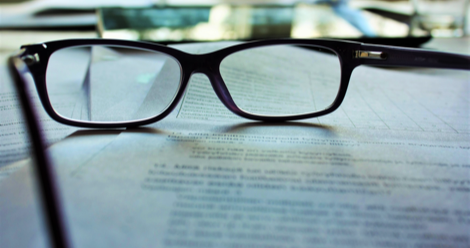 This is a guest post from Sam Burt. Sam is a tutor and copywriter living in east London. He spends half his time trying to get kids to do what they’re told; he spends the other half doing the same with words. A book a week keeps him happy and (fairly) sane. Working towards a career in publishing also helps. He writes for the Guardian, Huffington Post and OpenDemocracy, and blogs at www.samburt.info. Twitter: @wordsburt

Philosophers have long argued over the word “I.” Specifically, whether or not we are meaningfully the same person—the same “I”—today as we were in the past, and will be in the future.

For most of us, it is difficult to imagine having a personal identity that is not continuous, stable and linear. Yet these assumptions  are increasingly being challenged by the latest developments in neuroscience and human enhancement. Perhaps “we” will one day replace “I,” however baffling that may seem.

Lucky, then, that some of our great novelists have toyed with our ideas of personhood (and not only in science-fiction). 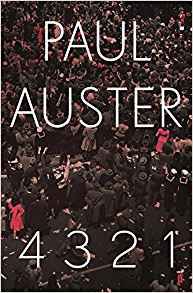 Auster’s Booker-shortlisted doorstopper gives us not one but four possible life stories of its baby boomer protagonist, Archie Ferguson. Each of these narratives run parallel to the others.

Starting from the same basic conditions (with small but significant variations), they add up to a fascinating experiment into the relative importance of nature and nurture in shaping personal identity.

Surprisingly, being made to sympathise with four different versions of the same character deepened my engagement. It focussed my mind on the “essence” of Archie over and above more superficial features of his personality.

Time’s Arrow is the life story of Dr. Unverdorben, a German Holocaust doctor, told in reverse. If that doesn’t sound disorienting enough, it’s also narrated by a semi-detached consciousness residing inside the doctor (think Being John Malkovich).

With the pattern of cause-effect reversed (thieves donate money to strangers, guns resurrect the dead), Amis’s narrator—and, sometimes, the reader—is in a world without rhyme or reason. By unravelling our usual assumptions about linear time and causation, Time’s Arrow makes us re-examine the senseless atrocities of the last century.

The Tin Drum by Gunther Grass

Where Auster presents parallel lives and Amis a life on rewind, in The Tin Drum Grass gives us, essentially, a life on permanent pause, in the form of Oskar, who decides as a child to never grow up. True to his wish, he remains in outward appearance a child throughout his life.

Set against the backdrop of the Second World War, Oskar’s story explores the connections between physiological development and personal identity. In short, without the former, can the latter change and grow? With its unreliable narrator, the novel is decidedly ambiguous. 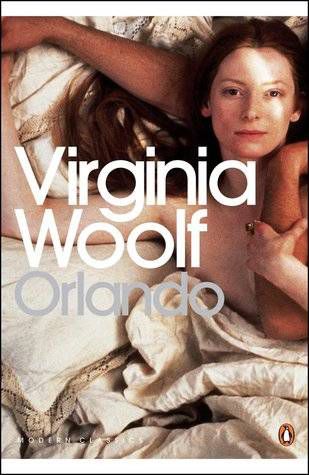 The titular Orlando first appears in Elizabethan England. He undergoes a spontaneous sex change at the age of thirty and survives the next three centuries. As you do…

Apart from its timely exploration of gender fluidity, Woolf’s globe-trotting, swashbuckling tale also addresses the tricky implications of an extended human lifespan. To what extent is a person who changes their sex a different person? Is our personality in some way fixed by our certainty of death? Questions like these make Orlando more than its exquisite prose.

Kochan, the narrator of Mishima’s autobiographical novel, painstakingly builds a false personality to hide his true self (chiefly to repress his homosexual desires). Told in claustrophobic first-person, we see him calculating every decision, seeing the world he inhabits through the eyes of his elaborate mask.

Unfortunately for Kochan, he gets too good at pretending, and in the end can no longer find the boundary between his real feelings and what he wants to feel: “I was tormented by vain doubts…but I regarded such doubts as only another sort of temptation to sin.”