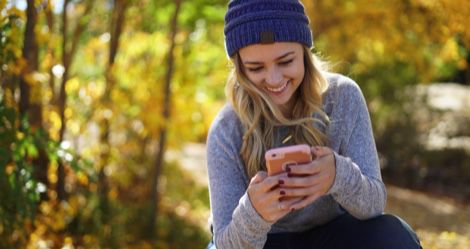 Recently, I was going through my old books from when I was a teen and stumbled on a bunch of books that were made entirely of journal entries, emails, and texts. There are a lot of classics, like ttyl by Lauren Myracle, the first in a series about female teen friendship composed entirely of instant messaging conversations among a group of friends. Meg Cabot wrote a bunch of adult romances entirely pieced together through memos, emails, and to-do lists, but her most iconic was of course her diary-entry classic The Princess Diaries.

I remember loving these; but I also remember people hating on them desperately. I remember adults making comments about how young women couldn’t even read books that aren’t made up of technology anymore, or that don’t resemble blogs. I know a lot of friends who turned against them by the time we were adults, recollecting them as vapid and superficial. But something changed in me from then to now, as I looked down at piles of these books about female love and friendship. 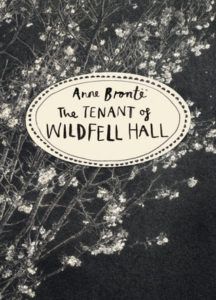 Since I was that age, I’ve read several gothic novels. And many of them are made up entirely of convenient letters and diary entries. In The Tenant of Wildfell Hall, the narrative is told entirely in letters our protagonist writes to some friend, and a mystery is solved when his love interest presses several pages into his hands that hold her entire life story, told with intricately detailed dialogue and description. It’s not the only classic built entirely on the reporting of conversations, or told through letters, diary entries, or notes.

So if so many of our now-lauded classics are built out of ephemera, in the same disjointed manner as early-2000s YA that was built of texts, emails, or blog entries, why was this kind of YA criticized so much?

An excellent piece a few years ago in The New York Times looked back at a time when novels were considered bad for us: escapist fiction that would dull our brains and ruin our intelligence. And when I say bad for “us,” I mean the main demographic that was digging into novels at that time: women. The article points out specifically that the worry over novels melting brains was gendered: people thought novels would have a negative impact on women, among other things, by inspiring them with liberal, radical ideas (what a bummer, right?).

Today, concerns about superficiality, overuse of technology, and social media use often fall disproportionately onto women and young girls, focusing on everything from our love of selfies to the ways we communicate or show our love for the things we enjoy. When young girls enjoy something, it’s more likely to get hate than encouragement, more likely to be dismissed.

With all this knowledge I’ve gained over the years, I found myself looking at these old novels, on my old bedroom floor, in a different light than I had done during, say, my college years. Some of these were certainly overly superficial, or focused too much on romance. But they were mostly focused on female friendship and communication. I don’t remember a ton about Lauren Myracle’s series, but I remember its focus was on a group of friends who fell apart and back together, who dealt with traumas and supported each other through rough times, who fought and came back together.

These “silly” novels gave young girls a voice in their own way. They may have been escapist fiction, but so were popular novels back in the day. And they were made up of the communications that women were using to connect with each other when they couldn’t always talk in real life. Just as with the novel once, just as with social media and the romance genre today, a lot of the hate these poppy 2000s novels received came only because young women liked them, and used them to find their own voices.