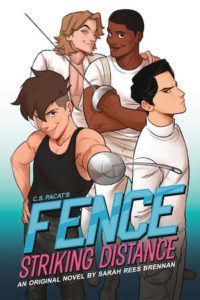 Sixteen-year-old Nicholas Cox is the illegitimate son of a retired fencing champion who dreams of getting the proper training he could never afford. After earning a place on the elite Kings Row fencing team, Nicholas must prove himself to his rival, Seiji Katayma, and navigate the clashes, friendships, and relationships between his teammates on the road to state championships. The first installment of this original YA novel series by Sarah Rees Brennan, rich with casual diversity and queer self-discovery, explores never-before-seen drama inspired by C.S. Pacat's Fence comic series and boasts original cover and interior art by Johanna The Mad.

I’ve always been a reader, but I didn’t always read comics. In fact, I only got into comics about three years ago: Wonder Woman, Captain Marvel, Ms. Marvel, and Star Wars were some of the first ones I read. As I started to read more and more comics, I realized just how extensive the comics world can be in many ways. I’ve also really loved reading novels inspired by comics—I’ve found that it’s another way to read about my favorite characters, and they can fill in a lot of backstory and other events in a new medium. This is by no means an exhaustive list, but here are some of my favorites. 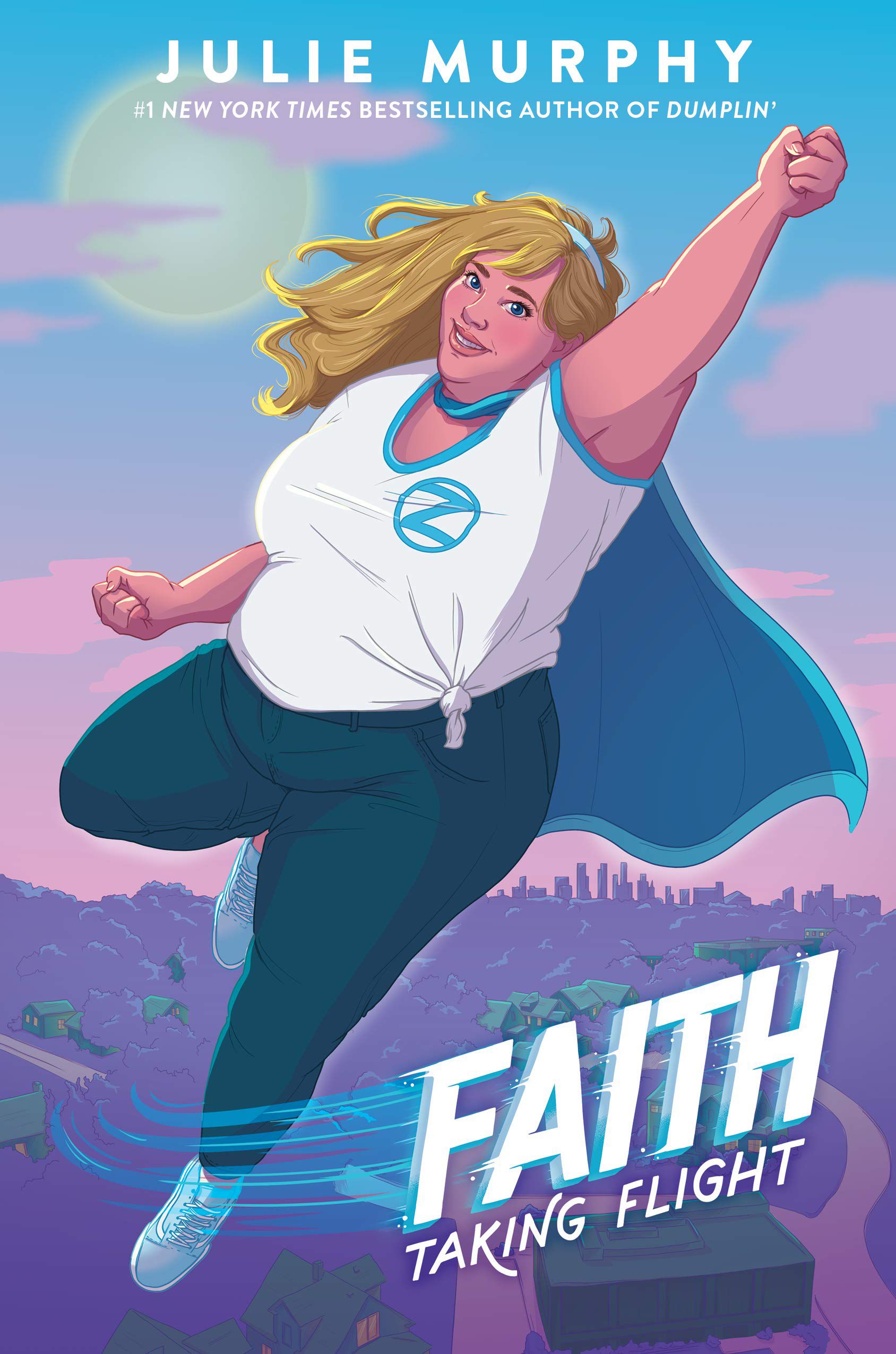 If you’re familiar with Faith, you’re in for a treat. If you’re not familiar with her, this will be even more delightful. Faith is an ordinary teen, except for that little thing of recently realizing she can fly. When her favorite television show relocates filming to her town and the lead actor takes a liking to her, it seems too good to be true—and it might just be, considering that she’s realizing that animals and people around town start to go missing. No one seems to be connecting it to a new drug that’s popular in school, and when Faith starts investigating, things start to get dicey. 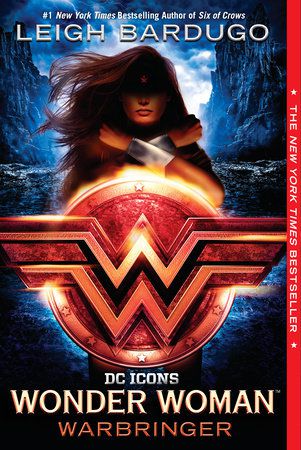 Though there is a graphic novel version, I recommend the original novel to complement the comics. Bardugo is a master storyteller, and she does great work in this story of Diana before she was legendary. After unwittingly saving Alia, a girl who is a Warbringer, they have to find a way to work together or both of their worlds will be destroyed. If you’re a fan of all things Wonder Woman, or just want some more backstory and world-building of Diana, this is a good choice. 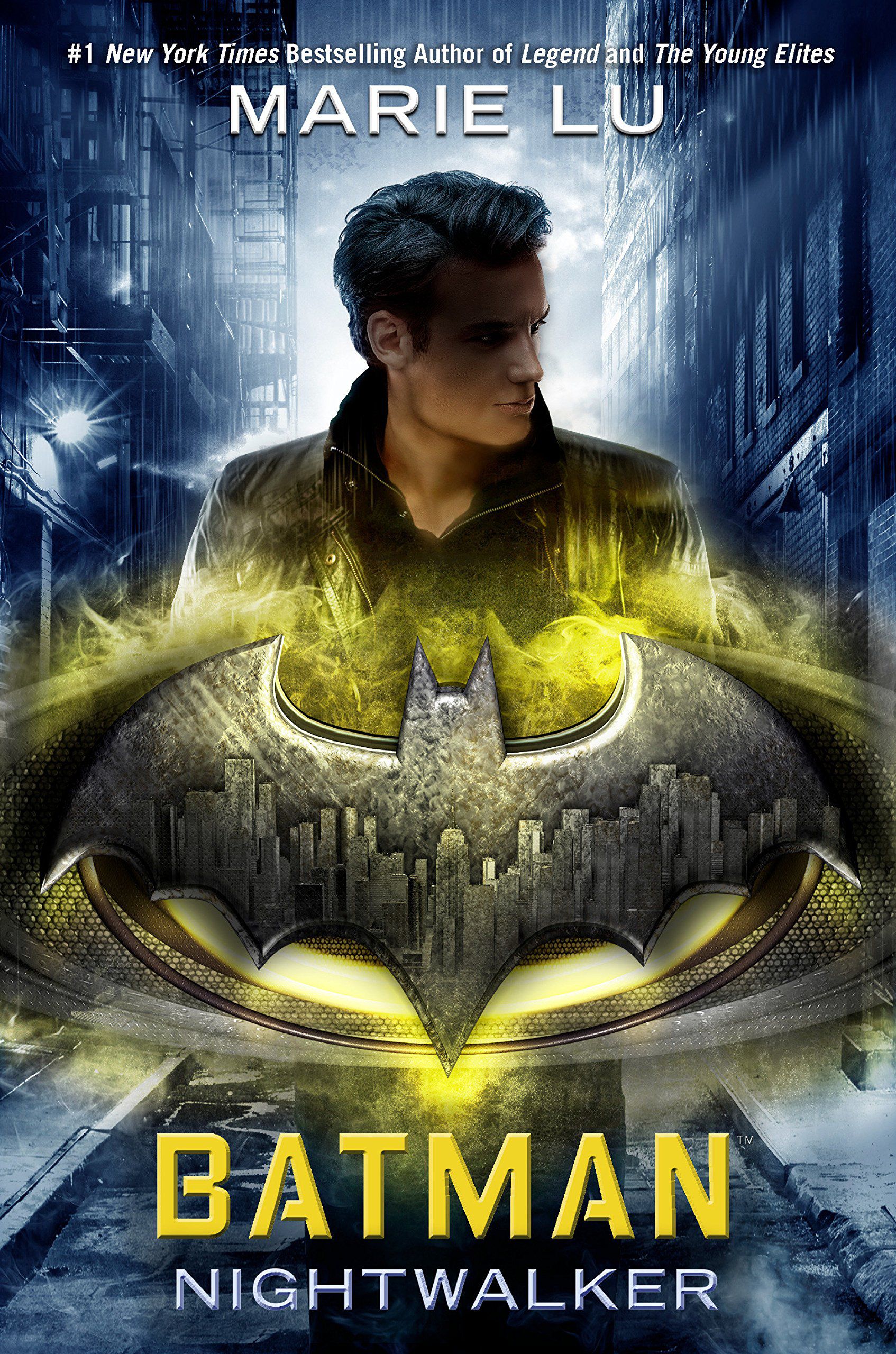 This is in the same DC series as the Bardugo book. In this novel, Lu looks at Batman before he was Batman, when he was just Bruce, just before he turns 18. He’s on the verge of inheriting everything, and ends up having to do community service at Arkham Asylum, where he meets a girl with ties to the Nightwalkers who are wreaking havoc on the city. He thinks she’s providing him with a mystery on how to save the city, but is she the one using him? 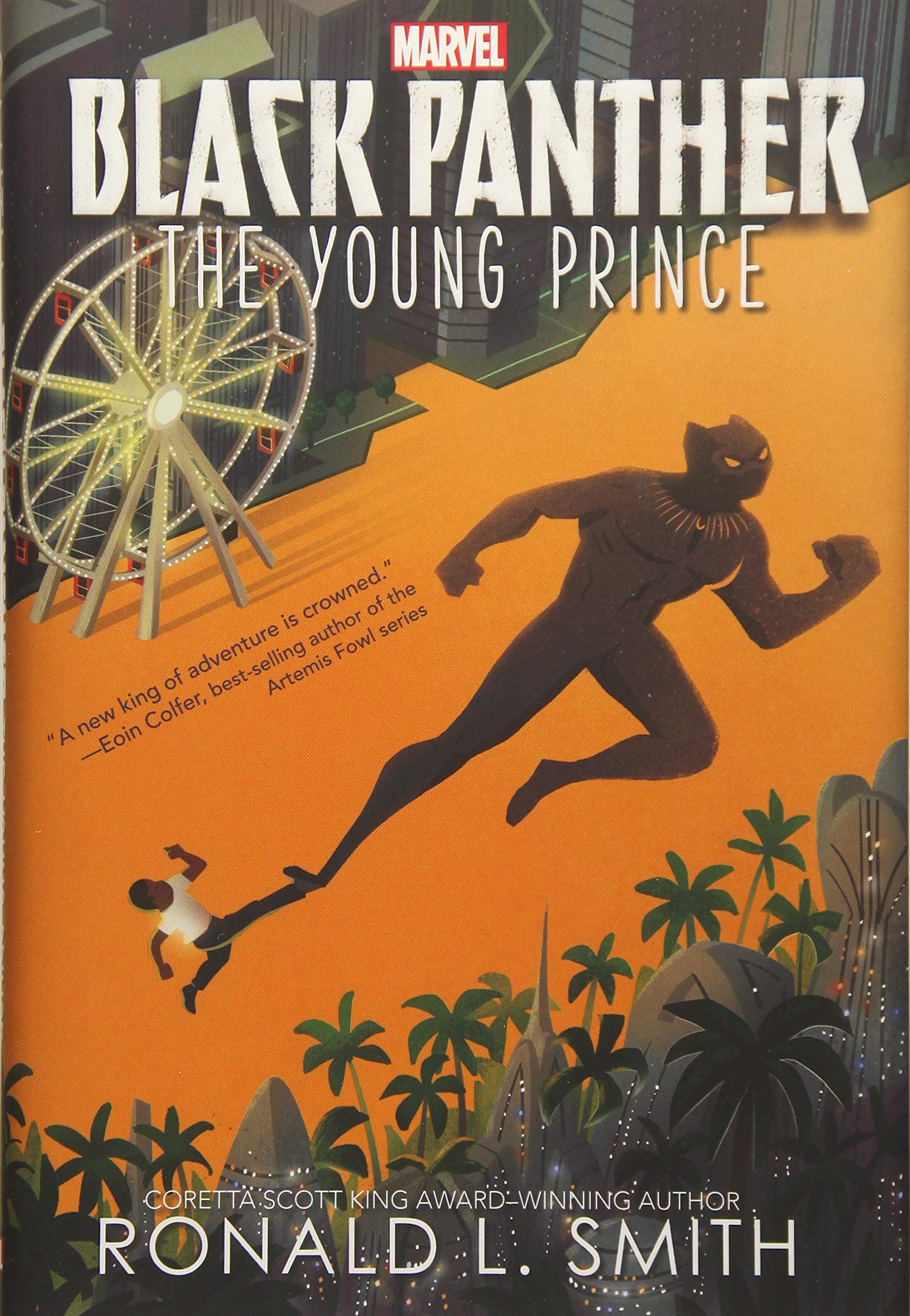 I confess, I love these middle grade/YA Marvel novels. They’re fun, quick reads, and for me they add a shot of pure delight to the characters. This novel finds T’Challa as a 12-year-old in Wakanda, with his best friend M’Baku—and then T’Challa’s father announces he is sending him to school in America, along with M’Baku. Adjusting to a new school in a new country can be hard enough, but when weird things start happening, T’Challa realizes he needs to step up and take action. 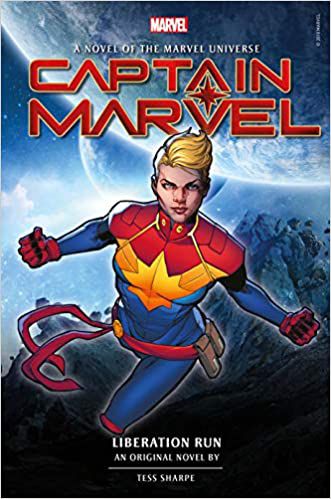 I can never get enough Carol Danvers, so books are a nice addition to the comics. In this book, Captain Marvel saves a spacecraft from crashing, but finds out that the captain, Rhi, is an Inhuman. Rhi is searching for help, as Inhumans are treated poorly on her planet, and so Danvers agrees to go back with her and help, along with some fellow superheroes.

Miles is probably my favorite Spidey. Reynolds has crafted a super-fun YA novel about him, where he’s already established as Spider-Man, but his spidey-sense has been a bit off lately. When things lead to a school suspension, Miles wonders if he’s still got it in him to be a superhero. Things keep piling up: schoolwork, haunting nightmares, racism in the classroom—and then he discovers that there’s something even more sinister going on…and he needs to step up as Spider-Man. 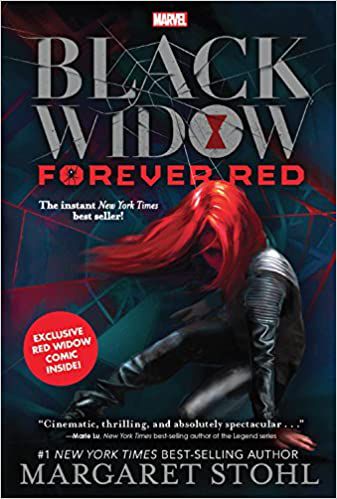 If you’re an Avengers fan, this is a good one to pick up. Natasha rescued Ava years ago, and Ava was placed under S.H.I.E.L.D. protection—but hasn’t seen Natasha since. When children in Eastern Europe start disappearing, Natasha suspects someone from her past is involved—and Ava is the person to help her. This is such a great book that adds depth and backstory to Natasha, and is a fast, fun read. 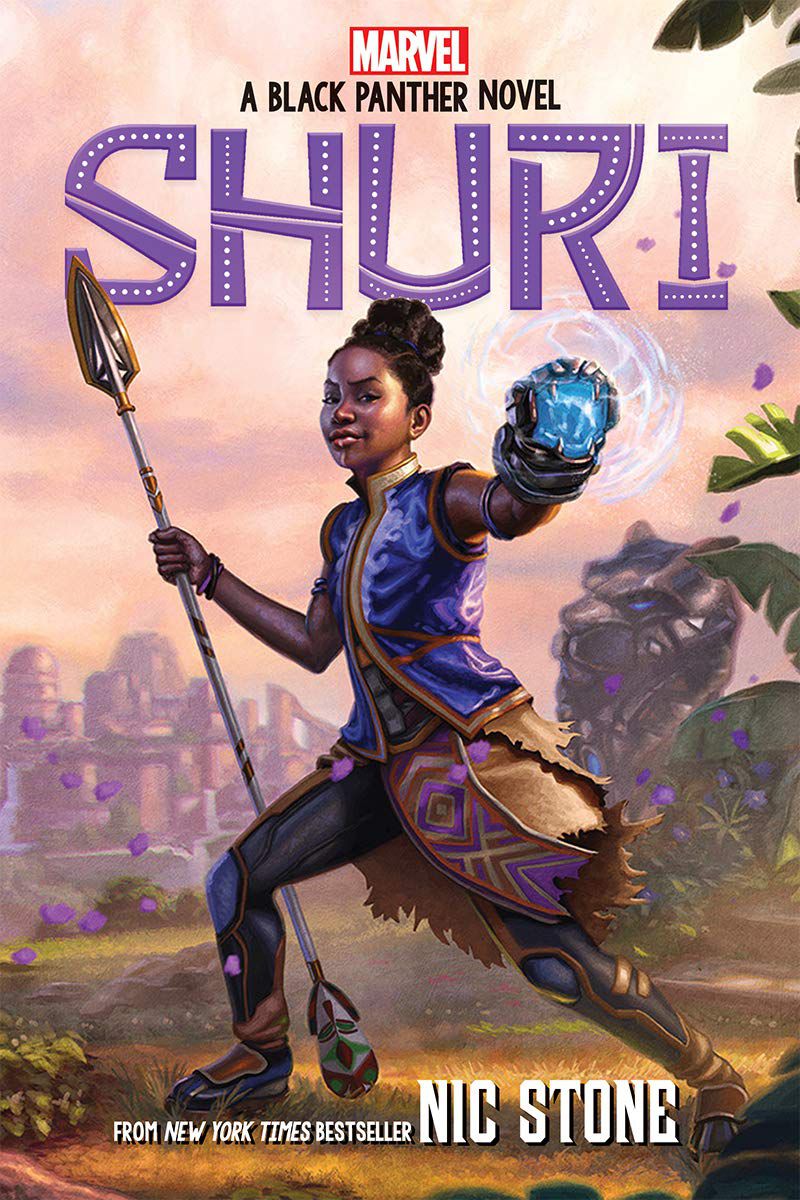 Shuri is one of my favorite Marvel characters. This is the first in an upper middle grade series about Shuri, so it’s perfect for anyone who loves the World of Wakanda. The Heart-Shaped Herb, like vibranium, is central to the survival of Wakanda. But the plants are dying, and no one knows why. In this story, Shuri is tasked with going on a journey to find out why the Herb is dying, and how it can be saved.

Which novels inspired by comics will you be picking up?