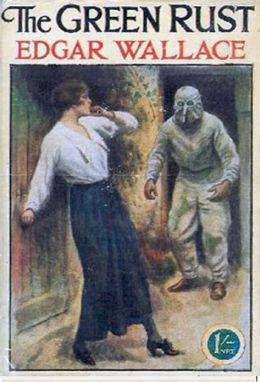 Following reports that the NSA has been spying on Americans, sales of George Orwell’s “Big Brother” story, 1984, increased by more than 6,000 percent in the space of a day. This got us wondering, what other classic novels have the potential to become popular in response to future news stories? 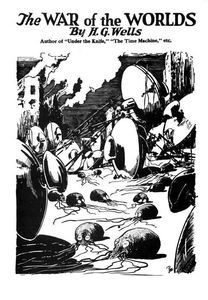 Book: War of the Worlds by HG Wells

This one is obvious. Wells’ classic science-fiction novel is about an attack on earth by martians, and follows a man who struggles to return to his family. It’s hard to believe this book was written in the 19th century and still holds so much power over the popular imagination. Of course, if Earth was invaded by aliens, people would have more pressing things on their mind than picking up a book; but War of the Worlds does have some good survival tips. Just remember the aliens are on the inside of the machine. You gotta lure them out. 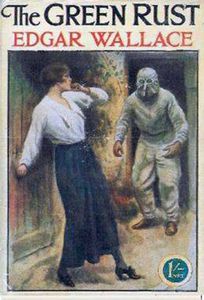 Oh wait, that already happened-ish. Edgar Wallace is most famous for writing the screenplay for King Kong, but he also wrote novels. Many, many weird novels, and this is one of the most enjoyable. The green rust of the title is a mysterious chemical substance that genetically alters crops to make them inedible and/or poison (honestly no one’s sure exactly what it does, they just know it’s bad), a form of biological warfare created by Van Heerden, a German CEO. And by German I mean eeeeeevol. Actually, the green rust is just a MacGuffin and the book isn’t about that at all; but it’s interesting that in 1919 Wallace was anticipating the use of weapons of mass destruction in a war between the Allied and Axis powers. Once the green rust is loose, it’s guaranteed to spread all over the globe, killing everyone. Van Heerden is so German—I mean evil—though, he doesn’t care (also he’s not German, but that’s another story). 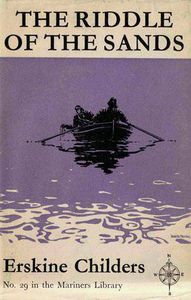 Book: Riddle of the Sands by Erskine Childers

Unlike with The Green Rust, this DIDN’T happen, probably because Winston Churchill used this novel as a blueprint for British operations in the Baltic during World War II. Considered the first proper spy novel, Riddle of the Sands is about two blokes floating about in a boat who suspect Germany is plotting an invasion from the Frisian Islands. The story may be fiction, but Childers knew both sailing and the Frisian Islands inside-out, and wrote non-fiction books and articles about how Britain needed to update its military strategy in the Baltic. It was Riddle of the Sands that made an impact, though. 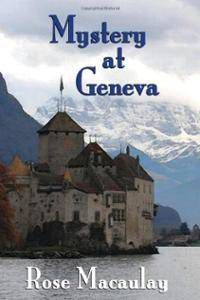 In this masterpiece of irony, Henry Beechtree is a reporter for the British Bolshevist, a 1920’s version of Fox News. He’s in Geneva covering the League of Nations, but delegates keep disappearing. Where are they going? Henry think he knows, but no one cares because they’re too busy talking about useless stuff. Like the green rust, the disappearing delegates in Mystery at Geneva are a MacGuffin. The plot is really just an excuse for Macaulay to make fun of the media, the League of Nations, politics, gender, and European society in general. The axiom the more things change, the more the stay the same could easily be the subtitle of this very odd book (in reality the subtitle is An Improbable Tale of Singular Happenings, and it’s certainly that). What people find news-worthy still boggles the mind, we still struggle with gender equality, and the League of Nations/United Nations still basically just sits around talking and not doing anything. Macaulay was one sharp lady. 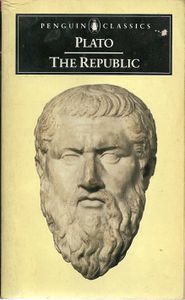 Headline: WORLD IS PERFECT, EVERYONE LIVES IN HARMONY

Probably the only headline on this list we will definitely never see, and also the only book here that was written as pure fantasy and not a warning. But just in case… be careful what you wish for. There are no artists or poets in utopia.