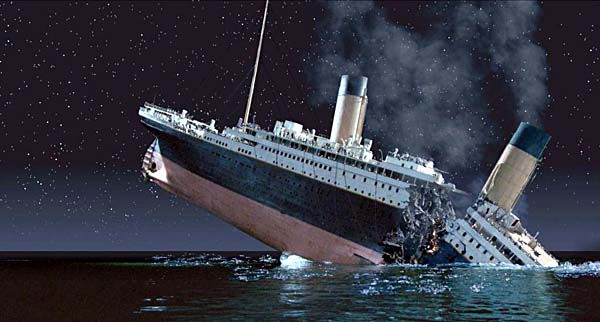 “The sinking of the Titanic is one of the most infamous disasters of the 20th century. Almost everyone has heard of it.

What far fewer people have heard of is a short novel called Futility: The Wreck of the Titan, published by the U.S. writer Morgan Robertson. A novel that tells the story of the world’s largest passenger ship, the Titan, and how it sank after hitting an iceberg.

A novel published 14 years before the Titanic sank.”

Well, that’s a podcast I’m gonna have to listen to.

“And you’re collaborating on turning The House on Mango Street into an opera, too.

Yes, it will be an opera, and I’m so thrilled. My mother would love that. She was a big fan of opera, and she would borrow records from the library and sing along with them because she had a beautiful voice. She couldn’t understand what she was singing, but she followed the words. She would say “Sandra, listen,” and just open her mouth.

The composer Derek Bermel approached my agent. He wanted to do a suite of songs [based on The House on Mango Street], and he sent along a sample of what he does. It made me cry, it was so grand and so filled with emotion. I started blinking back tears. So he created the suite. I loved it. I thought, “I can get into this.” And then he said, “Would you like to work with me and expand it into an opera—and would you like to do the libretto?” I said, “Isn’t that a lovely word, libretto? I would like to add it to what I can do.”

A great article because Sandra Cisneros, but also we’re getting an opera based on The House on Mango Street!

“The hilariously impossible assignment of matching a black-tie getup to the concept of camp made us wonder what some other Met Galas might look like if they continued to be themed to literary concepts. Here are just a few examples.”

If you need a laugh.